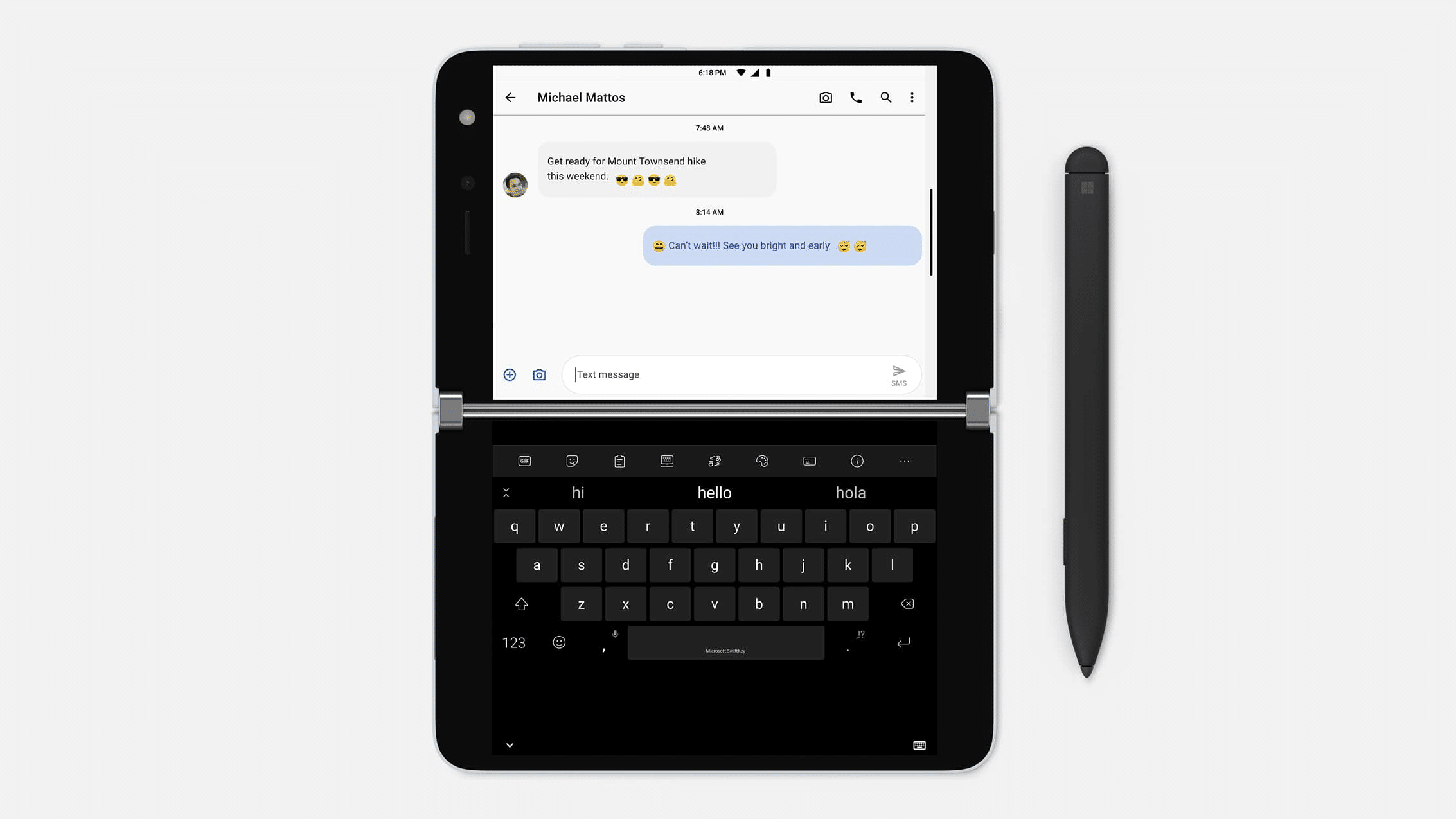 Microsoft Surface Duo is already available for pre-order for $ 1399

Microsoft has officially announced the launch of the Surface Duo dual-screen smartphone. It will be available for purchase starting September 10 at a price of $ 1399. The pre-order is already open.

Let me remind you that Surface Duo was introduced last fall. The device is equipped with two displays that are connected by a 360-degree hinge. The diagonal of each AMOLED screen is 5.6 ″, the resolution is 1800×1350 pixels. Together they form an 8.1 ″ display. When opened, the device is only 4.8 mm thick and weighs 250 grams.

Inside the Surface Duo is the Qualcomm Snapadragon 855 chipset, 6GB of RAM and 128GB or 256GB of storage. There is only one 11MP camera dedicated for video calls. The built-in battery capacity is 3577 mAh. There are also Wi-Fi 5, Bluetooth 5.0, GPS, eSIM modules, a NanoSIM slot, a USB-C port.

The device runs Android 10 and a proprietary shell from Microsoft, which is adapted for two displays. Apps can be opened on one or two screens, and one of the displays can be used as a virtual keyboard or gamepad.

YOU CAN ALSO READ:  iFixit disassembled iPhone 12 and 12 Pro, some components were completely interchangeable

You can pre-order Surface Duo at Microsoft Store and other American online stores. The cost of the version with 256 GB of memory is $ 1499.