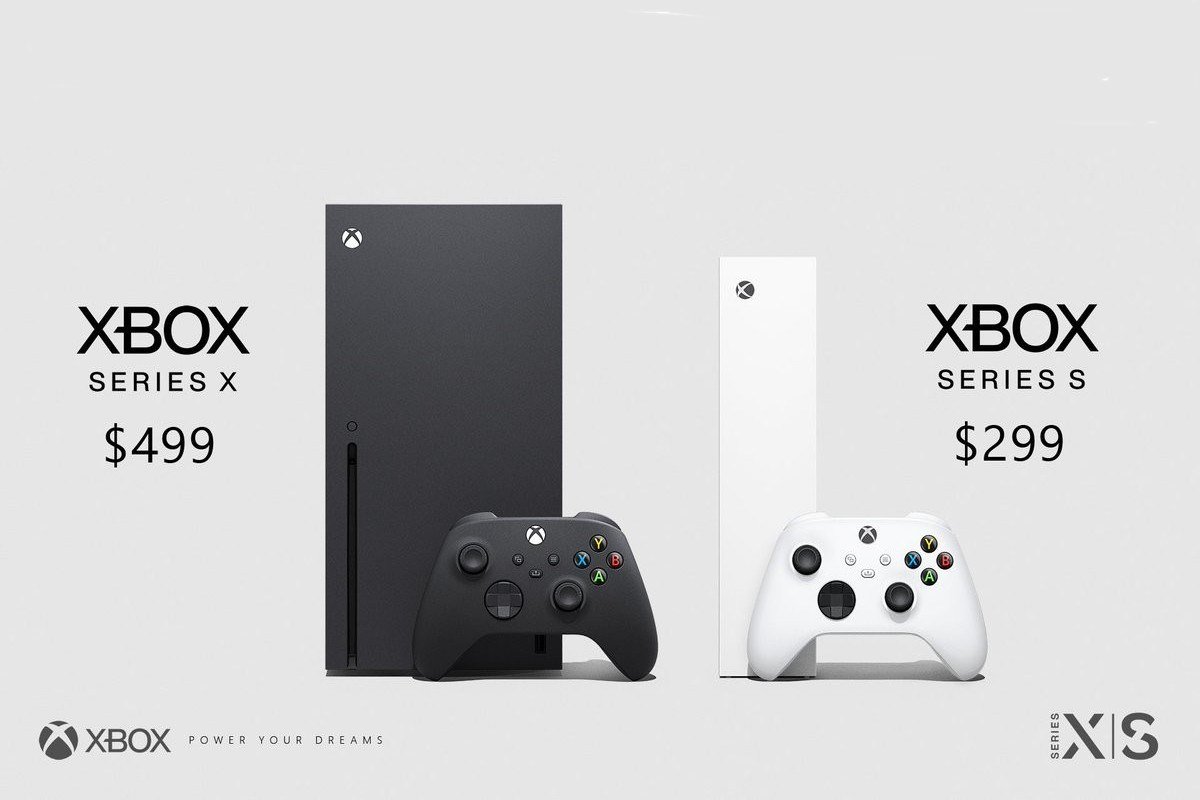 Microsoft has revealed all the details about the Xbox Series S and Xbox Series X. Both consoles will be released on November 10 – for € 299 and € 499, respectively

Yesterday’s major leak, revealing all the missing details about the Xbox Series S and Xbox Series X ahead of time, left Microsoft no other options. The company has just made an announcement. For the most part, it is a repetition of already known information, with the only difference that now the data are of an official nature. However, there were also some (pleasant) surprises.

So, both new Microsoft consoles will be out at the same time: pre-orders will open on September 22, and sales will begin on November 10. The suggested retail prices for Europe are € 299 and € 499 for the younger (diskless) Xbox Series S and the older Xbox Series X, respectively. In the US the prices are the same, but in dollars.

Microsoft has confirmed that Xbox Series S differs from the older model only in the GPU. Its performance is 4 TFLOPS versus 12.15 TFLOPS for Xbox Series X. All due to the reduced number of Compute Units (CU) and reduced operating frequency – 20 pieces and 1.55 GHz versus 52 units and 1.825 GHz for Xbox Series X. Also, the Xbox Series S received less video memory – 10 instead of 16 GB GDDR6 – and a custom SSD half the size – 512 GB. At the same time, in terms of CPU, there is almost no difference (the same eight AMD Zen 2 cores, but the base frequency is 200 MHz lower). The manufacturer guarantees that Xbox Series S is more than four times more powerful than the Xbox One S – designed for gaming at 1440p with a frame rate of up to 120 fps, and is also equipped with a hardware upscaler to pull up picture quality when connected to 4K displays.

YOU CAN ALSO READ:  The international version of the compact game console NEOGEO Mini with 40 classic games is presented on the Xiaomi Youpin platform

The Xbox Series X and Xbox Series S spec sheet clearly shows the differences between the junior and senior consoles. 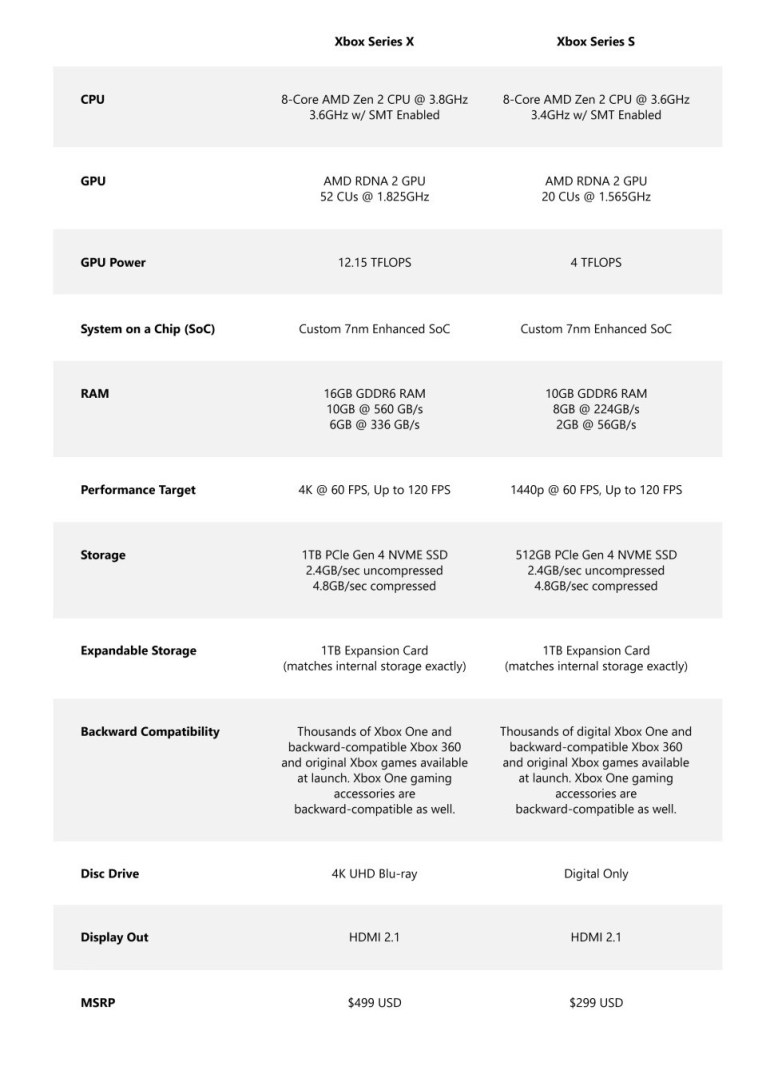 Also, Microsoft has confirmed that both consoles will be available for purchase through the Xbox All Access program. That is, on lease for a fixed monthly fee. The program is designed for two years: for the Xbox Series X the monthly fee is $ 35, and for the Xbox Series S – $ 25. It will be available in 12 countries (Australia, Canada, Denmark, Finland, France, New Zealand, Norway, Poland, South Korea, Sweden, UK and USA), but Ukraine is not included in the list. But they promise in 2021 to connect Xbox All Access for even more countries.

In pleasant surprises, EA Play (formerly called EA Access) will be part of Xbox Game Pass on PC and Ultimate on consoles. This means that access to old EA games, discounts and demos of new titles will be available at no additional cost. Access should be open on the eve of the Christmas holidays. It remains only to wait for the official launch of Xbox Game Pass in Ukraine, or to continue buying activation keys from third-party sellers.

In terms of games, we were previously promised 50 cross gene games by the end of the year, in addition to a few exclusives like The Medium and a huge catalogue of older games available through backward compatibility with all previous consoles. If we talk about new projects, the launch line will include the Scandinavian action game Assassin’s Creed Valhalla from Ubisoft – promise that the game will run on Series X in 4K at 60 fps.

Assassin’s Creed Valhalla launches with Xbox Series X | S on 10th November, 2020.
Build the legend of a Viking raider on any console.
Upgrade from Xbox One to Xbox Series X at no additional cost. pic.twitter.com/0IH29wpbIz

Also in the starting lineup, there will be a racing simulator DIRT 5. That is, as expected, Codemasters postponed the release date for the release of new consoles Microsoft.

And in even bigger news …#GearsTactics comes to console on November 10. https://t.co/wRcrGWoFAK