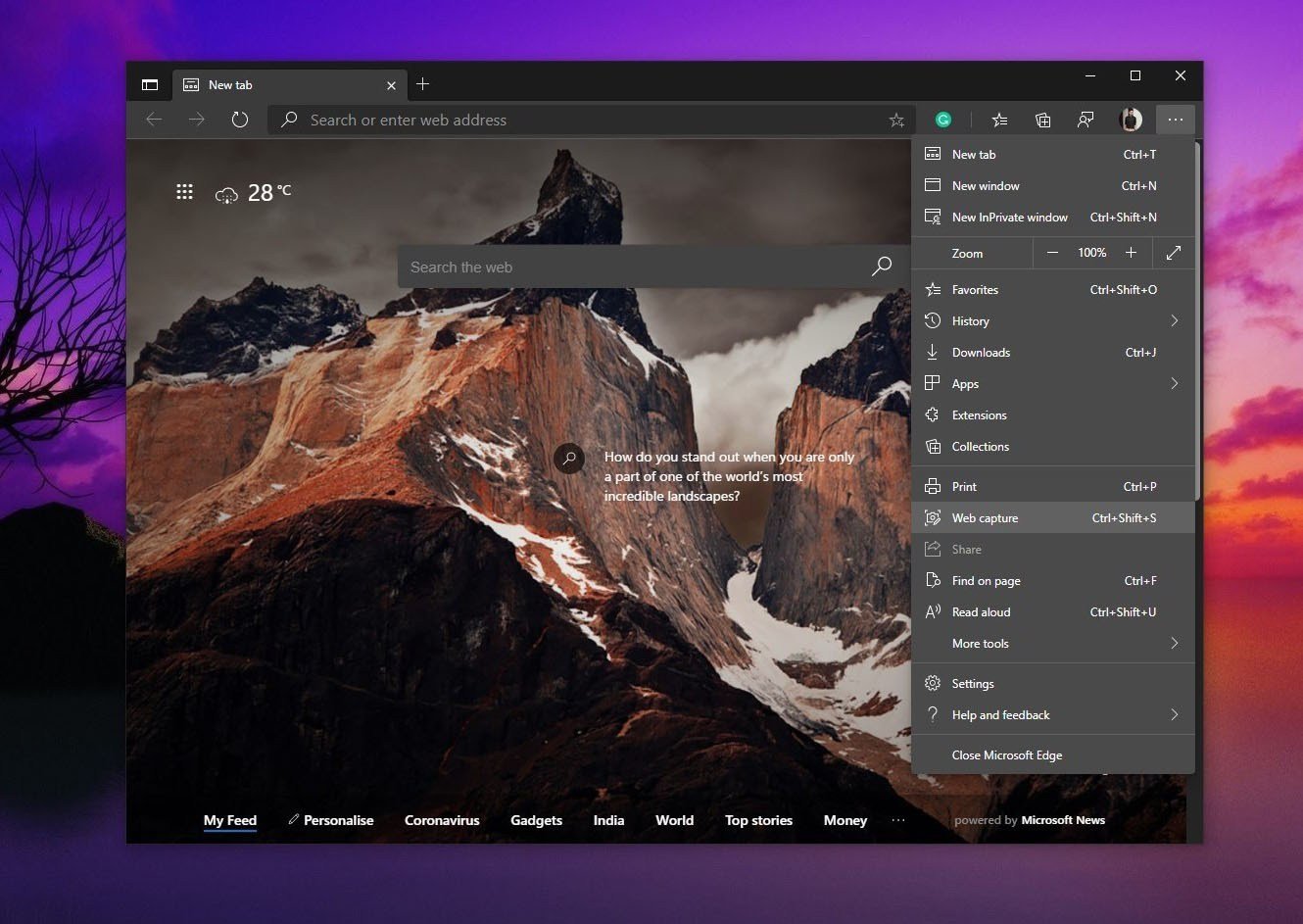 Microsoft announced the Web Capture feature, which is already available in the Edge browser in Canary and Dev channel builds

Earlier this month, a small number of users got access to the new Web Capture feature in Edge Canary. As the name suggests, this feature allows users to take screenshots of a web page in a browser and copy the image to the clipboard or save it. It partially repeats the features that were present in the legacy version of Edge, allowing you to take pictures and mark up on the Internet. 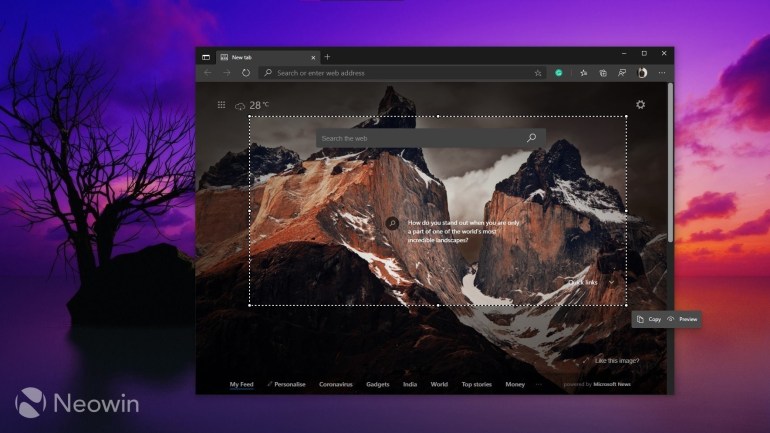 Microsoft has now officially documented this feature as it hits the Canary and Dev channel builds. The new feature is found in the Settings menu, accessed via the ellipsis (…) icon in the upper right corner. Also, the new tool can be docked to the toolbar or invoked using the Ctrl + Shift + S keyboard shortcut. Selecting an icon automatically switches the screen to capture mode, where users can navigate to select exactly the fragment that they want to save.

The Web Capture function also supports scrolling image capture. Users can drag the selection tool to the bottom of the web page, which causes the page to scroll, allowing them to capture more image than is shown on the current screen.

YOU CAN ALSO READ:  Bethesda has announced a new Game about Indiana Jones 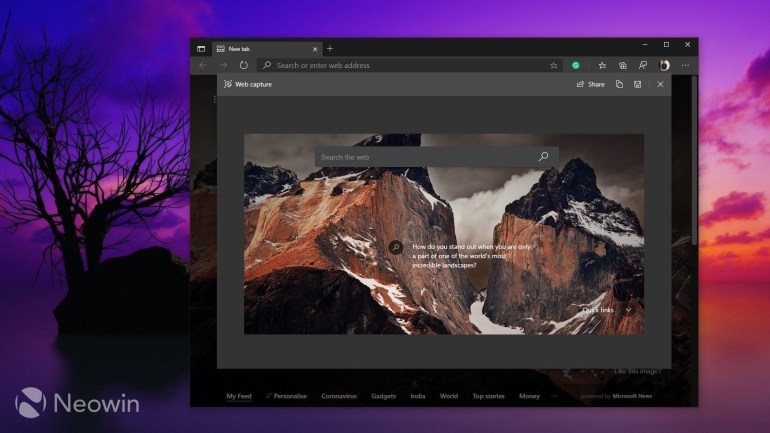 Microsoft says it intends to expand the capabilities of Web Capture in the future. So, it is planned to add the ability to draw on screenshots, select fragments, capture the entire web page, etc. But so far only two functions are available: Copy and Preview. At the same time, using Preview, you can save the image, share it or copy it.