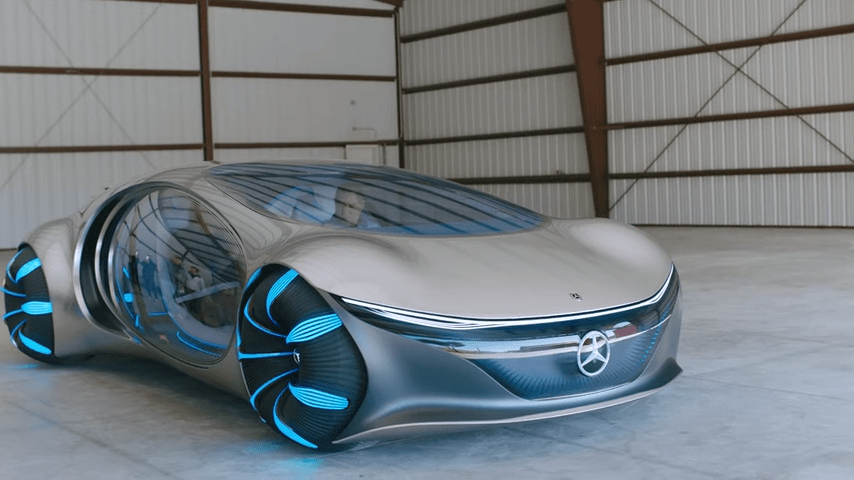 Mercedes-Benz, part of the Daimler AG automotive concern, has published a new video with a crazy (in a good sense of the word) futuristic Vision AVTR electric car, inspired by the world of Avatar and the fauna of the planet Pandora – the video contains, among other things, live footage with prototype testing.

The presentation of the Vision AVTR concept car took place back at the January CES 2020 exhibition.

The car stands out for a number of features: a fully steered chassis that allows you to move sideways at an angle of 30 °, like crabs, bionic flaps on the rear window for “communicating” with a person in sign language and the complete absence of traditional controls – instead of a steering wheel and pedals, a biojoystick on the center panel.

Apparently, Mercedes-Benz has not abandoned the project. In the latest video (below), published on the Mercedes-Benz YouTube channel, you can see not only colorful computer animation, but also driving shots of a working prototype of the Vision AVTR.

What’s funny is that the car turned out to be so futuristic that in these real shots from the tests it looks fake – it seems that this is pure CGI, and not real tests of the prototype.

How convenient the biojoystick on the central panel is in terms of use is an open question. How soon the conceptual technologies Vision AVTR will find application in production vehicles (and whether they will be found at all) is still unknown.

As for Avatar, Disney updated the schedule in July, shifting releases of all new Avatars by a year: the sequel is now scheduled to premiere on December 16, 2022. Three more parts of Avatar will be released in 2024, 2026 and 2028, respectively.