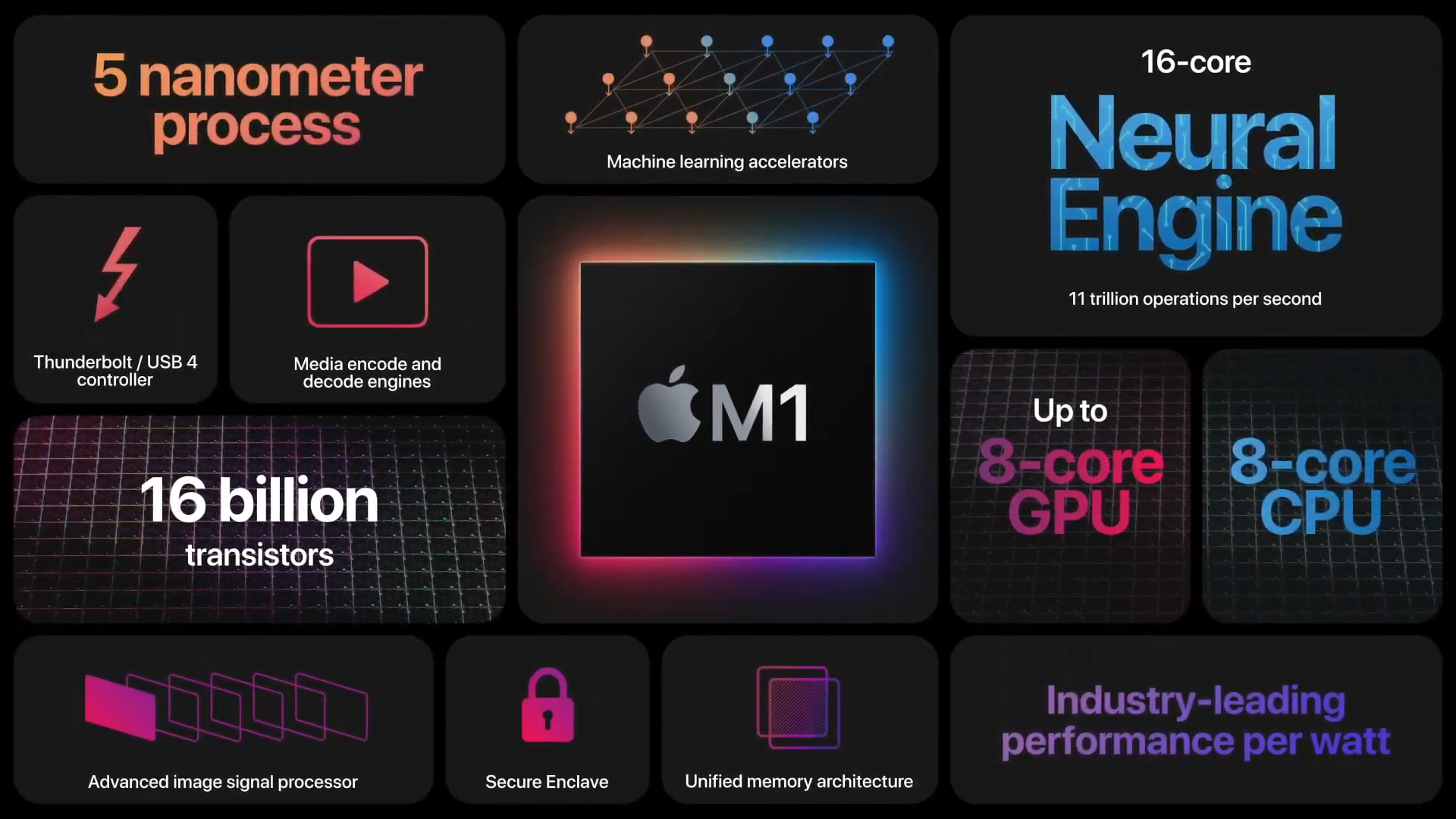 Apple announced its plans to switch to ARM processors this summer. This is a severe step for the company, for which it is thoroughly preparing. And today, the first system-on-a-chip for Mac computers called M1 was presented.

SoC M1 contains 8 CPU cores, up to 8 GPU cores, a 16-core neural engine, and a Secure Enclave coprocessor. The chipset is built on a 5-nanometer process technology and contains 16 billion transistors.

The CPU consists of four high-performance and four energy-efficient cores. Comparing the M1 to the latest CPUs for other notebooks (not specified which ones), they promise much higher peak performance. Simultaneously, the M1 at peak performance will consume only a quarter of the energy compared to competitors in a similar situation. Apple claims the M1 has the best performance per watt ratio.