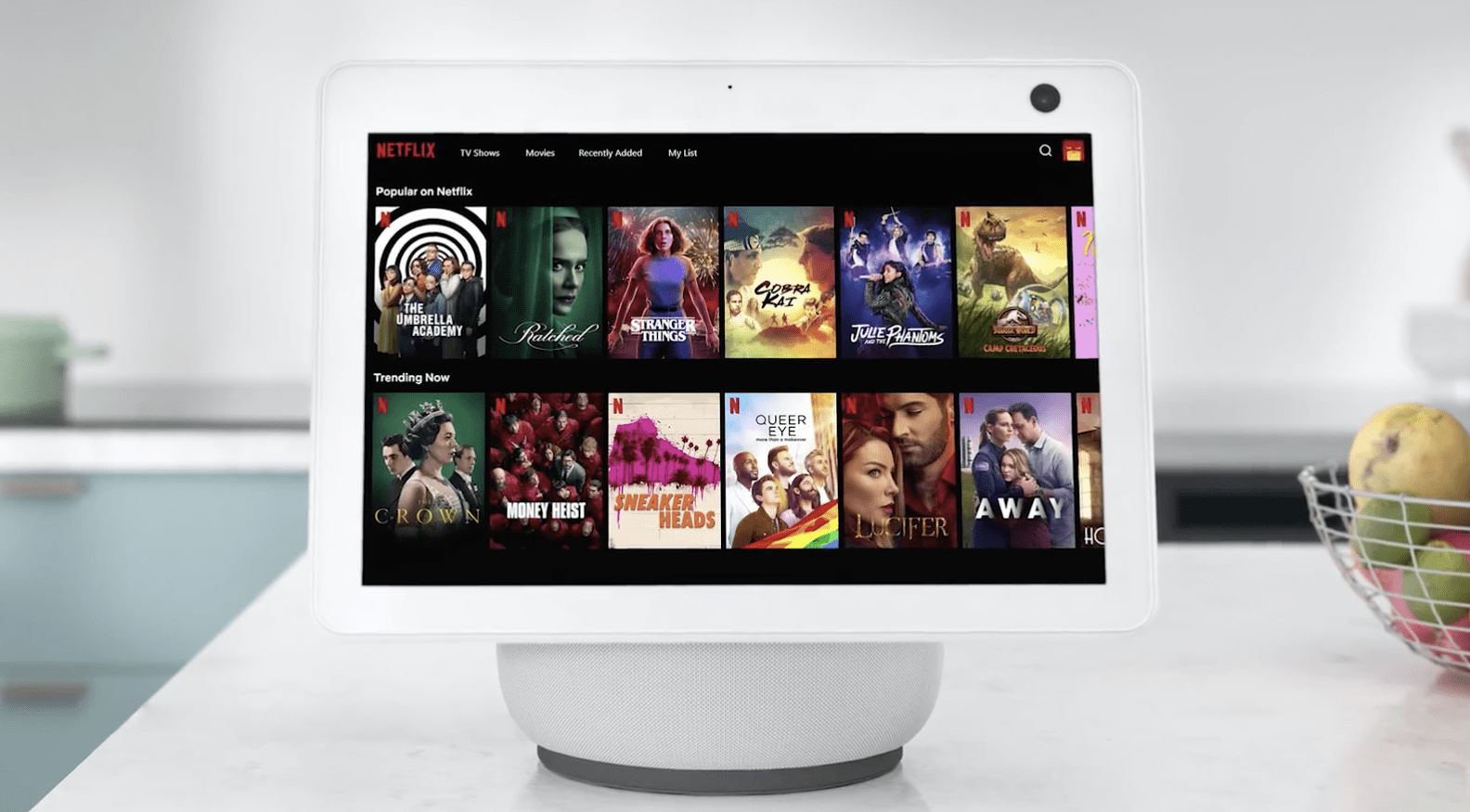 On September 24, Amazon held its traditional September presentation of new devices – in total, about 15 new products were presented. We have collected all the announcements from her in one material. 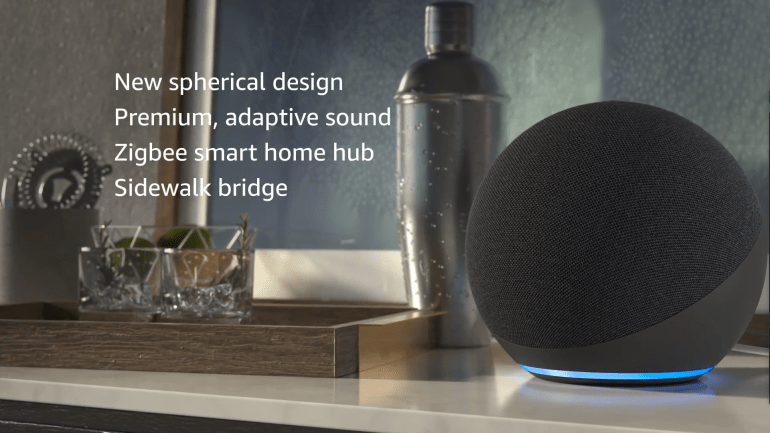 The new Echo smart speaker is designed as a sphere with the characteristic Echo LED ring with a blue glow to indicate the bottom. Other features of the novelty, in addition to the appearance – the AZ1 Neural Edge chip for more accurate processing of voice requests using local speech recognition algorithms and machine learning before sending a command to the cloud, support for the ZigBee protocol and its own Amazon Sidewalk for communicating with smart home devices, ” premium, adaptive sound ”from Dolby and, of course, support for the voice assistant Alexa. The price of the new Echo is $ 99. The new product can already be pre-ordered, sales will begin in a month – on October 22. 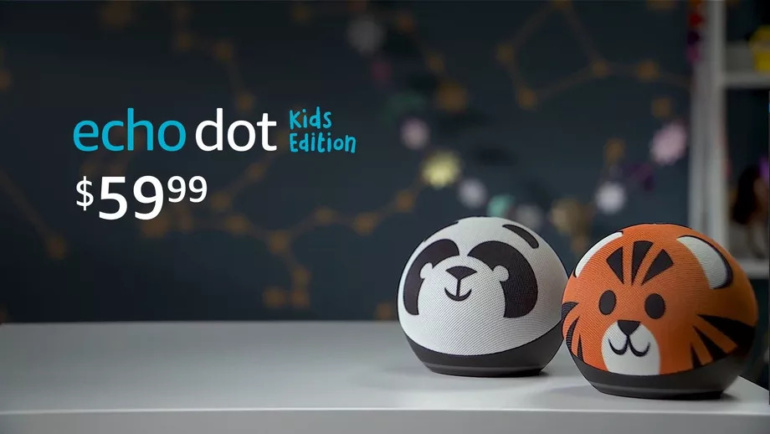 At the same time, Amazon made a small restyling of the Echo Dot ($ 50) and Echo Dot with Clock ($ 60) home voice assistants. Both are already available for pre-order at Amazon website… The Echo Dot Kids Edition in panda and tiger colours will cost $ 60. They are already available for pre-order (The regular Echo Dot will ship on October 22nd, and the watch version on November 5th). By the way, Alexa can now recognize and respond to baby voices with new baby voice profiles. 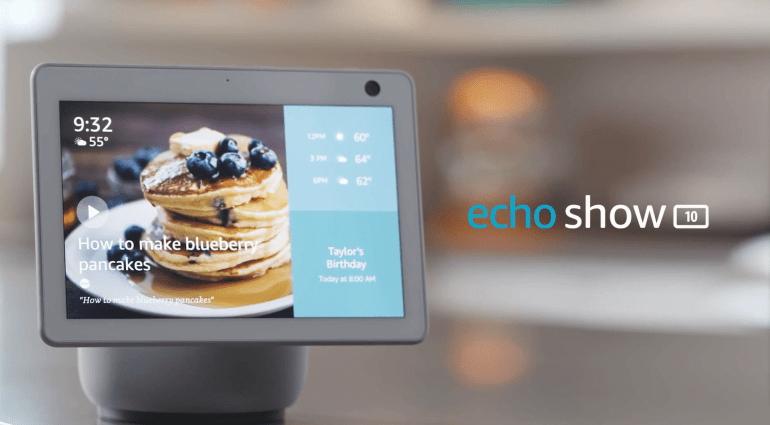 The new Echo Show 10 10-inch HD Smart Display features a motorized swivel mechanism that tracks the user’s position and automatically adjusts the screen position to keep it facing the user at all times.

Also, the new model supports digital panning, and the new 13-megapixel camera is able to zoom in on the face during video calls. You can get an idea of ​​the functionality of the device and its distinctive features from the video below.

YOU CAN ALSO READ:  Apple found the pear in its food-planning app Prepear too similar to its apple and sued

The price of the new Echo Show 10 is $ 250. Pre-orders have already started, but the release date is still unknown. 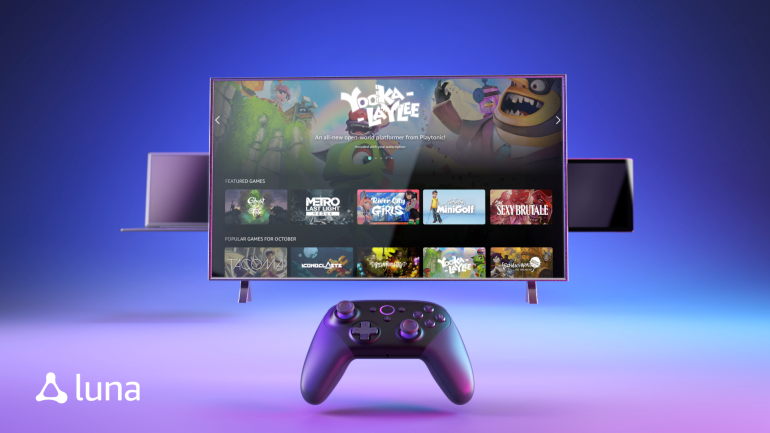 Another niche that Amazon has entered is cloud gaming. Amazon Luna will compete with Google Stadia, Microsoft xCloud and NVIDIA GeForce Now. The exact launch date has not yet been announced, but users in the US are already can apply for early access to the service. There is no data yet on the availability of Amazon Luna outside the US.

The Luna model is slightly different from Google Stadia. Amazon’s subscription model assumes access to a library of games divided into several “channels” with different content, each of which will have to be subscribed to separately. 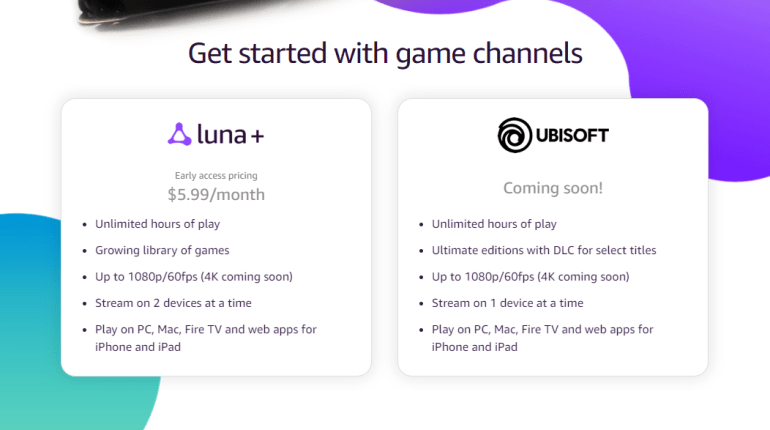 A subscription to the main Luna + channel will cost $ 5.99 per month. At the start, more than 100 games will be available in Luna +, including Resident Evil 7, Control, A Plague Tale: Innocence and Metro Exodus (they promise to add new titles to the library). Amazon also partnered with Ubisoft to launch a separate early access channel for the publisher’s new games. 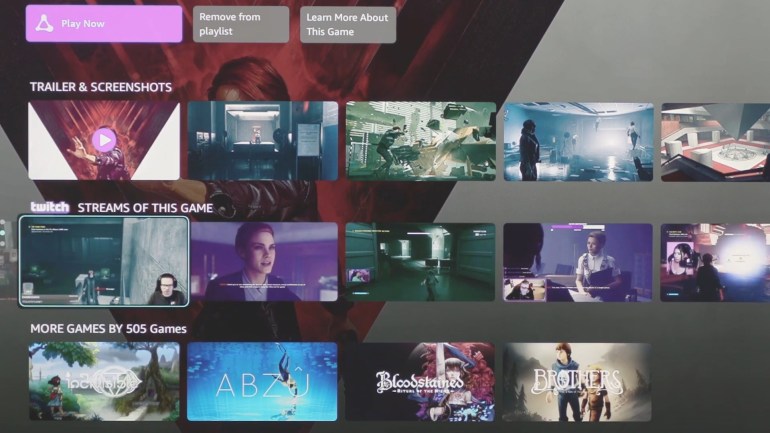 Luna will allow you to run games in resolutions up to 1080p (in the future – 4K) at 60 frames per second. The session time is not limited. The service will receive integration with Twitch – you can launch the game right while watching the stream. Of course, Luna requires a high-speed internet connection to work. Amazon estimates the traffic consumption to be around 10 GB per hour. 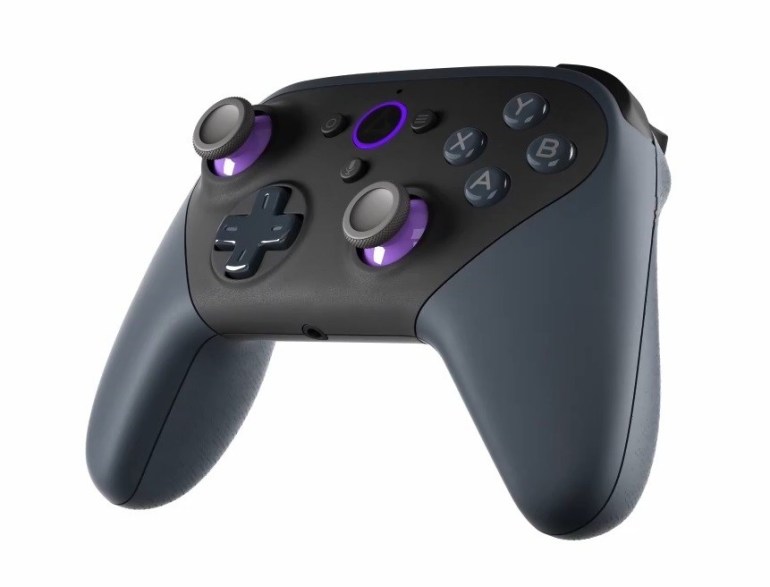 Luna will run on PC (Windows 10), Mac (OSX 10.13+), FireTV devices, iPhone and iPad. It will come to Android a little later. At the same time, the proprietary Amazon Luna controller was introduced for $ 49.99. Thanks to a direct connection (Cloud Direct technology) to the AWS cloud, the signal input delay will be at the level of 17-30 milliseconds. Also mentioned is the ability to quickly switch between different devices.

YOU CAN ALSO READ:  Microsoft announced the Web Capture feature, which is already available in the Edge browser in Canary and Dev channel builds 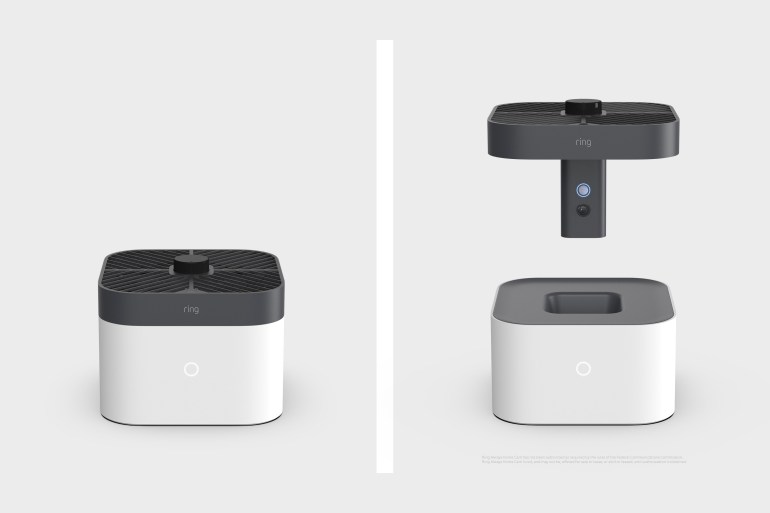 Acquired by Amazon in 2019, Ring, a company specializing in smart doorbells, security cameras and other smart electronics, has introduced an autonomous drone to patrol the premises of the Always Home Cam.

As conceived by the creators, the device will monitor everything that happens in the house in the absence of the owners, periodically making a flyby along a given route. The guard can be activated either by a special command or by a signal from the Ring security system. You can also use Always Home Cam to check the status of household appliances and windows. The camera installed onboard turns on only during takeoff and transmits video in 1080p resolution to the smartphone.

After flying around the room, the device returns to the base station to charge the battery. It is equipped with a sensor system for automatic obstacle avoidance, and the propellers are housed in a protective casing. 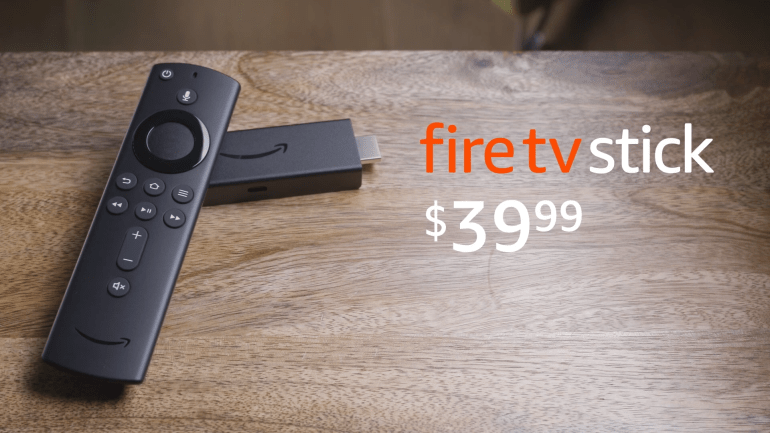 The new Fire TV Stick is 50% more powerful in the legacy HDMI dongle format than the previous generation, supports 1080p video streaming at 60 frames per second and Dolby Atmos, and comes with an Alexa Voice Remote Lite with voice assistant support. The competitor to the popular Google Chromecast costs $40. 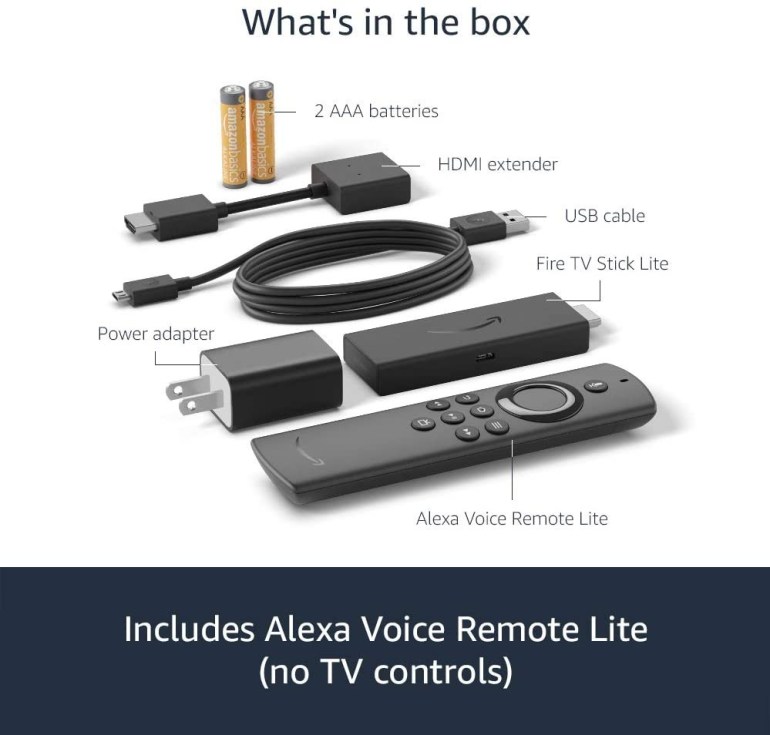 Amazon also introduced a simplified model Fire TV Stick Lite for $ 30, which is similar in design and features to the Xiaomi Mi TV Stick. Both adapters will go on sale on September 30th.

Amazon also introduced a new Fire TV user interface with a different look and feel with a profile start page. It will be available before the end of the year. 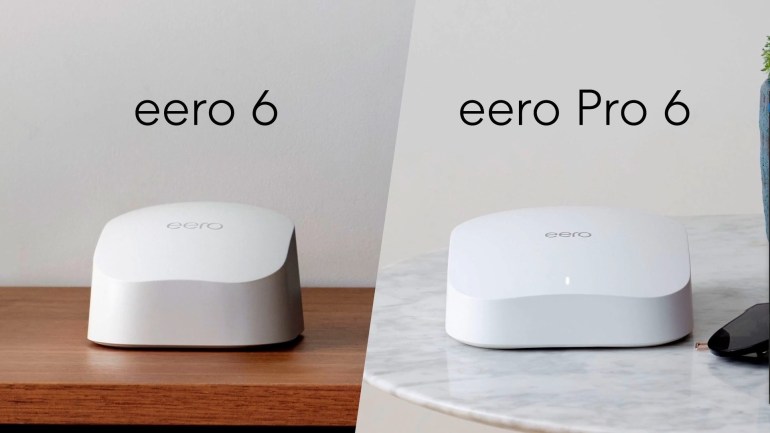 If you remember, at the end of last year, Ring was at the centre of a major scandal – the data of thousands of users of smart doorbells leaked into the network. The company has made several improvements recently to make its products more secure. Another such change is the addition of end-to-end encryption for video recordings from Ring cameras. Technology support will be added by the end of the year.

The Car Alarm is priced at $ 60 and is a simpler device. It connects to the OBD-II diagnostic port and sends alerts to the paired smartphone when a tamper is detected, an attempt to tow the car, or the driver runs over another car. Car Alarm has a built-in siren that can be triggered remotely and can be linked to other Ring or Alexa devices to sound alarms when an event is detected.

The Car Cam is already priced at $ 200 – and this is the first non-home Ring camera that can film both inside and outside the car. When installed on the dashboard of a car, one Car Cam looks forward through the windshield and the other into the vehicle interior. Car Cam is used to connecting to Wi-Fi or LTE network, allowing the owner to connect from a smartphone and get a picture in real-time.

Also, Car Cam can automatically send a request to the rapid response services in the event of a “serious accident”. Another feature called “Traffic Stop” allows owners to say “Alexa, they stopped me” for the cameras to start recording and store the footage “in the cloud.” Finally, Ring talks about built-in privacy features, including a physical camera shutter and the ability to disable internal video and audio recording in the cabin.

Both cameras will go on sale next year.