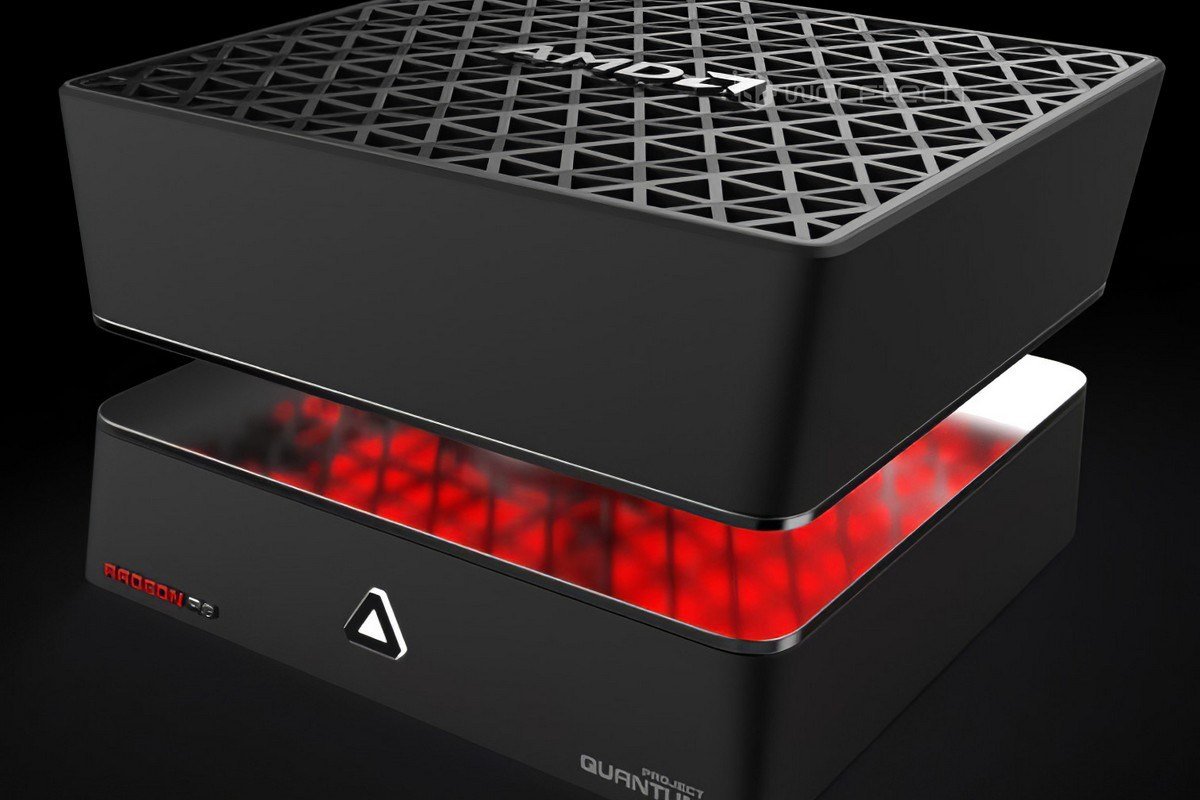 Apparently, AMD has not abandoned the idea of ​​releasing a high-performance gaming system in a compact body. At least this is indicated by the recently obtained mini pc design patent, in which the successor of Project Quantum ideas is unmistakably guessed.

In 2015, AMD showed a prototype of a high-performance mini-PC Project Quantum – a relatively compact system based on a high-performance x86-compatible CPU and two GPUs, cooled by an LSS with a 180 mm radiator in the upper part of the case, providing a minimum of 60 fps in any game at 4K resolution.

A year later, intelligence AMD plans to bring the Project Quantum mini-PC concept to a serial device with CPU Zen and GPU Polaris. However, since then there has been no news about him.

A recent AMD patent, filed with the United States Patent and Trademark Office (USPTO) last month, describes a device that echoes Project Quantum in concept and design (judging by the attached illustrations).

One of the patent illustrations shows a rear panel with many different interfaces, including an unusual 10-pin power connector. The Project Quantum prototype, shown in 2015, required 300 to 400 watts of power. Yes, AMD now has more energy efficient CPUs and GPUs in its range, but considering the concept, the power consumption figure is hardly much lower. That is, we can assume the need to use an external adapter with a nominal value of about 300 W. Another image shows a perforated top cover with large triangular vents for ventilation.

The mere presence of a patent (or patents), as usual, does not guarantee the embodiment of an idea in a serial device. At the same time, it confirms that AMD has not abandoned the project of such a mini-PC and continues to work in this direction.