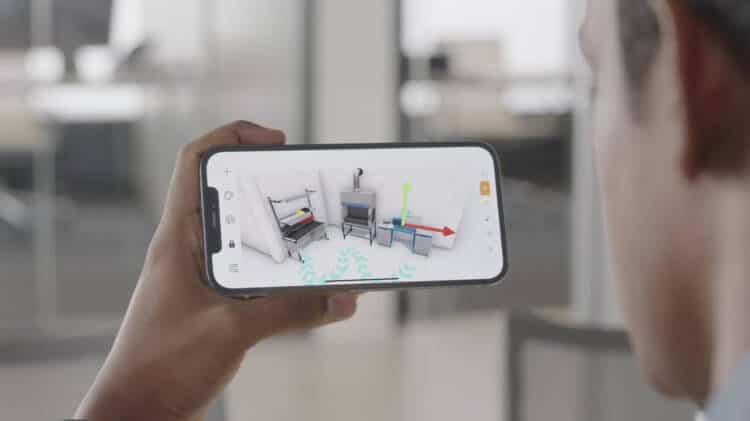 Lidar turned the iPhone into the most accurate measuring instrument

The lidar’s appearance in the iPhone 12 Pro and 12 Pro Max didn’t surprise anyone, but it raised several questions. The main one is why it is needed at all. No, Apple’s audience, for the most part, turned out to be quite advanced and perfectly understood that lidar serves a variety of purposes, but why it is needed in the iPhone was rather difficult to guess. Moreover, Apple itself was in no hurry to propose any use cases, leaving this responsibility to the developers. Not to say that they were somehow especially active in using the new sensor, but they came up with something.

Lidar measures about five times more accurately than conventional cameras installed in modern smartphones, including the iPhones themselves’ photo modules. The developers made this conclusion of the application. Canvas for creating three-dimensional models of rooms. They compared the lidar’s performance, which is equipped with the iPhone 12 Pro and 12 Pro Max, with a manual tape measure and a building rangefinder. They concluded that the smartphone sensor gives 1-2% error versus about 5-6% for conventional cameras.

If you are using the Canvas app on an iPhone or iPad with lidar (almost all Pro devices released in 2020 and later are equipped with this), most measurements will not exceed 1-2%. This can be checked with a hand-held tape measure and a laser rangefinder or compared with engineering drawings. If you use Canvas without a 3D sensor, your measurements will give an error within 5%, although sometimes there are exceptions, the error of which can differ by more or less, – said the developers of Canvas.

Due to the high accuracy of scanning the space, lidar can be actively used in 3D modeling and architecture. The experience of Canvas developers proves this as well as possible. The application uses the smartphone’s rangefinder to determine all volumetric objects, partitions, pieces of furniture, etc. and builds a three-dimensional model based on the data received. It can be useful for interior designers, engineers, or furniture makers who strictly make a bed or wardrobe for given dimensions.

Why do you need a lidar in the iPhone?

Notice how well the lidar handles the transition from silhouette to the background.

However, modeling or something similar is a rather highly specialized sphere. That is, every iPhone 12 Pro owner will clearly not use lidar for this purpose. But where it will be – so it is in photography. Because the lidar illuminates the subject being photographed, it can enhance the clarity of portraits taken in low-light conditions. Lidar allows you to highlight your subject against the general background, even if its silhouette merges with the environment.

Take a look at the photo above. The woman is wearing a black coat, and she herself is standing against the background of the river with almost no natural light. However, for lidar, it is not difficult to separate the subject from the background. It emits a beam of light, which stumbles upon the first object that comes across, which is a posing woman, forms a three-dimensional silhouette, and comes back. All this takes a split second, which gives the impression that no additional processes are taking place. However, the result is much better because of this.