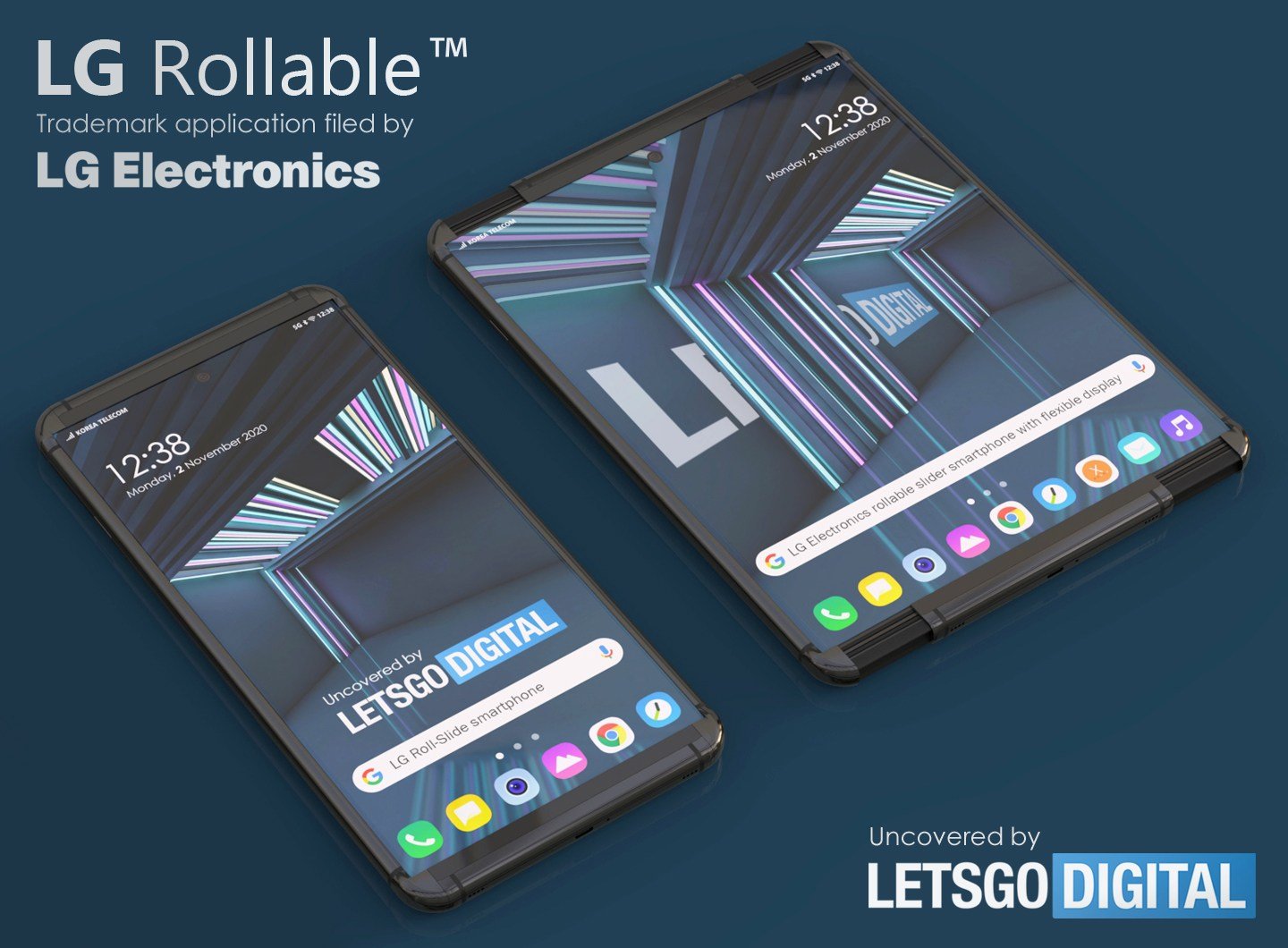 On November 2, 2020, LG registered the Rollable trademark with the European Union Intellectual Property Office (EUIPO). At the moment, this is the most likely variant of the name of the acclaimed LG smartphone with a folding screen, passing under the codename Project B.

The trademark belongs to the ninth product class, which includes smartphones. The description also mentions the stylus.

The application was submitted by Munich-based Mitscherlich, which often acts on LG’s behalf. It has registered many variants before, including LG The Roll, LG Double Roll, LG Dual Roll, LG Bi-Roll and LG Roll Canvas. But, perhaps, of them, the name Rollable is the most appropriate – it is simple, consonant and, most importantly, exactly conveys the key design feature of a potential novelty.

At the same time, the Dutch resource LetsGoDigital, which often publishes high-quality three-dimensional models of upcoming new products based on leaks and sketches from patents, created a couple of renders of LG Rollable. Needless to say, these are unofficial renders and the final design of a potential production LG Rollable may be completely different. On the other hand, LetsGoDigital has a solid track record (often its renders are as accurate as possible).

YOU CAN ALSO READ:  OnePlus Buds Z - TWS headphones with autonomy up to 5 hours and costing $50

According to the latest leaks, the LG Rollable will hit the market in March 2021. It will be the second smartphone in a new series with an experimental design Explorer Project, which was opened in September by the LG Wing model in the forgotten “rotator” form factor with an additional screen.

LG plans to launch smartphone with folding screen in March 2021