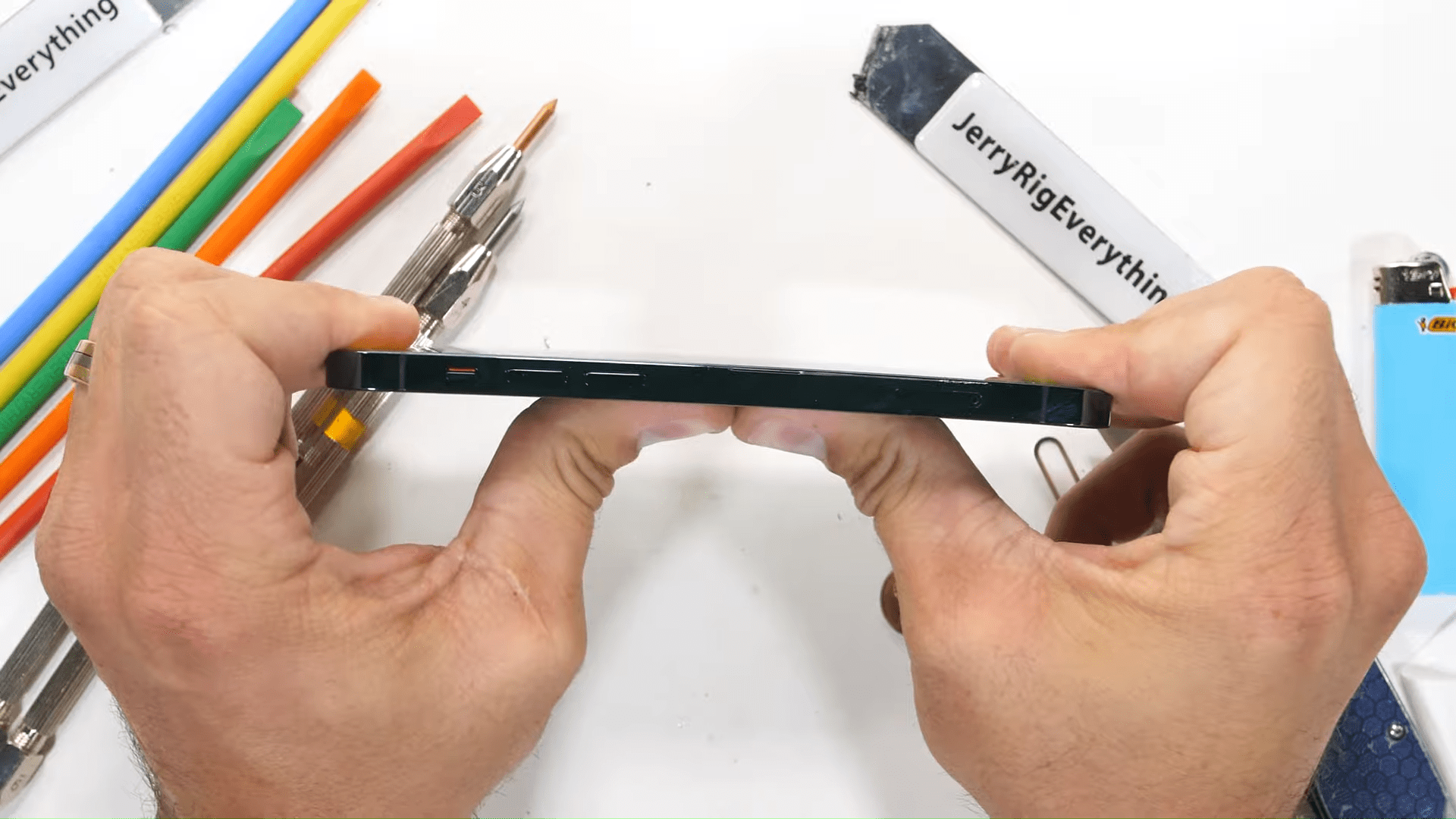 Video blogger Zach Nelson, better known under the pseudonym JerryRigEverything, got his hands on the new Apple iPhone 12 Pro smartphone and gave him a traditional series of strength tests.

YOU CAN ALSO READ:  Bluetooth headphones with the promising LC3 audio codec will be released in 2021. Here's how it sounds compared to SBC

The outer frame of the Apple iPhone 12 Pro smartphone is made of stainless steel. It is more scratch resistant compared to smartphones that use an aluminum frame. Although the paint still scratches. The back cover will be left with marks after being exposed to metal objects such as keys or coins. However, they are easily removed by simply rubbing them with your finger.

The lenses of the main camera are not scratched by ordinary metal objects, even sharp ones. It is possible to leave noticeable scratches on them only when exposed to objects with the 6th (or higher) level of hardness on the Mohs scale.

The Apple iPhone 12 Pro uses an OLED display. When exposed to an open flame of a lighter for 30 seconds, the display did not receive any visible damage, although usually a burned out spot appears in such displays, which cannot be restored. Probably, in the case of the iPhone 12 Pro, Ceramic Shield provides additional protection, since ceramics have a low thermal conductivity.

YOU CAN ALSO READ:  Google intends to release foldable Pixel smartphone in late 2021

In the flexion test, the Apple iPhone 12 Pro performed well. Thanks to the stainless steel frame and glass panels, the device practically does not bend if you try to bend it with your hands. The glass does not crack and the smartphone retains its structural integrity.