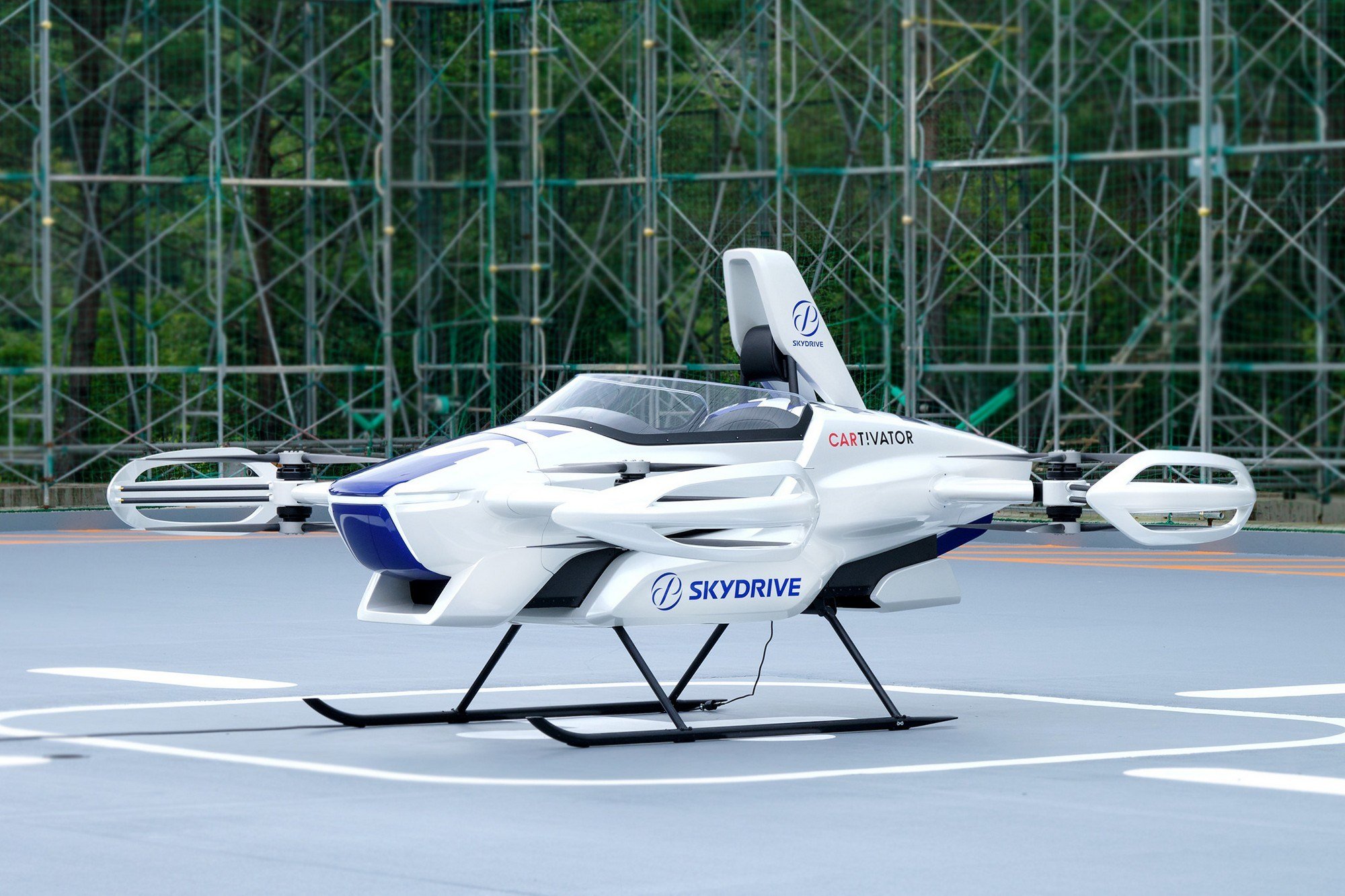 Three years ago, the Japanese automaker Toyota announced funding for the development of the Skydrive flying electric car, and finally, the developers of the Cartivator project showed their creation SD-03 to the public.

In fact, we are not dealing with a “flying electric car”, but rather a single-seat “overgrown quadrocopter” or “flying motorcycle” in the e-VTOL format – an electric vehicle with vertical take-off and landing. Skydrive SD-03 developers call it the smallest e-VTOL in the world, which may well be true – usually devices of this kind are noticeably larger. Nevertheless, its dimensions were sufficient to accommodate the cockpit.

The creators of Skydrive SD-03 position it as an individual means of transportation in a modern city of the near future, when ordinary roads are completely bogged down in traffic jams. The dimensions of the model are two meters in height, four in width and four in length, respectively, for landing and takeoff it has enough space, which is occupied by two parked cars.

The device is driven by eight screws (they are assembled in pairs in which the screws move in opposite directions), with each screw equipped with its own separate electric motor for greater reliability and stability.

The developers of the Skydrive SD-03 flying electric vehicle expect to receive permission for testing outside the Toyota Test Field by the end of 2020, and already in 2023 – to launch a commercial taxi service based on a two-seat version of the model.