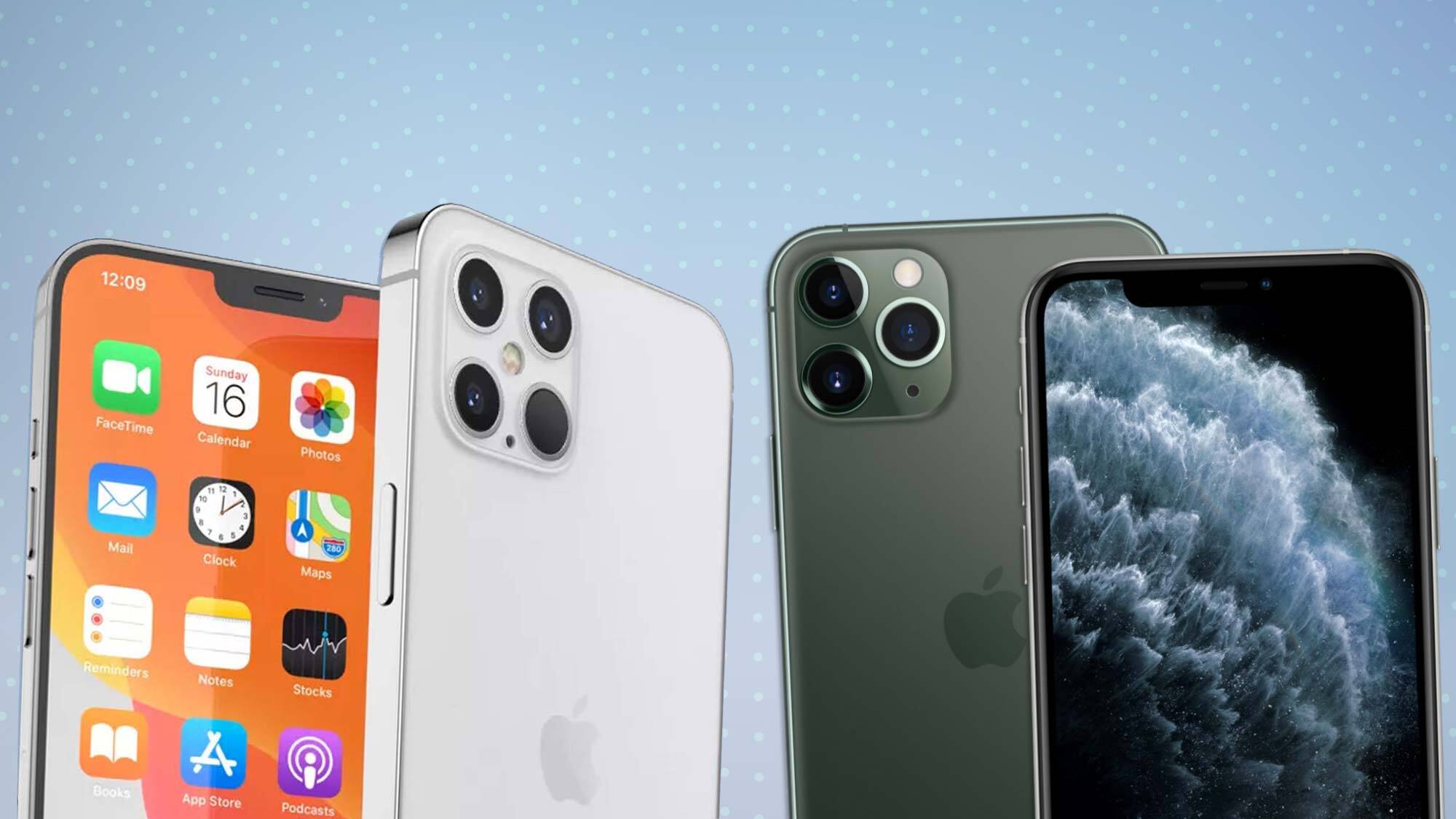 After a big Apple presentation in the fall, I really liked the new iPhone 12: it replaced the base iPhone 11 while finally looking no worse than the older iPhone 12 Pro, but it costs less. And this is its fundamental difference from the iPhone XR or iPhone 11, which looked simpler at the time of their appearance than the iPhone XS or iPhone 11 Pro.

With the arrival of the iPhone 12, there is no longer such a gap in sensation – instead, you have to look for arguments in favor of representatives of the Pro series rather than the primary iPhone. At the same time, the iPhone 12 is more expensive than its predecessor, the iPhone 11.

From the closest competitors, you can take the iPhone 11 Pro as a rival. I walked and walked for a long time with 11 Pro, bought it from one of my friends. At the same time, I use iPhone 12 and want to share my impressions in the format of phone comparison.

When buying a new phone, you want new sensations. In this regard, the iPhone 12 is noticeably more interesting than the 11 Pro. It has flat sides and is not rounded like in the old generation; if you wish, even the phone can be placed vertically on the table without any additional support.

I’ve seen reviews from people who bought an iPhone 12 and complained that its sharp edges dig into the palm. Personally, I will not say anything wrong about it: perhaps my hands are too rough, but there are no painful sensations after using the iPhone 12 for three months. Just like after the iPhone 11 Pro, with which I have been together for almost a year.

The difference in size is noticeable: the iPhone 12 is slightly larger, it has a larger screen, so the body has increased in width and height. In my opinion, this is not critical.

If you take the phone in your hand, then the difference in weight is clearly felt: the iPhone 12 is noticeably lighter. That being said, it has glass on both the front and back, as in the 11 Pro. Only on the sides, you can feel aluminum, not steel. What’s nicer? Here, everyone decides for himself – for example, I like steel more, but the shiny coating is constantly smeared, but the painted sides of the iPhone 12 are always aesthetically clean.

Visually, phones can be distinguished by cameras: three lenses for the 11 Pro and two for 12. If you put the phones in cases and put them on the table with the screens facing up, you won’t understand whether it is an old iPhone or a new one.

The phones have the same degree of moisture protection. This is the highest possible IP68 certification today. But there is a subtlety: According to Apple, iPhone 12 can be lowered to a depth of six meters, but the iPhone 11 Pro – up to four meters.

The phone is lighter. The screen is more significant.

The base iPhone 12 is now on par with the new Pro-series in image quality, except for less headroom in brightness. What about the 11 Pro comparison?

The display has increased in physical size, the diagonal has become a little larger, and now we get 6.1 inches versus 5.8. At the same time, the resolution has been slightly increased. The screen bezels have become smaller, which is also a nice change. And the display has lost its smooth curves around the edges. But in terms of brightness, the iPhone 11 Pro bypasses the iPhone 12: but you can feel it only in very sunny weather.

The phones are comparable in image quality. The only question is whether you want a bigger or smaller screen. I would choose the iPhone 12, and it is not very large but convenient. The balance of size and screen is even better than in the iPhone X, XS, and 11 Pro.

The iPhone 12 also features a more robust Ceramic Shield that is four times stronger than regular glass. It would be nice to make an argument and arrange a crash test of the phones.

Three cameras against two, here you will already start thinking about which phone to give preference to. The main module with the exact 12-megapixel resolution but higher aperture in the iPhone 12. This is the first reason for a new iPhone. Second: it is now more pleasant to shoot with the ultra-wide-angle module in low light because the night mode has appeared. In iPhone 11 Pro, it only works on the main module.

In daytime shooting with good lighting, it is tough to feel the difference, but the iPhone 12 will win in low light. The pictures will be brighter. There will be more detail and less noise.

But the iPhone 11 Pro has a 2x optical zoom telephoto lens that’s great for portraits. In the iPhone 12, software processing is used, but the focal length is different, so the frame looks different.

The iPhone 12 added support for Dolby Vision HDR video in 10-bit format, introduced Deep Fusion for all cameras, including the front camera, and the phone also takes pictures in Smart HDR 3.

New Modem: But the connection has not improved.

Thanks to the latest Qualcomm modem, the iPhone 12 has better call quality than the 11 Pro, which used an Intel modem. In my opinion, there is not much difference: if you check the speed through Speedtest or Fast.com, then the phones give almost identical results. The rate of searching for the network after exiting the elevator is also the same. Therefore, I can’t say that the iPhone 12 will pick up a signal where the 11 Pro received poorly – according to my observations, it increasingly depends on the operators and the specific place you are.

The Power Behind the Eyes

I don’t play games, so I’ll immediately discard this moment. Productivity for the eyes, that in the iPhone 11 Pro, that in the 12 – the phone is more likely to get bored and think of changing it to a new one than it starts to slow down.

The stereo speakers in the iPhone 11 Pro were great, but the iPhone 12 plays just as cleanly, only louder.

In all tests and reviews, odes are sung to the glory of the iPhone 11 Pro’s incredible autonomy, but I did not notice anything special about it. After I started using the iPhone 12, it even became a shame: 12 works longer than 11 Pro. The same tasks, the same settings, the same applications. At the same time, the battery capacity of the iPhone 12 is more minor. In any case, both devices survive until the end of the day, giving out about 6 hours of the active screen. But in the case of the iPhone 12, I got 7 hours.

Another nice difference between the iPhone 12 is MagSafe support: the iPhone 11 Pro also has wireless charging, but if you plan to buy attractive accessories later, the iPhone 12 looks more promising.

I see no arguments at all in favor of the iPhone 11 Pro. New design on the side iPhone 12. It has a bigger screen, fresh stuffing, better camera, excellent autonomy, while it is also lighter than last year’s flagship. And most importantly, it also costs less than the iPhone 11 Pro.

Fans of the iPhone 11 Pro can cite the slightly more compact dimensions of the phone, steel, rather than aluminum in the body finish, as arguments. But if you carry the phone in a case, then the idea disappears. A TV set for portraits? Yes, this is an excellent moment, but it all depends on how actively you like to photograph people and whether you are ready to sacrifice other advantages of the iPhone 12 in its favor; I would not.

Should you upgrade from iPhone 11 Pro to iPhone 12? Unless you bought a phone with 64 GB of storage and realized that you need more internal storage. Otherwise, I would wait until the next generation phone comes out.