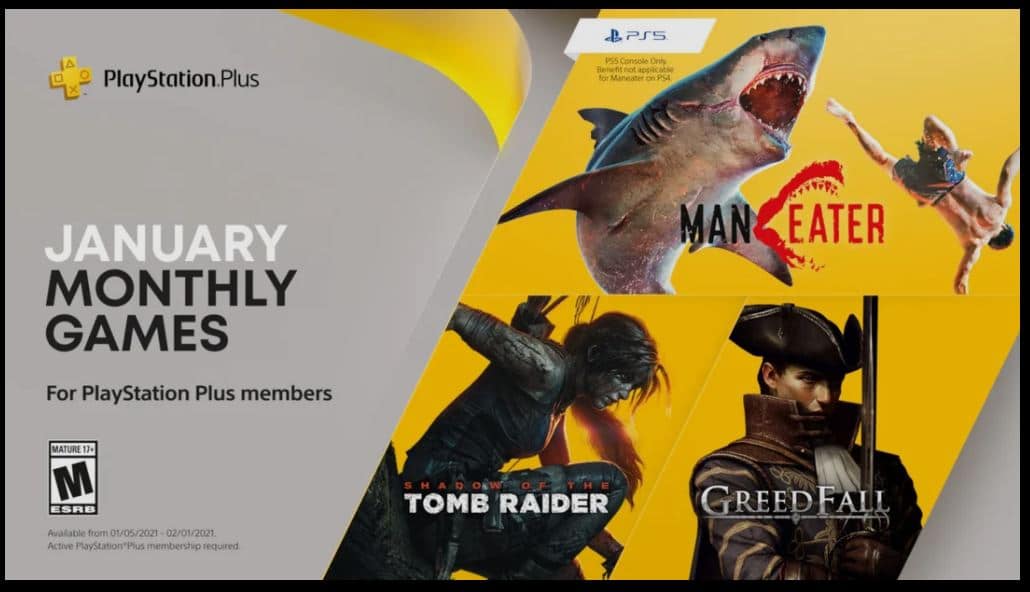 In January, PS Plus subscribers get Shadow of the Tomb Raider, Maneater and Greedfall

Sony announced the January selection of free games for PS Plus subscribers, which proved quite prominent. It includes the infamous Shadow of the Tomb Raider (the third part of the relaunched story of Lara Croft), Maneater (a cross between a man-eating shark simulator and an action RPG), and Greedfall (an action role-playing game with an unusual setting of a fantasy version of the era of geographical discoveries and the conquest of the New World).

Maneater (PS5 version), Shadow of the Tomb Raider, and Greedfall are your PlayStation Plus games for January. Full details: https://t.co/Qp0muBc8WM pic.twitter.com/JRmoEbrBtF

Maneater will only be available in the PS5 version, while the other two will also be a giveaway on PS4 and will also be available for backward compatibility on PS5. You can pick up games for your collection from January 5, 2021, until February 1, 2021.

Until January 4th, PS Plus members can still pick up Just Cause 4, Rocket Arena, and Worms Rumble for free. All three games are available on PS4 and backward compatible on PS5.