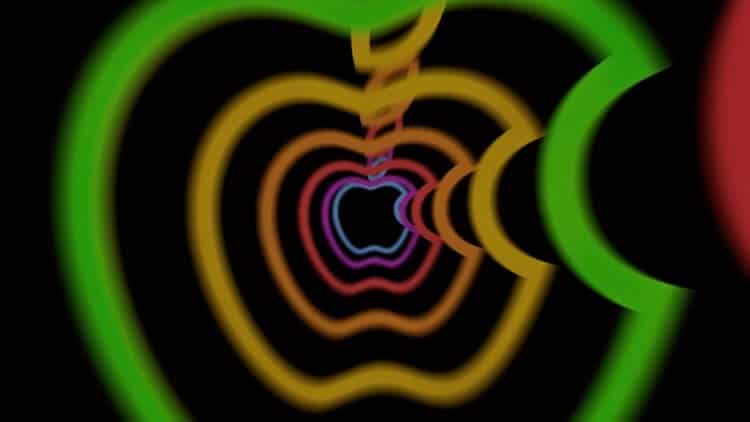 If Apple gives a presentation in March, what can we expect?

Apple’s March presentations are always different. In the past five years alone, we’ve seen the iPhone SE and the 9.7-inch iPad Pro (in 2016), the “simple” iPad for education in 2018, Apple News +, Card, Arcade, and TV + in 2019. And nothing in 2020. But that didn’t stop Apple from starting selling the iPhone SE 2 and the new iPad Pro with the A12Z chip, albeit presented in a press release. Since then, Apple has improved its ability to conduct online presentations pretty well and. It is probably recording a new event to launch it on the Web in March during these very hours. What will Apple show?

iPhone SE Plus will receive a 6.1-inch screen

In the case of Apple TV 6, Apple can go in two ways. We could get a simple update. A12Z processor improves HDR content display and better handles next-generation games, especially Apple Arcade, and no design changes. And even the old Apple Remote.

Apple can update only the “stuffing” Apple TV and keep the old design.

Or Apple may show a box with a chip A14X higher class, which is designed for more serious entertainment and games. Maybe even console-level games. Yes. From Apple. She has everything for this. There is only one question – will it happen in March or a year.

Last year, Apple reinvented the iPad Air but left the iPad Pro. An additional graphics core, an improved camera system, and a new keyboard, really close to “magic.” But then the iPhone 12 came out, the A14 chip – the iPad Pro didn’t seem so cool anymore.

When will iPhone SE Plus come out?

The original iPhone SE in March 2016 was perfect for buyers looking for a cheaper or smaller iPhone. The current iPhone SE is small but cheap, and the new iPhone 12 mini is small but not as cheap.

But there are also rumors about another iPhone SE, this iPhone SE Plus. Not just an iPhone 8 Plus with an A13 or A14 processor, but rather an iPhone 11 without Face ID, but with an iPad Air-like fingerprint reader built into the lock button.

It will be the budget iPhone 11. But who needs it?

If there is any truth to these rumors, then Apple will unveil this phone in March. Unlikely in the fall, along with the main iPhone line. Although, to be honest, I can’t believe it.

Leaked high-quality images and videos of the iPhone 13 Pro

Let’s stop procrastinating on this topic. They will present it – cool, they will not present it – they will show it later, or the project will be frozen altogether and forgotten about it, like about a bad dream as it was with AirPower.

How AirPods 3 will look?

Expected that AirPods 3 will look more like the current AirPods Pro, but without active noise cancellation. And AirPods Pro 2 will be made in the style of the first generation.

AirPods Max Review: Are they actually worth $549?

Would you buy headphones like this? Or is the current AirPods Pro design completely satisfying? Please share in the comments section below.

AirPods 3 will be made in the style of AirPods Pro but without active noise cancellation.

They also talk about AirPods Max Sport, supposedly a sporty and more affordable modification of Apple’s on-ear headphones. This is hard to believe.

The 12-inch MacBook debuted back in March 2015, so Apple could release this laptop’s next generation at its March launch. Imagine if you add an M1X chip or even just an M1 to it – there will be a real gun! Plus, it will become the most affordable MacBook. No wonder last year, everyone thought that it was with the MacBook that Apple would begin the transfer of its line of computers to ARM chips.

MacBook Pro 2021 will receive a new design and MagSafe

Bold MacBook Concept with M1 Chip. Although, why not?

It would also be great to see a new M1X Mac mini with more RAM ports and more storage. Like the radically redesigned 14-inch and 16-inch MacBook Pro, with the return of MagSafe charging and an SD card slot.

Apple MacBook Pro 2021 will have a heavily redesigned design

It’s possible we won’t get any new Macs at all until WWDC in June. Indeed, it would be dashing to make so many announcements in one presentation in March. But the M1 chip has made so much noise that many are eagerly awaiting when Apple will show new computers under its control.

What would you like to see at Apple’s March 2021 presentation?