A few minutes after the live broadcast of WWDC 2022, Apple released the first beta version of iOS 16. As it should be at this stage, the update is only available for developers and not for ordinary users. However, after the release of iOS 16 beta 1, Apple officially announced that it would soon be open to the public.

Despite the inherent risks, installing a release candidate of the update is the option. This will not be available legally, but we will tell you how to do it below.

iOS 16 turned out to be a rather meh update. As far as we can tell, nothing special was showcased during the live broadcast. We’ll dig deeper into what Apple did not mention during the presentation and then share our findings with you tomorrow—some of it may surprise you.

If you ever want to downgrade, you can use this guide: How to Roll Back iPhone from iOS 16 Beta

While Apple listed quite a few new chips during the event, the practical benefits are limited to only half or less. This article will cover them in detail in a separate article already available on our website.

If you’re not a developer and want to try out the new iOS beta, we’ve found a way for you to get access. You’ll need the following:

Step 4: When the installation profile has been downloaded, your iOS device will alert you. Open Settings → tap the profile → then follow onscreen instructions to allow installation;

To stop receiving the iOS developer betas, follow the instructions below:

Step 2: Tap “Remove Profile” if you are asked to enter your device passcode. Once deleted, your device will no longer receive developer beta updates for iOS. When the next version of iOS is released, you can install it from “Software Update.”

To use a previously-released OS version, you will need to erase your device and restore the backup you created before installing the developer beta.

Step 1: Connect your iPhone to iTunes.

Step 2: Put your iPhone into recovery mode. To enter recovery mode on an iPhone 8 or later, press the Volume Up button. Quickly release the Volume Down button. Press and hold the Side button until you see the recovery-mode screen

Step 3: iTunes has two options for you when restoring your device to factory settings: “Restore” and “Update.” Confirm that you want to set it back to its factory settings by choosing “Restore.” Then iTunes will erase your device.

Step 4: Once completed, sign in with your Apple ID from iTunes to activate your device.

Step 5: When iTunes prompts you to restore all of your information from a previous backup, select the iOS backup you created before installing the iOS developer beta. Finish by selecting “Continue,” and iTunes should restore your device.

YOU CAN ALSO READ:  Blue Screen of Death (BSOD) in Windows - How to fix it?

Step 6: Once you reset your iOS device, it will power down. After restarting the device, follow the onscreen prompts from Setup Assistant to continue and finish the setup.

Complete guide here: How to Roll Back iPhone from iOS 16 Beta

Downloading and using the iOS 16 beta 1 carries many dangers with it. Not only is it an early build that needs debugging, but with its release have come several vulnerabilities and bugs that have not been fixed yet.

And secondly, this is still a build for developers- not intended for everyday users. If something goes wrong, there will be no one to help you.

If you ever want to roll back. Here is a guide you can use: How to Restore iPhone With and Without Backup – TechRechard.

But if you still want to update, you should make a backup of your device beforehand. If there is an issue with the update or something changes your mind about updating it, you’ll be able to go back to the old version and recover all of your data.

You should always keep a backup and should make sure to maintain it often. Someday, you’ll be glad that you took this step. 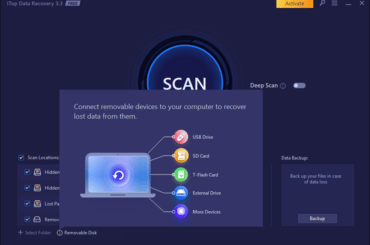 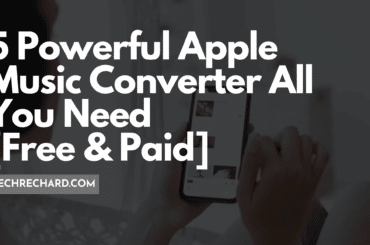