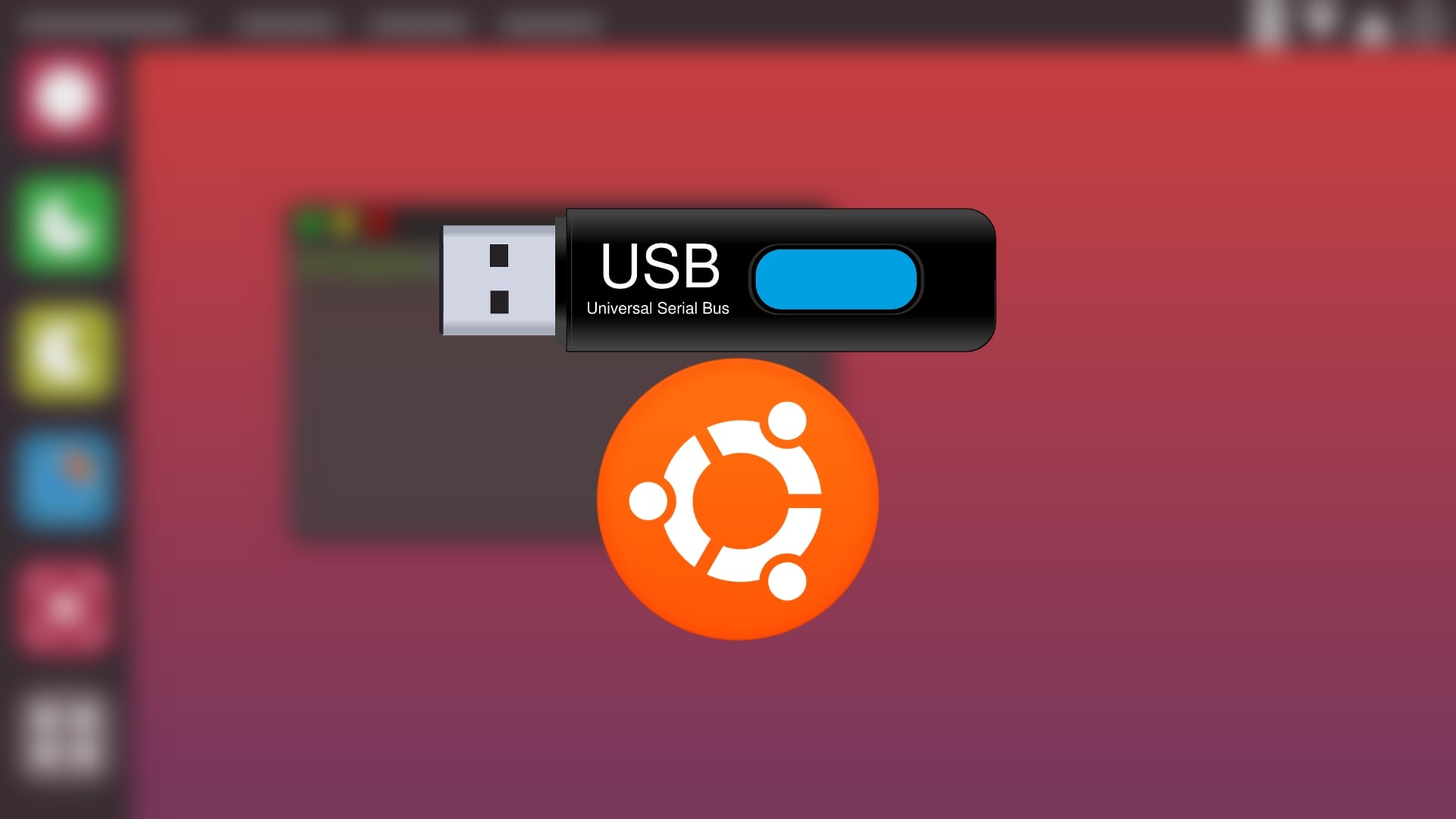 How to Create a bootable Ubuntu USB

Optical discs are a thing of the past. Many laptop models and all netbooks are already available without a built-in optical drive. And increasingly, USB flash drives are used to install operating systems. This is due to their cheapness and the ability to overwrite many times.

I’ll clarify: the Ubuntu image is what we’re talking about in the article, but any other Linux image can be in place of this distribution. Nothing will change except the size of the USB drive: at the very end of the article, we will touch on how to install a full-fledged Ubuntu on a flash drive and get a fully working system. For these purposes, you will need a device with a large amount of memory.

How To Create A Bootable Ubuntu Flash Drive In Windows

I believe Rufus is the best program for creating a bootable Ubuntu flash drive in Windows, and in general, for writing images to a flash drive. The program works great, is easy to use, and nothing needs to be installed. You can download it from the link.

YOU CAN ALSO READ:  Features of finding and turning on Bluetooth on a laptop: a few simple instructions

Connect the flash drive to the computer and run the program.

Select the device to which the recording will go that is, your flash drive. If only one flash drive is connected to the computer, the utility will detect it automatically.

Then click the select button to select the ISO image. In Explorer, select an image of Ubuntu or any other Linux distribution:

All other parameters can be left by default. Click the Start button.

If the utility asks if you need to download a new version of the Linux boot loader, you will agree, this will save you from possible problems:

Rufus utility supports two modes of image burning to a flash drive. This is DD mode and ISO image mode. In DD image mode, all the ISO file contents are copied to the flash drive byte-by-byte. No file system or partition table is created on the flash drive. It just transfers the structure that was in the image. This can be useful for burning images with ext family file systems that Windows does not support.

In the ISO mode of the image, a partition is created on the flash drive, then it is formatted in FAT32, and all files from the image are copied there. The utility then creates and writes its bootloader, which makes that partition bootable. This method can cause problems when writing Linux installers, but it is preferable because you will have access to the flash drive and data. Choose the first option first, and only then, if it does not work, try the second:

It will take a few minutes to complete the process. You’ll see a green signal when the Live USB is ready.

Then you can restart the computer and proceed to the installation.

In Linux or macOS, the easiest way is to make a bootable flash drive with the installer of the same Linux/macOS using the etcher utility. You can download it here- balenaEtcher – Flash OS images to SD cards & USB drives. This is a graphical utility written on the Electron platform, which allows you to do everything you need. There will be an AppImage image of the program in the downloaded archive, which can be run directly from the file manager.

YOU CAN ALSO READ:  WhatsApp: How to Send Message to Unsaved Number Without Adding Contact

Launch the program by clicking twice on the AppImage file:

Click on the Select Image button and select the Ubuntu ISO you want to burn. You can download official Ubuntu ISO files here.

Click on the Change button in the middle column of the window and select the flash drive to which you want to burn the image:

Click the Flash button and wait for the recording to complete.

Congratulations, your bootable Ubuntu USB is ready to use.

If you want to install Ubuntu on your USB disks, you can proceed with the following methods.

The dd utility allows you to transfer the contents of the ISO image to a flash drive byte-by-byte. This method of recording is less convenient than the use of graphics utilities but sometimes works when others do not help.

First, you need to know the name of your flash drive in the file system. To do this, use the fdisk utility:

In this example, the flash drive is named /dev/sdb.

Now you can write an image to it:

Using the if option, you need to pass the path to the image you want to write and the device to which it should be written. The bs option helps the utility run faster. Please note that the data should be written to the flash drive and not to its partition. No more operations will be required, as the entire structure of the image will be transferred to the device.

Installing Ubuntu On A Flash Drive

In fact, it’s not as difficult as you now think. This is Linux – here, you can do whatever you want, including installing the system on a flash drive.

First, do everything as in a normal installation until you get to the disk partitioning. In the Installation window, select Something Else Option:

Next, in the disk layout window, you will see two disks connected to the system, one of them is your hard drive, the other is a flash drive. You can determine who is hereby the size:

Unlike a conventional installation, a bootable Ubuntu flash drive does not require a swap partition. It is even contraindicated because the system will very often overwrite the data, so you will only reduce the lifetime of the flash drive. The rest of the sections can also not be divided as with a normal installation. It is enough to create one root partition with the ext2 file system. You need to choose this file system to reduce the number of writes to the disk.

YOU CAN ALSO READ:  How to Transfer Your Photos and Videos from Apple iCloud to Google Photos: 2 Way Easy Guide

Next, install as usual. The bootable flash drive will be successfully created, but after the process is completed, it is important to perform several settings, all with the same goal – to reduce the number of records on the disk.

You need to add noatime and nodiratime options for all sections. As well as folders with temporary files to connect to RAM.

To do this, open the /etc/fstab file and add the following lines to it:

Then, for all partitions placed on the flash drive, add the above options. For example, it was:

Also, if you do not plan to install programs, you can remount the root in read-only mode.

It is important to note that a bootable Ubuntu flash drive with an operating system is not a good idea. The number of entries on the USB drive is limited, so although all the optimizations given here will increase the service lines of the media, no one will be able to predict when the device will fail. This is a variant of working but not a reliable system.

Conclusion: How to Create a bootable Ubuntu USB

That’s it. We’ve covered the easiest ways to create a bootable Ubuntu flash drive or any other distribution on both Windows and Linux. Now you can even install a full-fledged system on a flash drive. If you have any questions, ask them in the comments. 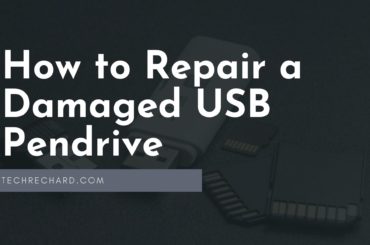 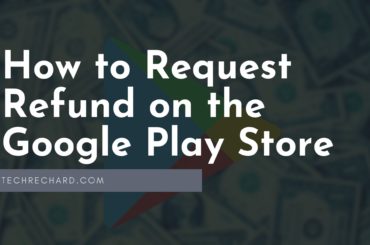 How to Request Refund on the Google Play Store: Easy Guide 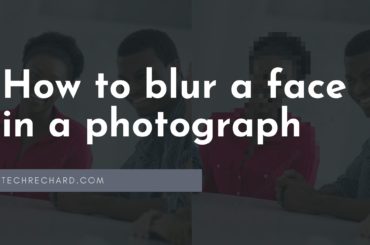 How to Pixelate or Blur a Face in a Photograph: 3 Easy Ways