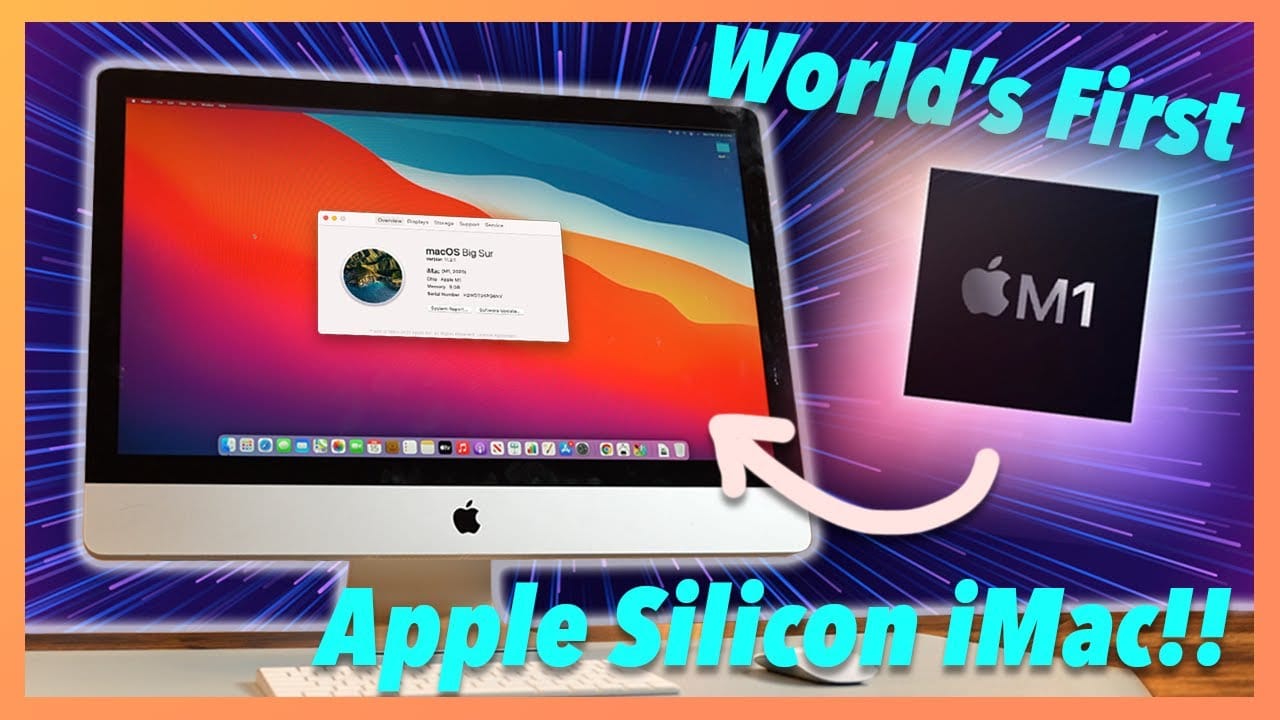 How to Build Your M1 iMac from Mac mini Parts

Despite the super-abilities of the M1 processor, which it has already demonstrated, the range of computers based on it is still quite narrow. Apparently, Apple deliberately equipped three of the most affordable Mac models with it first – for a trial, so to speak – so users don’t get so frustrated if something goes wrong. But everything went very well, and the M1 only showed its best side. Therefore, consumers began to demand from Apple to transfer all other computers to Apple Silicon. But, if you are handy enough, you can do everything yourself.

YouTuber Luke Miani designed the world’s first homemade iMac based on Apple Silicon. To do this, he needed an old iMac and a new Mac mini with an M1 processor, from which he extracted the necessary spare parts, made their mutual replacement, added something to ensure the correct functioning of the computer, and at the end, he got himself a completely working candy bar.

When I say “old iMac,” I mean an ancient iMac. To not spend too much money, the blogger chose a monoblock of 2011 with chopped edges for the role of “Frankenstein.” As he explained himself, this is just his broken iMac, and it was not a pity to spoil it. But since all of the Mac mini’s hardware is fairly limited, it would fit both the new and old models.

However, a simple rearrangement of the components was not enough. At first, YouTubers ran into problems connecting the Magic Mouse and Magic Keyboard, but they eventually connected, albeit with obvious reluctance. Worse, the Wi-Fi was extremely slow. As it turned out, most Mac computers have three antennas, and the blogger accidentally removed one of these antennas during disassembly. However, installing the missing component fixed the problems.

But the problem that cannot be solved is the lack of ports. The problem is that it turned out to be almost impossible to replace them due to the structural arrangement’s peculiarities. Therefore, you cannot use USB-C and Thunderbolt on this iMac with M1. We’ll have to limit ourselves to cloud technologies and the classic USB-A connector, which is inferior to USB-C in performance. But there are pluses – it is clearly more convenient to use it.

According to Miani, he completely forgot that he was working on a Frankenstein assembled on his knee. The computer functioned quite well and did not suffer from any technical problems. Since the blogger moved all the Mac mini hardware components inside the iMac, he received, in addition to fast hardware, the latest macOS Big Sur operating system, which works absolutely without restrictions.

But this is still not an iMac in the classical sense, Miani admits. Thanks to the updated hardware, the computer no longer spins up the cooler and runs incredibly quiet. This is what many have really been waiting for. But if it was possible to solve this problem on Apple laptops, then on desktop computers, they practically did not count on it. And thanks to the M1, mobile games can be played on the iMac’s big screen even if they haven’t been adapted for the Mac – the ARM processor forgives that too.

Obviously, Apple is not releasing an Apple Silicon-based iMac because it doesn’t want to re-release the old model with redesigned hardware. According to rumors, in Cupertino, they are simply preparing a truly new solution, radically different from the old one, both from a technical point of view and externally. Obviously, not all rumors are true, and many have no practical sense, but if Apple introduces a new iMac this year that is not like the previous one, it will be fair to say that the wait was worth it.