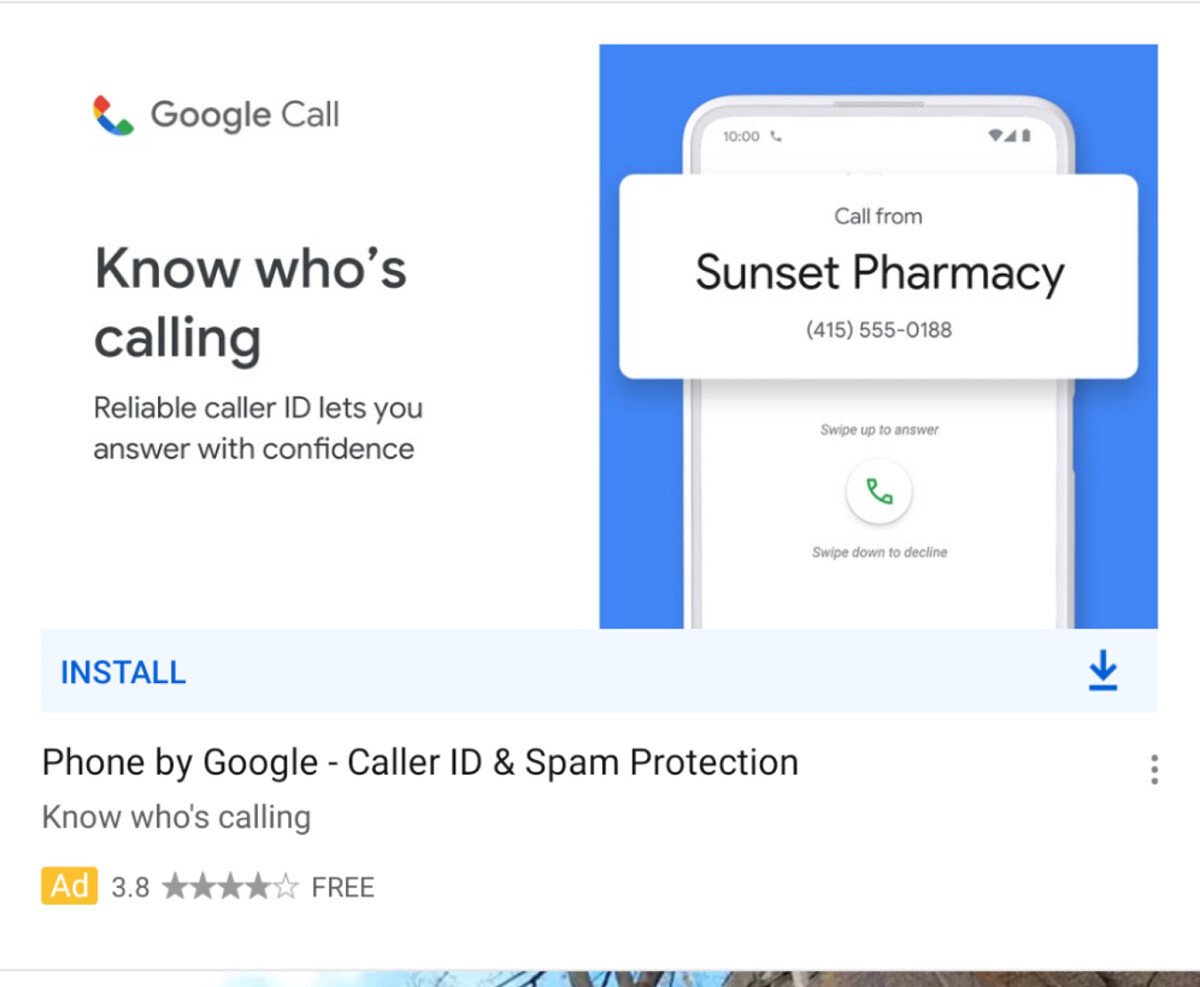 Over the past couple of months, Google has made the Phone app available for installation on almost any Android smartphone. Let me remind you that previously it was available exclusively for Pixel devices. Now, everyone can use its features, such as Caller ID (identifier for spam and calls from businesses).

At the same time, information appeared on the network that Google plans to rebrand the Phone application. One of the Reddit users posted a screenshot where you can see an advertisement for the Google Call application. Apparently, this is how the dialer from Google will henceforth be called, and the tube on the logo will be colored to match the rest of the company’s applications.

The advertising link in the screenshot above leads to the Google Phone app page. So far, there is no official information whether this is a mistake, or whether Google actually planned a rebranding.

YOU CAN ALSO READ:  Mozilla cuts about a quarter of its employees due to COVID-19 pandemic
0