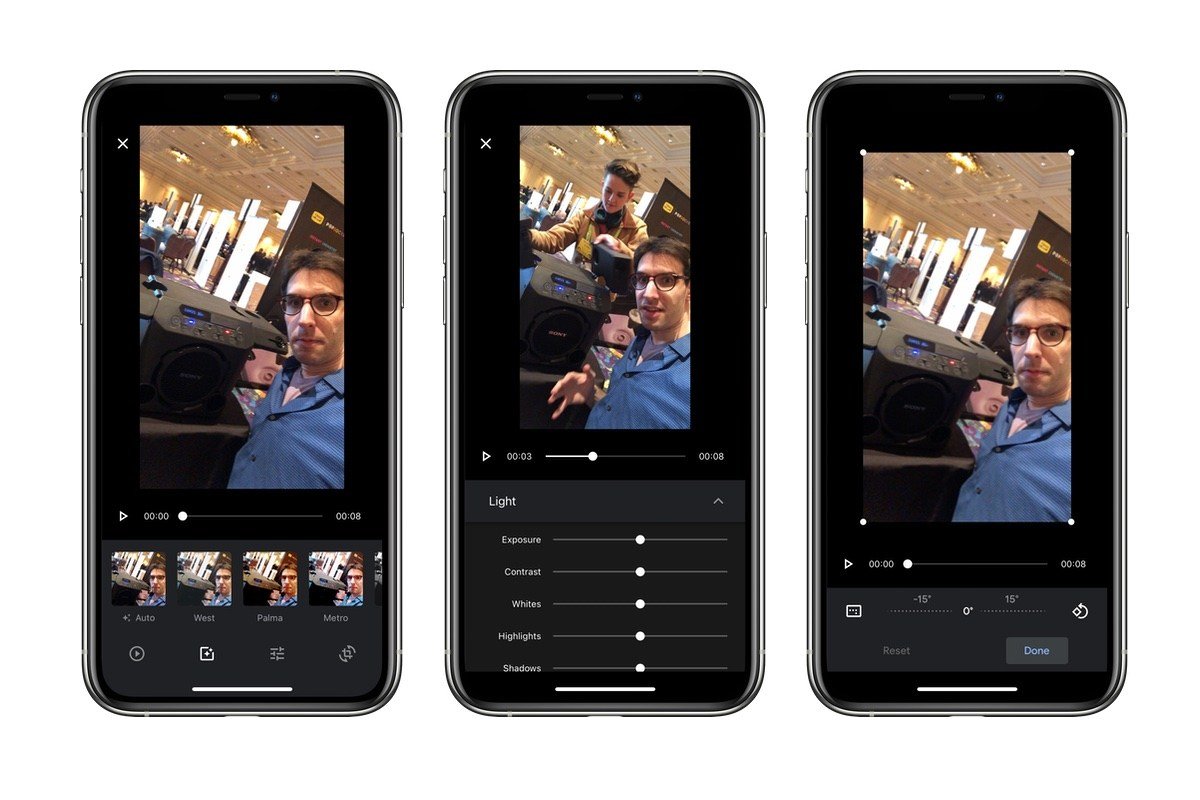 The Google Photos app for iOS has received another update that improves the work of the built-in video editor. The editor has received a number of new functions and capabilities, similar to those available for editing photos.

To call the new editor, press the Edit button while previewing the video. The editor now contains several new tabs and allows you to perform more actions on the video. The user can take advantage of ready-made video editing filters, including Auto, which are immediately applied to the video. Also available are items for manual adjustment, divided into the Light menu (for controlling exposure, contrast, intensity of highlights and shadows, vignetting) and Color (for adjusting saturation, hue, skin tone and other color parameters).

The crop menu also offers various editing options that should help when converting videos for posting on social media such as Instagram. The new editor has both preset aspect ratios such as 16: 9, 4: 3, 3: 2 and square. Additionally, it is possible to customize the frame.

The Android version of the Google Photos app is still limited to basic editing features such as stabilization, rotation, and control over start and end times. We can assume that new video editor features on the Android platform will also become available soon.