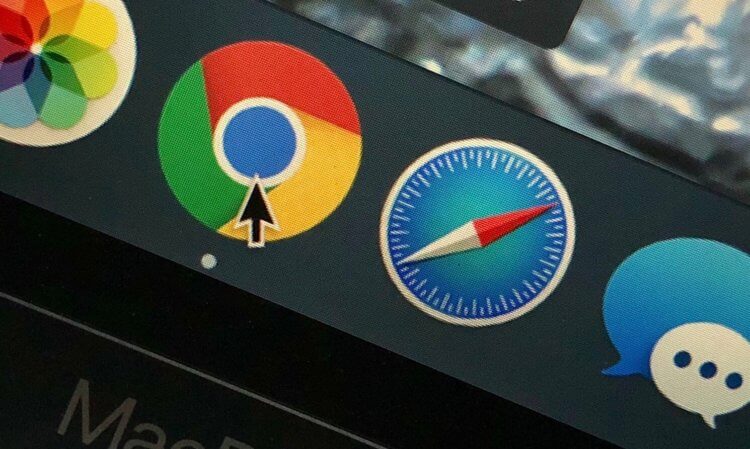 You’ve probably heard (and maybe even convinced yourself of this) that Chrome is the most gluttonous browser that can drain all the resources of a computer. At one time, there was even a fable among users that Apple specifically released the Mac Pro with 1 TB of RAM to work in Chrome with more than 2 tabs at the same time. However, Google regularly releases updates that supposedly overclock its proprietary browser and reduce resource consumption. By this logic, Chrome should have caught up with Safari long ago. But is it equal?

Chrome turned out to be 10 times more gluttonous than Safari.

Developer Morten Just conducted his own experiment, during which he compared how noticeable the difference in RAM consumption is between Chrome and Safari. To do this, he set up a virtual machine with pure macOS Big Sur on a MacBook Pro 16″ with 32 GB of RAM and sequentially launched only two tabs in each browser: Twitter and Gmail. The result was not long in coming.

Comparison of Chrome and Safari

In the baseline scenario, the average RAM consumption of a tab with Twitter in Chrome was 730 MB. This is exactly 10 times more than Safari, which showed consumption of just 73 MB. However, Safari has a special mechanism that allows you to switch to the mobile version of the site and thereby reduce the RAM consumption, even more, reducing it to 63 MB.

In the test with two simultaneously running tabs, the result was even more revealing. Chrome took exactly 1GB to handle tabs from Twitter and Gmail, while Safari’s result was no more than 80MB. However, the developer thought this was not enough, and he decided to check how both browsers would behave if they were loaded with several dozen simultaneously running web pages.

Then he opened 54 web pages in Safari and Chrome and found that the average RAM consumption per tab in Safari was only 12 MB, while Chrome required about 290 MB. As you can see, the difference turned out to be truly colossal, showing that the branded web browser of the search giant is dozens of times inferior to Safari in terms of the efficiency of using available resources, filling the entire space like gas.

Why is Safari better than Chrome?

Why is this happening? In fact, the high power consumption of Google Chrome is due to several factors. While Google is clearly trying to improve the performance of its browser, it is not particularly cost-effective. This is both an abundance of functionality and extensions, many of which load the computer quite heavily. In general, its internal structure leads to an overuse of resources and energy.

Recently it became known that Google is working on PartitionAlloc-everywhere feature. It should solve several problems at once: allow the browser to start faster, speed up the loading of web pages, and optimize RAM use. It’s hard to say what will bring about such a massive shift, but Google expects that the innovation will change the way users think about Chrome.

Be that as it may, there is no other browser other than Safari that would behave as economically and quickly on macOS. Apple has done extensive work to optimize Safari for its operating system. Cupertino is not afraid to block all web trackers that work on sites and track users, do not use their own and do not collect user data. They regularly implement all kinds of protection mechanisms and improve performance. As a result, there is nothing banal to replace Safari with macOS.