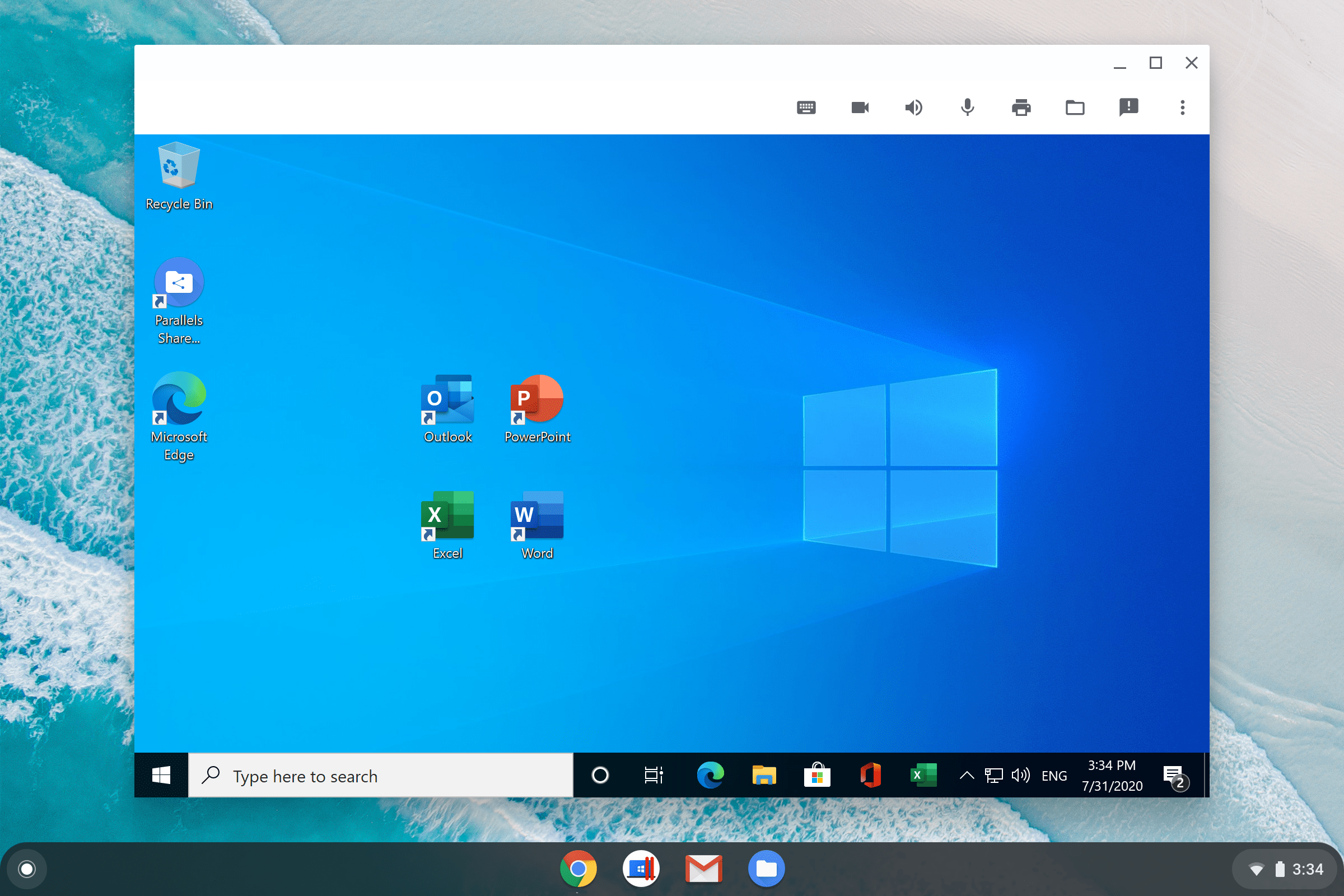 Running Windows on a PC with Chrome OS.

Google partnered with renowned virtualization solutions provider Parallels to enable Windows applications to run on Chrome OS devices. The partnership was first announced in June, and now there is a corresponding opportunity – Chrome OS now runs a full-fledged Windows in a virtual machine, allowing you to run Windows programs on Chromebooks, including Microsoft Office.

But there is an important caveat: this feature was created specifically for corporate clients – everything is implemented through the Parallels Desktop software. Only corporate customers will be able to purchase the app for $ 69.99 per user.

As noted by The Verge, the integration is not as good as in the case of Coherence mode, which allows you to pin Windows applications to the Dock on macOS and launch them without displaying the Windows desktop and taskbar. But this is only the first version of the software, and in future versions of the software, it is likely that the integration of Chrome OS and Windows will be significantly improved.

Users will be able to run several full-fledged Windows applications simultaneously in the Parallels Desktop virtual machine, even without an Internet connection. Parallels and Google worked together to provide functionality such as shared clipboard, shared user profiles, and custom folders. This allows you to freely share files between a Windows guest and Chrome OS, and even allow web links on Windows to launch the Chrome browser from Chrome OS.

Printers supported on Chrome OS will be available on Windows, but webcams, microphones, and any other USB devices are not yet supported on Windows. Parallels is working to provide support for USB peripherals and webcams in the next software release.

Google recommends using high performance Chromebooks, which the company defines as “for power usage”, to work with Parallels Desktop for Chromebook Enterprise. Such models usually come with an Intel Core i5 or Core i7 and 8 GB of RAM with active cooling or 16 GB of RAM with passive CO. But it’s safe to assume that all modern Chromebooks will pull Parallels.

YOU CAN ALSO READ:  From Galaxy Fold and Galaxy Z Flip 5G to Galaxy Z Fold2. The evolution of Samsung's foldable phones

System administrators will be able to use the Google Admin Console to install Parallels on compatible devices, but they will need a Windows 10 license to set them up.

At the same time, Google has improved the virtual desktops feature in Chrome OS to make it easier to drag individual apps and windows across multiple tables. The split-screen mode, which looks a lot like Windows 10, now also lets you place apps side-by-side or move them between external displays.

Google prepares for the annual summit Chrome dev summit in December, and especially to Chrome OS Demo Day, which will take place on December 3rd. So in the near future we will have a lot of announcements on Chrome OS and Chrome.