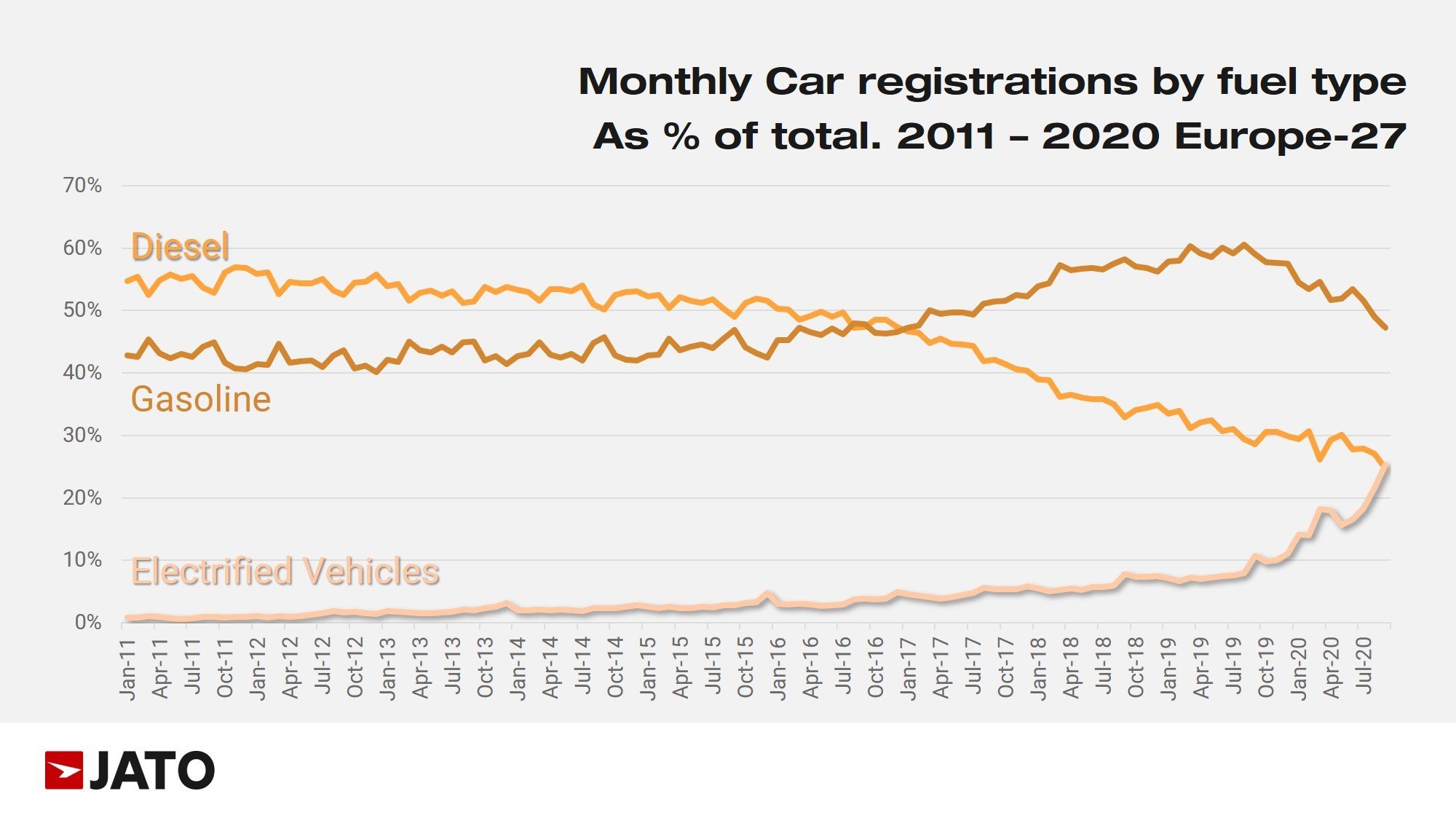 For the first time in history, more electric cars than diesel cars were sold in Europe

The research company JATO Dynamic has published a report on car sales in the European market, according to which in September of this year in 27 countries of the region, for the first time, more electric trains were sold than diesels. This is the first time in history that “green” models have surpassed one of the types of fuel cars, while only three years ago, it was diesel versions that dominated the European market.

For the sake of fairness, we note that we are talking not only about pure “battery” electric vehicles (BEV), but also about any electrified versions, including plug-in and other hybrids (PHEV, HEV). In total, 1.3 million cars were sold in Europe in September this year (1.2% more than a year earlier), of which 25% or 327,800 were electric. Interestingly, more than half of them (173,800 or 13% of the market) turned out to be mild hybrids, and only 154,000 (12% of the market) were plug-in hybrids and electric vehicles.

YOU CAN ALSO READ:  British company Lunaz will build 30 electric vehicles based on classic Rolls-Royce Silver Clouds and Phantoms at a price of $ 500,000 and above

Even more information about the European car market can be seen in the infographic: 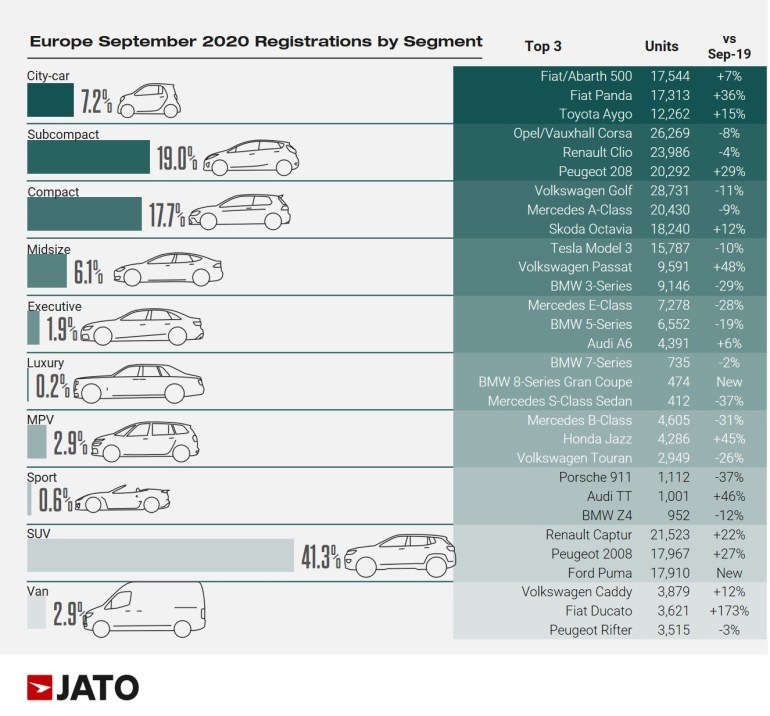