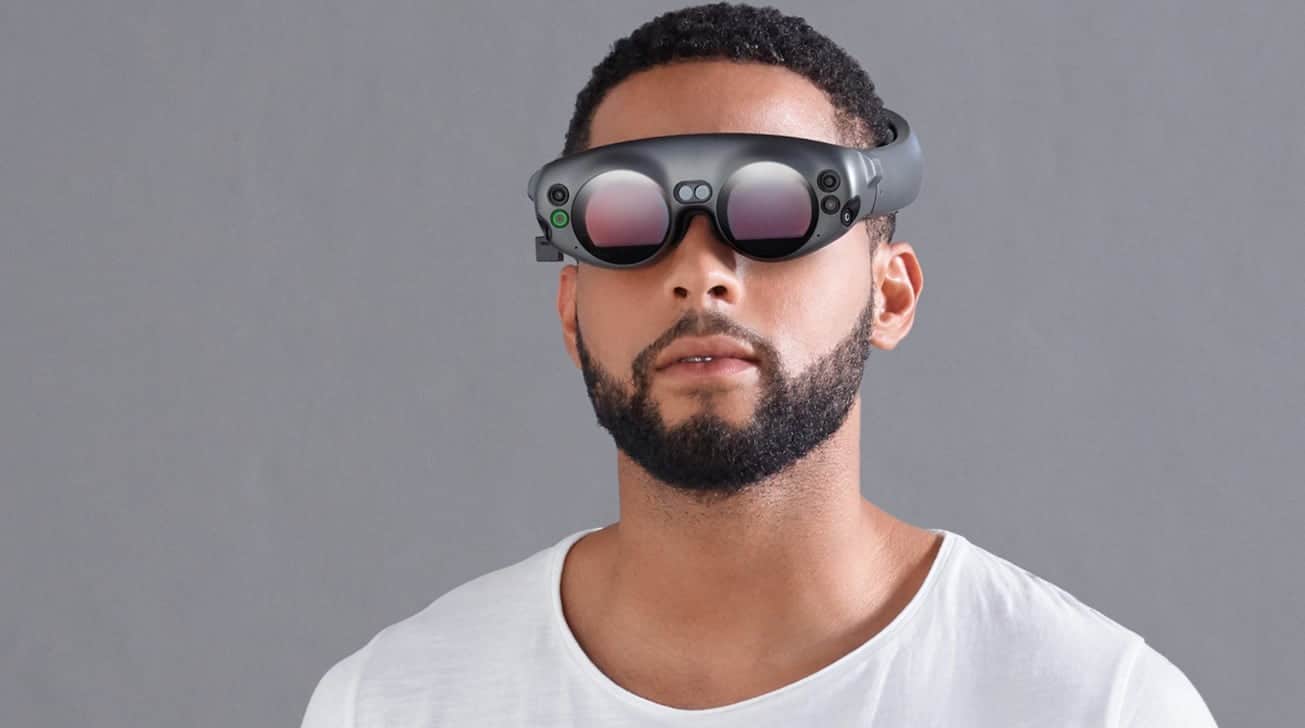 Apple’s widespread interest in augmented reality is no longer news. But developing an Apple VR headset with the Apple logo- this is something new. While everyone was waiting for an augmented reality device like Apple Glass from Apple, the company developed VIRTUAL reality glasses- with some AR capabilities. The information was found out from an inside source at Apple. Apparently, Apple is doing Mac Pro but among the glasses VR.

Apple decided not to use iPhone in its mixed reality headset.

The mixed reality headset that Apple is developing will feature more than 12 cameras for tracking hand movements and showing video from the real world to the user who will be wearing it. Also, the helmet will have two ultra-high 8K resolution and advanced eye-tracking technology. Thanks to special sensors, the screens will catch where the user is looking and adjust the content accordingly.

These could be Apple’s mixed reality glasses

Apple’s mixed reality headset illustration (above) was recreated from a render seen by a source at Apple. Regarding the device’s look and the materials used, the recently released AirPods Max may provide some design clues. So, Apple can use aluminum as a case, which will house two 8K displays, and mesh material from the AirPods Max‘s headband to fix the headset on the user’s head.

You can also read: Disassembly of AirPods Max: iFixit

Apple has been working for years on a technology that uses eye-tracking to fully render only the portions of the display the user is looking at. This will allow the headset to display lower quality graphics to the user’s peripheral vision and reduce the device’s computing needs. In the main field of view, the helmet will display the image at the maximum resolution.

How much will you have to pay for all this? As you may have guessed, it must be more than $300 to $1,000 for existing VR headsets from Facebook, Oculus, and others.

According to a source familiar with Apple’s plans, the company is considering $3000, much more than its laptops’ starting price. However, this is less than that Microsoft asks for its HoloLens 2 mixed reality headset, which retails for $3,500.

You can also read: Apple MacBook Pro 2021 will have a heavily redesigned design

At this price point, Apple won’t sell many headsets. Companies are likely to be the main consumer. This is the market that Microsoft is targeting with Hololens. For example, companies will conduct interactive meetings with employees or even with partners using such a headset, leaving both hands free. Or develop new ways to train workers so they can better interact with tasks. In fact, you have to turn on your imagination – there can be many cases of using such a headset. Including gaming, yes.

An example of using augmented reality at work. It looks like a toy so far, but this is just the beginning.

Apple is also working on a pair of lightweight smart glasses designed to overlay virtual objects in the real world. This device is still several years away, and the company faces serious technological problems in the development process. In October 2019, Apple told employees it hoped to ship the headset in 2022 and the glasses by 2023. Until recently, I didn’t believe that the corporation would release something like that, but now… I don’t even know.

You can also read: You can’t use Apple Glass without an iPhone. Why is it good?