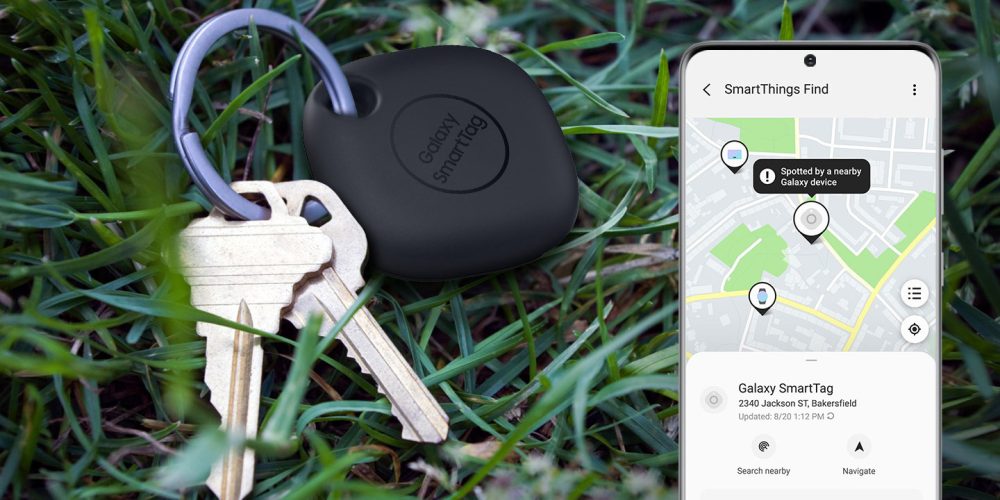 Everything we know about Samsung SmartTag

On January 14, Samsung held its Unpacked presentation, at which, as expected, it introduced the new Galaxy smartphones – Galaxy S21 and Galaxy S21 Ultra. But the South Korean company decided not to be limited to this. The event’s framework also showed the Galaxy Buds Pro wireless headphones (yes, the Samsung answer to AirPods Pro) and Samsung SmartTag. Are these the very search beacons that we have been waiting for from Apple – AirTag? But no. Samsung SmartTag is a completely different kind of device, but Samsung would not be itself if it had not announced Samsung SmartTag + along with it. And now this is a full-fledged “answer” to Apple AirTag.

What is Samsung SmartTag?

It is a search tracker that works with Bluetooth technology. Such beacons have been produced for several years already, among them are very common, for example, Chipolo. Samsung SmartTag is just a small keychain with built-in Bluetooth. He definitely needs a software base, an application through which Samsung smartphones will track the beacon. Its role is played by the SmartThings Find service.

Why are such beacons needed? They are small. They can be attached, for example, to keys, put in a wallet or backpack. And by launching the mobile application, see exactly where the item to which the tracker is attached is located. However, the search radius will be at best about 20 meters, but in reality – no more than 10 (depending on walls and other factors). Such a thing is suitable if, for example, you cannot find the keys at home. But I never discovered the advantages of such devices for myself. It is not surprising that the Koreans themselves spoke about Samsung SmartTag with poorly concealed indifference.

The beacon is compact and can be attached anywhere.

How Samsung SmartTag differs from AirTag

Apple’s search beacons, of course, will not work with Bluetooth at all. At the heart of AirTag will be the U1 chip, which, thanks to the support of Ultra Wideband technology, will determine its location as accurately as possible, transmitting geolocation data to the owner with an accuracy of several centimeters. The beacon will be able to do this using the iPhone of passing users who will not even know about it. As a result, the owner of the loss will find it more easily than with other trackers.

This will be the main advantage of AirTag. Therefore, comparing Apple’s beacon (which has not even been released yet) with Samsung SmartTag, which is essentially a mediocre Bluetooth tracker, is generally impossible. Samsung apparently understood this and therefore made a cunning move: they announced Samsung SmartTag +… They said that this tracker would be released later in 2021, and already it WILL support UWB. That is, in fact, this is AirTag. But like Apple, Samsung isn’t ready to launch it yet.

It seems to have been presented, but it seems not.

Samsung did the right thing. Now they can claim that they were the first to introduce such a beacon, and they will be right. True, he still needs to be taken to the counters, and this is not so easy. Suffice it to recall AirPower, which Apple officially introduced, tried to release it until recently, but eventually closed the project. Samsung may do just that.

In any case, you and I are unlikely to use Samsung or Apple beacons with UWB support. Ultra-Wideband is based on the 6 GHz frequency, which most of the org. Saves for their government needs. Therefore, when Apple approached the regulators with a request to allocate frequencies to ensure wireless technology operation, the most departments refused, citing the need for additional testing.

By the way, a similar situation in many countries, the very idea that the user’s phone will exchange information with some beacon without his knowledge, worries many. How would you react to this?