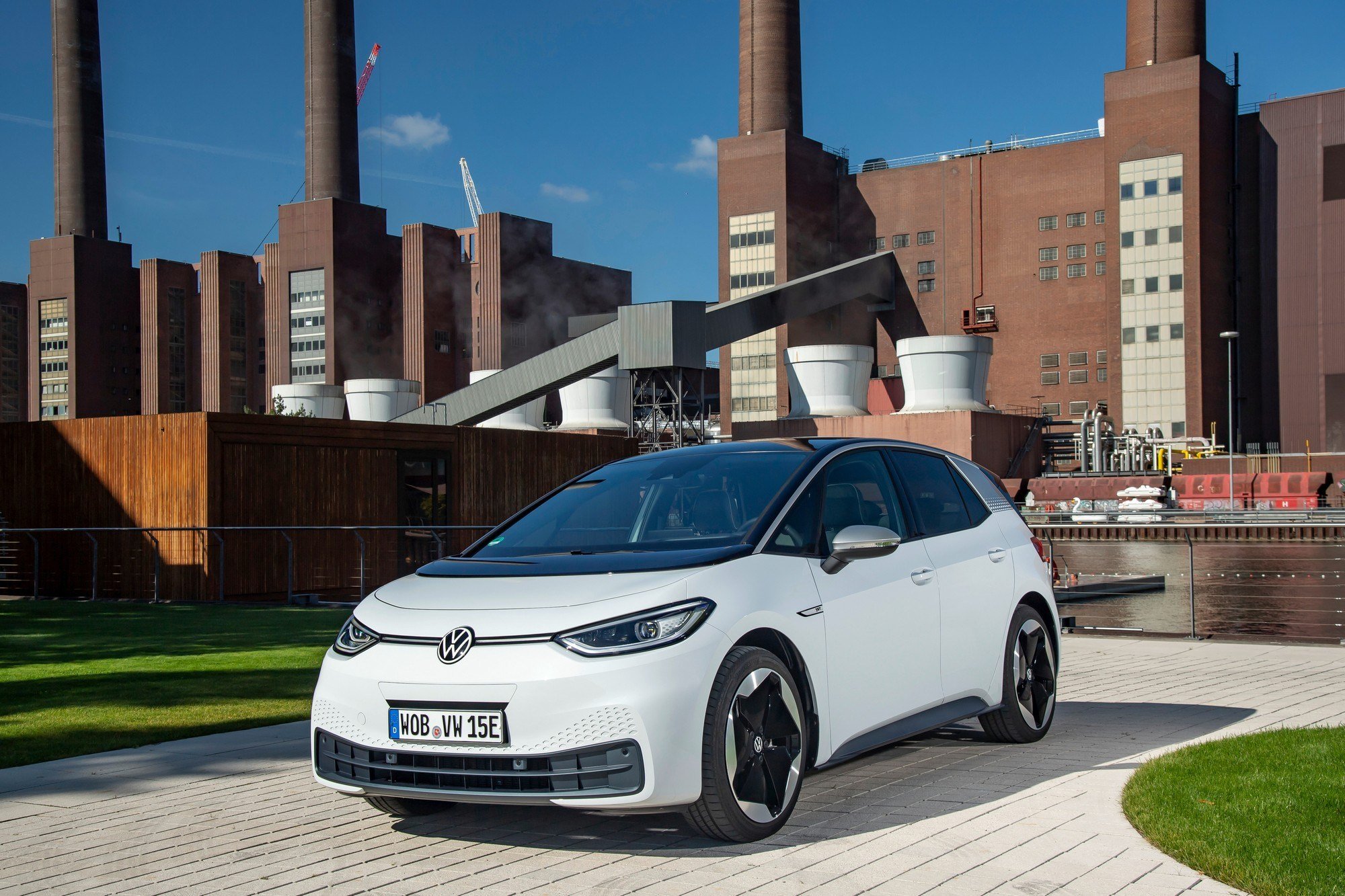 Research firm JATO Dynamics has released fresh data on cars, hybrids, and electric vehicles in the European market in October 2020. Even though the total car sales market was down 7% compared to last year, electric models show enviable growth, and the German Volkswagen ID.3 electric car has become a bestseller.

Since the beginning of the year, 9.7 million vehicles have been registered in Europe, which is 27% less than 2019. If we talk about October sales, then this year the Europeans purchased 1.13 million cars (these are the results of the 2018 level), while last year this figure was 1.21 million units. 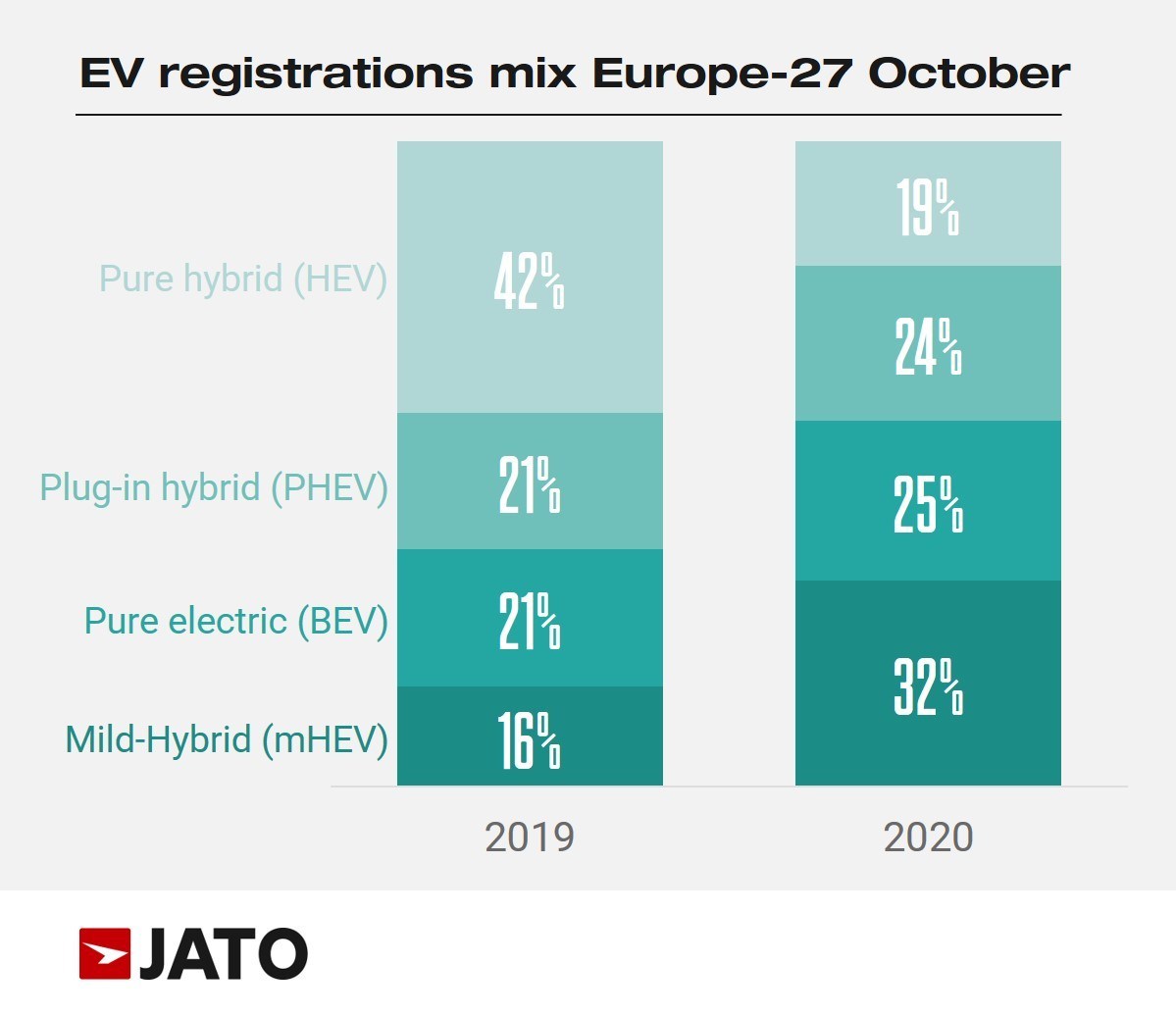 For the second month in a row, electrified models (BEV, PHEV, HEV) outperformed diesel models in sales – 26.8% (302.587 units) against 26.3%. Interestingly, mild-hybrids show a two-fold increase in their share, which provides great fuel economy and environmental friendliness at a fairly low cost that battery electric vehicles cannot yet offer.

YOU CAN ALSO READ:  Interior camera in Tesla electric cars can get a driver tracking system

The sales of battery electric vehicles (BEVs) grew by 197% annually, with 71,800 BEV sold in October in Europe. Volkswagen ID.3 became the leader in the segment due to 10,590 units (and a market share of 25%), while in the overall rating, it occupies only 29th place, so there is still room for growth for electric trains.

Interestingly, more than half of ID.3 sales fell on business purchases (car fleets) and taxi, car sharing, and rental services. The second place is taken by Renault Zoe (9,778 units), the third – by Hyundai Kona (5,261 units), but Tesla is not in the Top 10 most popular electric vehicles in Europe at all.

In general, the structure of the European car market in October 2020 was as follows: 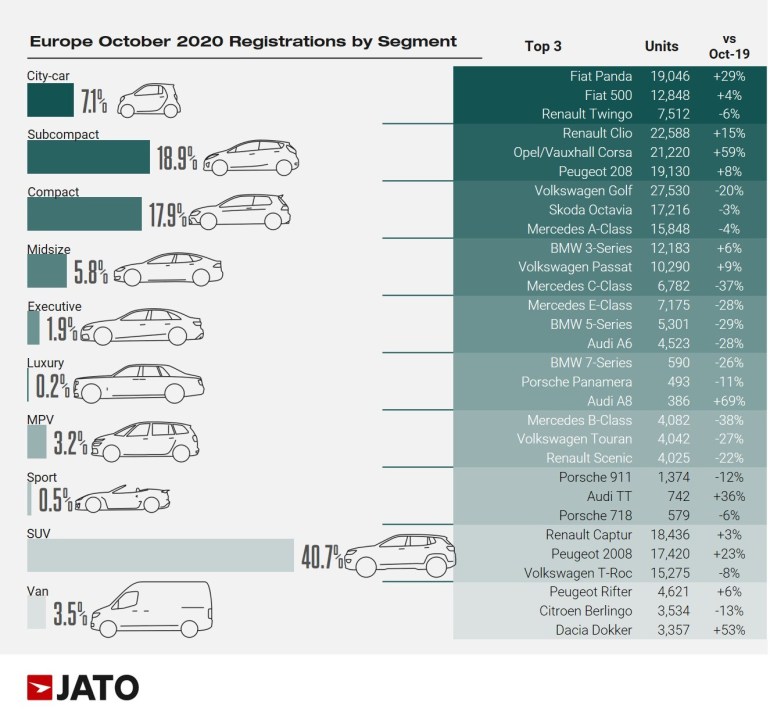