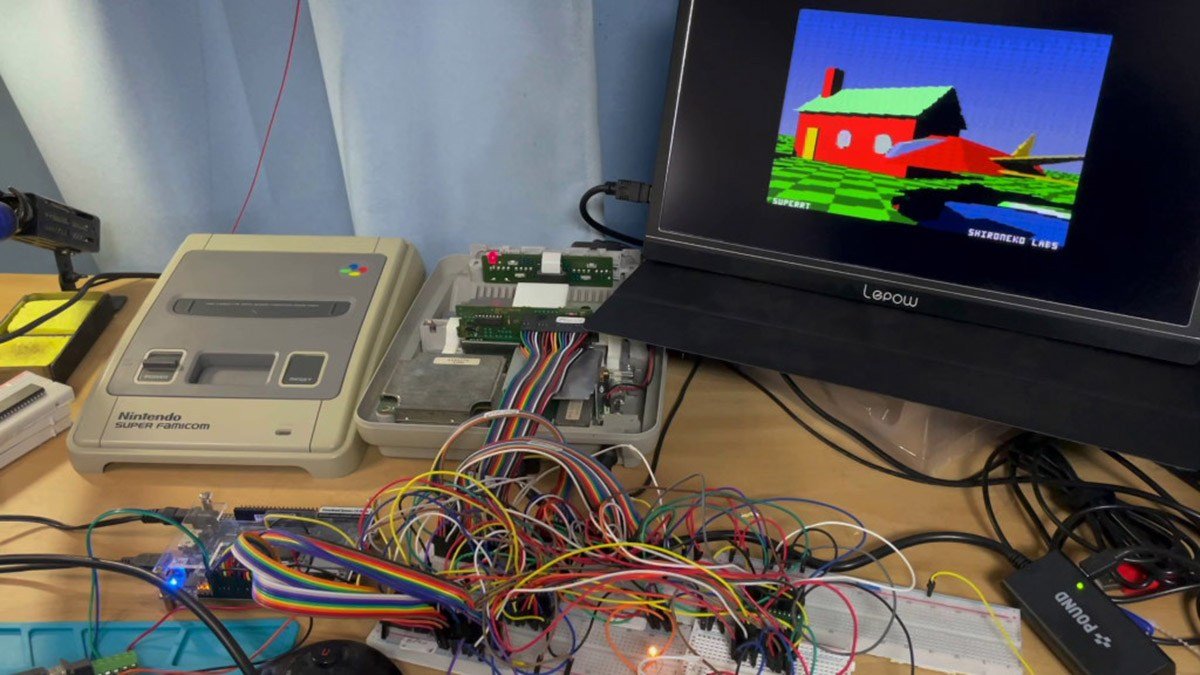 Ray tracing technology has been available on PC for several years. It has appeared on the next-generation game consoles PS5, Xbox Series S, and X. Ray tracing requires powerful hardware, so not even all computers released over the past two years support her. But now this technology has been implemented on the old SNES (Super Nintendo Entertainment System) game console, which was released back in 1990 and cannot boast of productive components.

Thanks to the efforts of programmer Ben Carter, ray tracing was launched on the SNES console. He modified the console’s hardware by adding a chip he calls the SuperRT. Carter added this programmable chip (FPGA) to the game cartridge. This feature was originally available for the console. Previously, some games were able to add 3D graphics and special effects using a special Super FX chip. In the case of a Carter modification, the SuperRT chip takes over real-time ray tracing without affecting the console’s overall performance.

You can see the effect of adding ray tracing to the SNES game console in the following video.

And in Ben Carter’s blog, see the console modification process in detail.