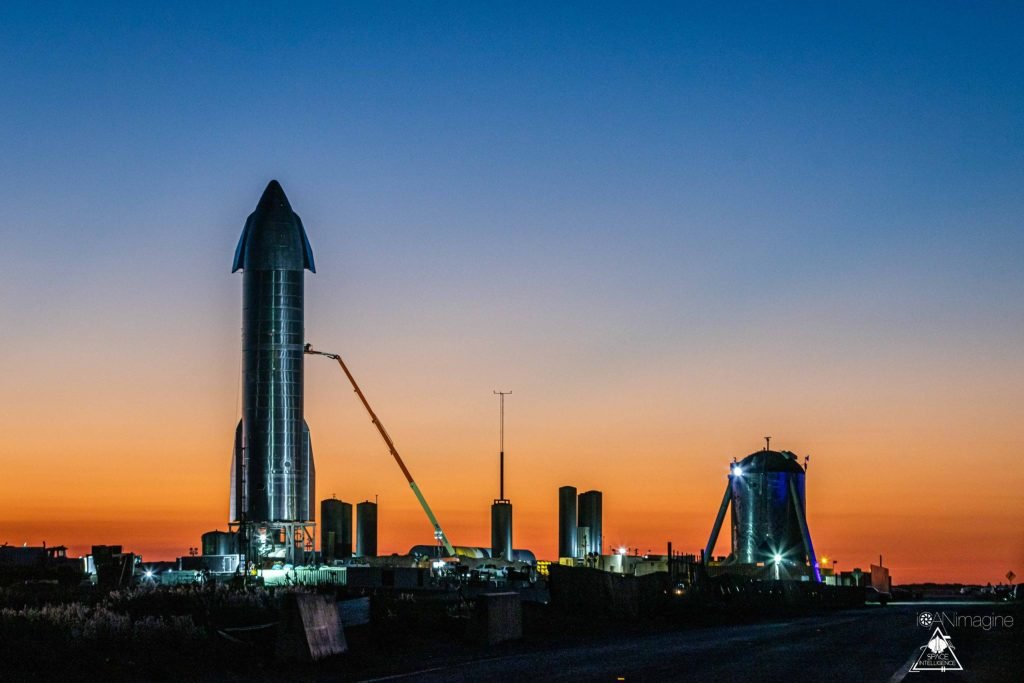 Elon Musk: “I am fully confident that a man will land on Mars in the next six years”

SpaceX founder and CEO Elon Musk is firmly convinced that a human foot will first set foot on the surface of the Red Planet within the next six years. He made the corresponding statement at the Axel Springer award ceremony, which is awarded by the media concern of the same name to the authors of innovative ideas influencing humanity’s development.

Below is the video is a corresponding fragment of Musk’s conversation with the host of the award:

Elon Musk, accepting the @axelspringer award in Berlin, says he is “highly confident” that SpaceX will land humans on Mars “about 6 years from now.”

“If we get lucky, maybe 4 years … we want to send an uncrewed vehicle there in 2 years.” https://t.co/qYNc464fkP pic.twitter.com/LBDwKG7F1g

By and large, in his recent statement, Musk only confirmed the same dates that he indicated earlier. The founder and head of SpaceX Elon Musk spoke about plans to colonize Mars back in 2011, stating that this will happen within the next 10-20 years.

Right now, as you know, SpaceX is at an incredible pace, especially given the small amount of dedicated resources (about 5%), is developing a next-generation manned spacecraft Starship (and a heavy Super Heavy launch vehicle for it) to colonize the Moon and Mars. Over the past year, Elon Musk’s company has achieved considerable success in this ambitious project. A summary below.

Last year, SpaceX conducted a series of successful tests on a scaled-down Starhopper mockup (aka repeats and “water tower”). First, there were static tests of the Starhopper engine on land, and then we saw the first flight tests of the Starhopper test with ascents to altitudes of 20 and 150 m. On August 5, Starship SN5 (fifth production test vehicle) with one Raptor engine made its maiden flight 150 meters. The previous four (Mk1, SN1, SN3, and SN4) were destroyed in earlier testing stages. On September 3, the Starship SN6, powered by the Raptor SN29 engine, repeated the Starship SN5 feat.

On November 25, SpaceX conducted the fourth firing tests of the Starship SN8 prototype (the eighth production test vehicle) with three thankfully assembled Raptor oxygen engines (equipped with a head fairing and air rudders). It is now preparing for the first full-fledged flight tests – the launch was tentatively planned for November 30, but since then, it has been postponed several times. On the night of December 3, SpaceX will once again try to launch Starship SN8.

The suborbital flight will be the apotheosis of the Starship SN8 test program – the prototype ship will rise to about 15 kilometers and land back at the launch site. The chance of success is small – “1/3” evaluation Mask. But SpaceX has improved prototypes SN9 and SN10 almost ready, and several major updates are planned for SN15.

YOU CAN ALSO READ:  Sofa from Xiaomi with adjustable backrests and USB-connector
0