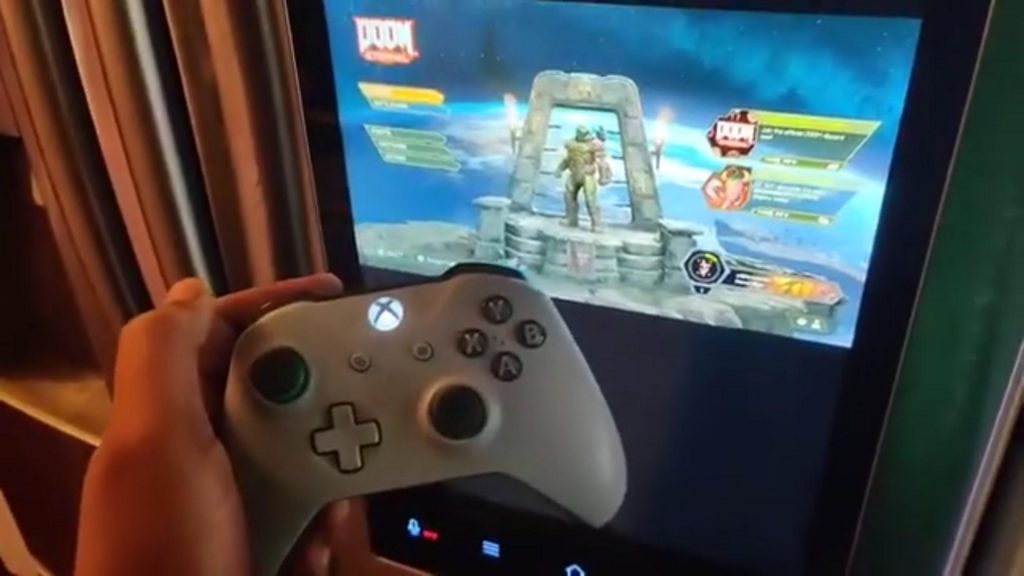 DOOM Eternal on Samsung’s Smart Fridge – Made possible by xCloud

The list of devices that have not yet run Doom continues to shrink. We only had time to talk about the unusual experience with the launch of the legendary classic on the TI-84 Plus calculator powered by potatoes, when it became known about another experiment, in which the newest shooter DOOM Eternal was launched on the screen of a Samsung smart refrigerator. Roller published on his Instagram page a user named Richard Mallard, on him drew attention edition of The Verge.

The user installed the Android version of the Xbox Game Pass app on a smart refrigerator, and then launched DOOM Eternal on its screen, using the capabilities of the xCloud streaming service, which launched on September 15 in beta testing status (unfortunately, neither Xbox Game Pass nor xCloud in Ukraine not officially available).

As you can see, the application itself works in portrait mode, the game is displayed in the “correct” horizontal format.

The Verge editor Tom Warren ironically noted that xCloud arrived on Samsung smart refrigerators earlier than on iPhones and iPads – in August, Microsoft stopped the beta test of xCloud on iOS, citing the strictness of the company’s policies, and Apple responded that Stadia and xCloud violate App Store policies. In September Apple updated App Store rules, formally allowing game streaming services like Stadia and xCloud. But in fact, the restrictions (the requirement of a separate page and direct download from the App Store for each individual title) remained. Last week there were reports that Microsoft prepares xCloud browser app for iOS to bypass App rules Store.