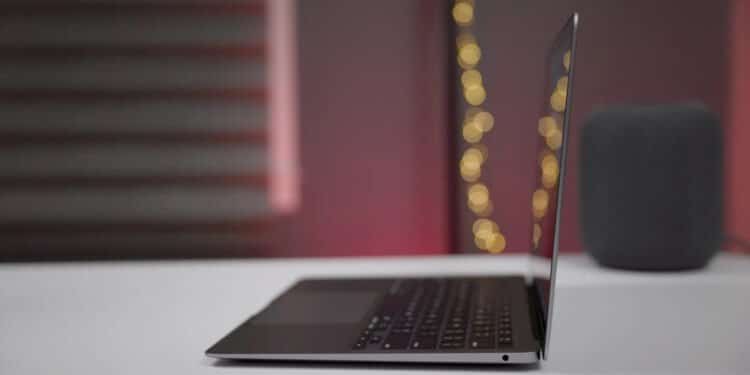 Do we really need a MacBook Pro?

Apple will release a refined MacBook Air with a new design. Then, why do we need a MacBook Pro?

Recently, there have been many rumors on the internet about Apple’s 2021 updates. We also reported iMac with thin bezels, New monitor, and Mac Pro: What Apple will update in 2021. It got to the point that the number of leaks about the MacBook, iMac, and even the Mac Pro left all rumors about the line behind iPhone 13 – I don’t remember that it ever happened. Apparently, everyone was so excited about the MacBooks on the M1 chip (and Mac mini), and now they are waiting for? What will happen if they put ARM in a 16-inch MacBook Pro? Or iMac Pro?

Apple will not stop there either, according to Bloomberg sources (and they are rarely wrong): the company plans to update the MacBook Air again and make it more “professional.”

According to insiders, Apple is developing a new MacBook Air that will launch later this year or 2022. Mark Gourmet’s article describes this laptop as a higher-end model in the MacBook Air family: which means an even thinner body and lighter weight than the current MacBook Air, as well as a next-generation Apple processor (ARM, of course) that will offer even better performance. Then the M1 chip. Although it would seem much more powerful?

MagSafe is another major innovation in the new MacBook Air. But not in the same form as in the iPhone 12 (otherwise, it will be a huge “pancake” for charging), but as in the MacBooks of past generations. How many laptops saved MagSafe from inevitable death when falling! With it, the charging cable was automatically disconnected from the MacBook under any impact from the side. Apparently, Apple decided to implement something similar already with the USB-C connector, although MagSafe for new MacBooks has long been invented before it. On the same Ali, many accessories allow turn regular MacBook charging into magnetic and are generally inexpensive.

It is unlikely that Apple will collectively farm like this. It is interesting to see the result.

In the context of iPhone 12, MagSafe stands for Magnetic Inductive Wireless Charger. But on a Mac, this will be a completely different way of charging, will there be confusion with all this? MagSafe was the hallmark of older Macs but has been phased out since 2015. It should now be back in the upcoming MacBook Air and MacBook Pro updates.

Should you buy a MacBook Air on the M1?

Launched in November 2020, the MacBook Air with the M1 chip didn’t just receive universal praise – it became the most talked-about computer for a while. This was mainly due to the improved architecture made when moving to Apple’s own ARM chips since there are no more innovations in this computer. The 2020 MacBook Air looks the same as its predecessor, with no Touch Bar or Face ID.

And what will become of MacBook Air on M1 after the release of its “upgraded version”? It will be marketed as an entry-level model for a while, and the new high-end version will have a more attractive new design. And the price, I think, is also higher. And hardly attractive.

One of the concepts of the new MacBook Air

I don’t see the point yet why Apple would release a more powerful MacBook Air. Now the company has a clear distinction between laptops: Air – for simple tasks, Pro – for more resource-demanding. On the other hand, the output of the M1 chip turned everything upside down despite the lack of an active cooling system. Although rumor has it, the SD card slot’s return will be a distinctive feature of the new firmware.

It looks like 2021 will be a hot year for Mac fans, with rumors of major design changes to the MacBook Pro, iMac, MacBook Air, and Mac Pro over the past couple of weeks. And all of these future computers will also be powered by Apple chips that deliver incredible performance and energy efficiency.