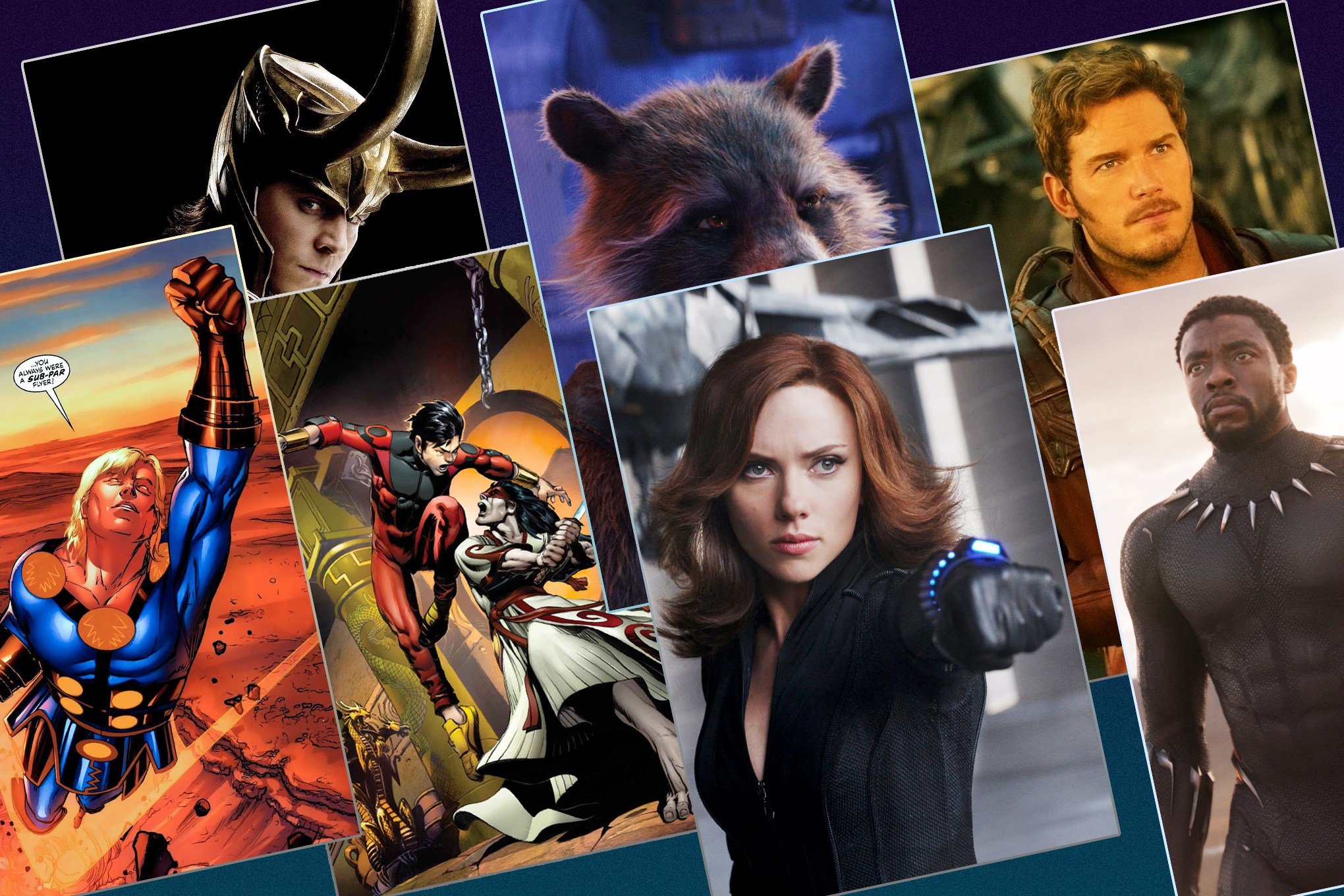 Disney has published a detailed release schedule for 2021 – in some cases exact dates, others indicative.

One of the most interesting features of the new schedule was the absence of the third season of The Mandalorian and the presence of its spin-off The Book of Boba Fett and the new series Star Wars: The Bad Batch. Thus, the new-old mercenary’s story will occupy the December slot of the Disney + streaming service, which The Mandalorian had occupied for two years in a row.

In 2021, we will also see six series about Marvel superheroes at once, including “WandaVision” (January 15), “Falcon and the Winter Soldier” (March 19), “Loki” (May), “What if …?” (summer), Ms Marvel and Hawkeye (both end of the year). In terms of MCU films, Black Widow (May 7), Shang-Chi and the Legend of the Ten Rings (July 9) and The Eternal (November 5) received the exact premiere dates.

The full release schedule for Disney movies and TV series for 2021 is as follows: 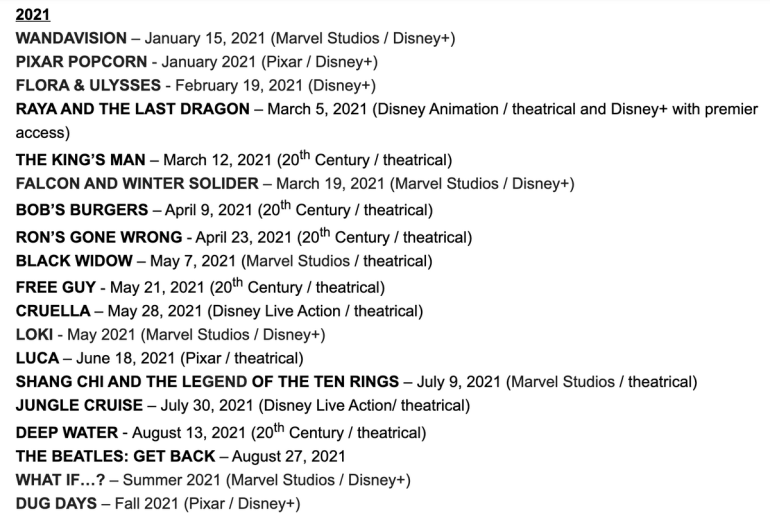 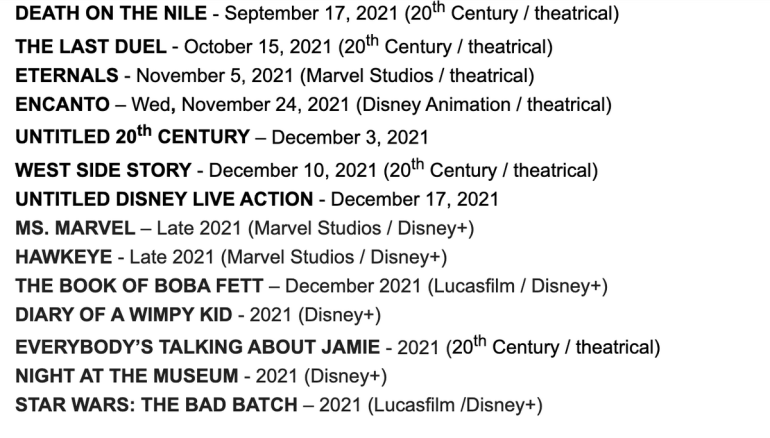 Recall that on December 11, Disney held a special event for investors, in which it announced a scattering of new projects from various studios, including the Marvel and Star Wars universes.