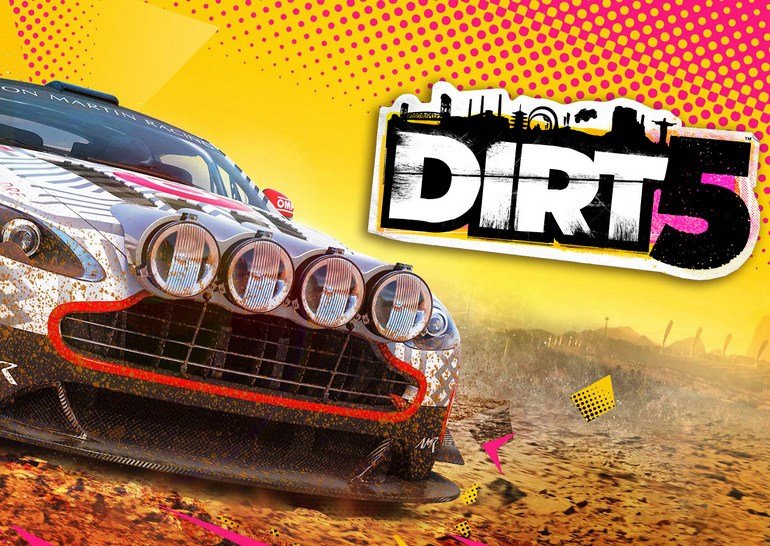 It looks like Codemasters has overdone its brand consolidation of all the racing games available on the market. I overdid so much that some of the studio’s own series did not have enough space in the sprawling product line. And the first victim was DIRT, the last part of which, DIRT 5, was carried somewhere completely wrong. However, this series started having problems a long time ago.

The DIRT series has been shaking from side to side since the days of DiRT 3, which was born as a kind of spin-off, an attempt by Codemasters to attract a wider audience to their games. The ploy worked. DiRT 3 sold well, well above Colin McRae: Dirt and Colin McRae: Dirt 2.

Inspired by Codemasters’ success in hot pursuit, literally the next year, released an even more arcade and reckless DiRT: Showdown, which was greeted much cooler. From the name of the rally sims that gave the series, there is negligible little left here. The game looked like a representative of a completely different franchise. Showdown’s sales were three times worse than DiRT 3, yet they still outnumbered Codemasters’ simulators.

DiRT Rally followed showdown, a response to fan criticism, and a return to the series’ roots. The word Rally in the title emphasized the game’s simulatory nature and separated it from arcade spin-offs. Sales were inferior to Showdown, but they were on the same level as rally simulators, and fans again believed in Codemasters.

Perhaps that is why the next arcade part of the series, DiRT 4, was not quite arcade. It was simpler than DiRT Rally, but not by much. In fact, it was the same rally sim, only with a lower entry threshold. This completely confused fans. Moreover, the next DiRT Rally 2.0 that followed DiRT 4 became a serious simulator again. As a result, sales of all the games in the series fell at once. It was washed out due to the throwing of marketers from side to side. What to expect from DIRT 5, unveiled in May 2020 at the Inside Xbox event, no one understood.

It seems that the developers themselves did not understand this, especially since Codemasters took the spin-off from Codemasters Southam, which was engaged in DiRT 4, and handed it over to Codemasters Cheshire, which was recently called Codemasters Evo and is another incarnation of Evolution Studios, the creators of the once-legendary racing series MotorStorm for PlayStation 3. Since 2012, they have not released a single successful game.

Judge for yourself. The ambitious Driveclub, released in 2014, had such problems that Sony canceled the planned DLC with motorcycles and announced the studio’s closure. The remnants were picked up by Codemasters, rebranded as Codemasters Evo, and assigned the studio to work on another arcade race, ONRUSH. Which was released on consoles in 2018 and … failed miserably. So much so that they decided not to bother with the PC version, although it was originally planned. Instead, Codemasters gave Evo, renamed Codemasters Cheshire, another chance with DIRT 5 … And it seems, in vain, this game will bury the studio Cheshire, and the DIRT series, and possibly Codemasters itself. Everything is really, very bad.

First, Codemasters Cheshire decided that since Showdown was selling well, but DiRT 4 did not enter the players, their new game should be brighter, crazier, and more colorful than Showdown. Much colorful. As a result, DIRT 5 looks like a psychedelic rave party during the Indian festival of colors. The flowers literally dazzle in the eyes, on the track and around something constantly flashing, exploding, lightning strikes, flames blazing, sparkling neon, sparks of snow flying into the eyes, airplanes are flying overhead … You probably saw a warning before modern games for people with a tendency to epileptic seizures. So, DIRT 5 can cause an epileptic seizure in perfectly healthy players!

And the color scheme … After the discreet and realistic colors of DiRT 4, it just hurts the eyes. It seems like RAGE 2, Far Cry New Dawn, and Fall Guys: Ultimate Knockout has a mutant child made from their shared DNA. Believe me, after an hour of such races. Your eyes will need relaxation in the form of watching classic black and white films.

Yes, and Codemasters Cheshire decided to screw some MotorStorm into DIRT 5. Night in this game comes during a semicircle. It rains on all tracks, even in the desert, a thunderstorm accompanies snow, etc. It all looks ridiculous.

Codemasters Cheshire is proud to share a brand new Career Mode with a grid of races that lets you bypass the kinds of challenges you don’t like. That’s right, the grid really exists, and you can go through the entire campaign to the end by opening only one of its threads, but … The problem with the campaign in this game is that it is meaningless. Progression, opening new races, signing contracts with sponsors are completely irrelevant. There is no sense of increasing complexity, no progress in history.

The fact is that all races in DIRT 5, despite the different names of the series and the different classes of cars participating in them, are similar. This is either a race in a circle or on an open track, only the type of coverage and engine power change. The tracks themselves often remain the same. Even despite explanatory videos, it is absolutely impossible to understand how Stampede differs from Land Rush, Rally Raid, or Ultra Cross.

Chaos is also added because most of the game cars are controlled in the same way, despite the differences in the types of drives, engine power, and suspension. No, cars with handling S and C levels are different, but two cars of different classes with conditional handling A are very similar. Differences should be looked for not even with a magnifying glass, but with a microscope.

YOU CAN ALSO READ:  It looks like the Radeon RX 6700 (XT) graphics cards will not go on sale until March

This is the fault of hyper-arcade physics, which levels out the existing minor differences between the machines. Forget about having to break before corners. In DIRT 5, you can win the race … by braking against the bumpers. Moreover, it is in this mode that it is more convenient to pass some of the tracks. Different types of coverage? Rain, snow, blizzard? Visual effects are available; actual differences are not significant. Yes, in Ice Breaker mode, where the races take place on ice (by the way, it has a disgusting interior lighting, literally blinding at night), the cars slip a little harder, but nothing more.

The only modes that really differ from the others are the completely indigestible Sprint roundabout on purpose-built vehicles with a side wing, the comeback but oversimplified Gymkhana, and Path Finder, in which you control a monstrous buggy, driving over rocks and climbing almost sheer walls. Too bad there are too few Path Finder races in the campaign.

One problem, all the cars in DIRT 5 look like plastic models, not real cars. The impression is that we have a mobile game, which, by mistake, got to the older platforms. In the absence of feedback when driving, the problem is in the abundance of glare in too psychedelic coloring. In short, cars are not perceived as real.

But what pleased DIRT 5 was the honest AI. No giveaway game at the start of the campaign, no cheats at the end. Virtual racers drive at their own pace and will not wait for you. If your car crashes or turns over, and in some cases, the boundaries of the track are completely implicit, there will be no chance of winning back. On the other hand, if you drive without any mistakes and use a car with good performance, it will not be difficult to bypass opponents at the beginning of the campaign or the end of it.

YOU CAN ALSO READ:  Crysis Remastered Coming To PC And Consoles September 18

In general, the notorious campaign grid races turned out to be somehow too even and identical. There are always 3 laps, any race takes 3-5 minutes, the same tracks, and opponents’ level does not grow. There is no sense of progression. Considering that the cars’ characteristics are almost the same, then there is no place to spend money here. So it turns out that the whole point of the campaign in DIRT 5 is to collect new backgrounds for the player card, ribbons for the player card, stickers for the player card … and liveries for the cars. Sorry, but this is kind of … stupid. And where is the feeling of victory, overcoming difficulties, that’s all?

Okay, okay, for complexities, there is a network mode. The only problem is that a day after the release of the game, he is already dead. On the second day after the release of DIRT 5 on Steam, 350-700 people play it, depending on the day. Individual racers literally enter the network mode. In 10 attempts to search for opponents, which I made over the course of two days, I only managed to find one person twice. One could not even dream of a full starting grid. Sorry, but for an arcade race, this is a sentence. And no constructor in the spirit of classic Trackmania, in which users build exciting tracks, will help raise interest in the game. DIRT 5 is dead. Farewell to the once-great series.

Against the background of the latest failures of Codemasters, DIRT 5, a completely secondary and unconvincing GRID (2019), and simplified Project CARS 3, even the successes of F1 2020 and DiRT Rally 2.0 cannot guarantee the company’s stability. Maybe it’s time to start thinking about tidying up your gaming lineup? Reduction of the number of series, their correct positioning relative to each other, and an emphasis on quality? Seriously, Codemasters, how long can you step on the same rake?

Arcade racing fans have had bad luck over the past few years. Crew 2, GRID (2019), Need for Speed ​​Heat, and DIRT 5 fell short of expectations. Forza Horizon 4 has already become boring. All that remains for us is Art of Rally and released Need yesterday for Speed: Hot Pursuit Remastered… And what, the old NFS still looks good, plays great, and there is an order of magnitude more people online than in DIRT 5.

Minuses: Psychedelic graphics; completely arcade physics; the behavior of machines differs slightly; there is no sense of the track boundaries; plastic cars; the progression in the campaign is uninteresting; dead multiplayer

Conclusion: In fact, this is a mobile arcade race, which, due to some misunderstanding, got on large platforms