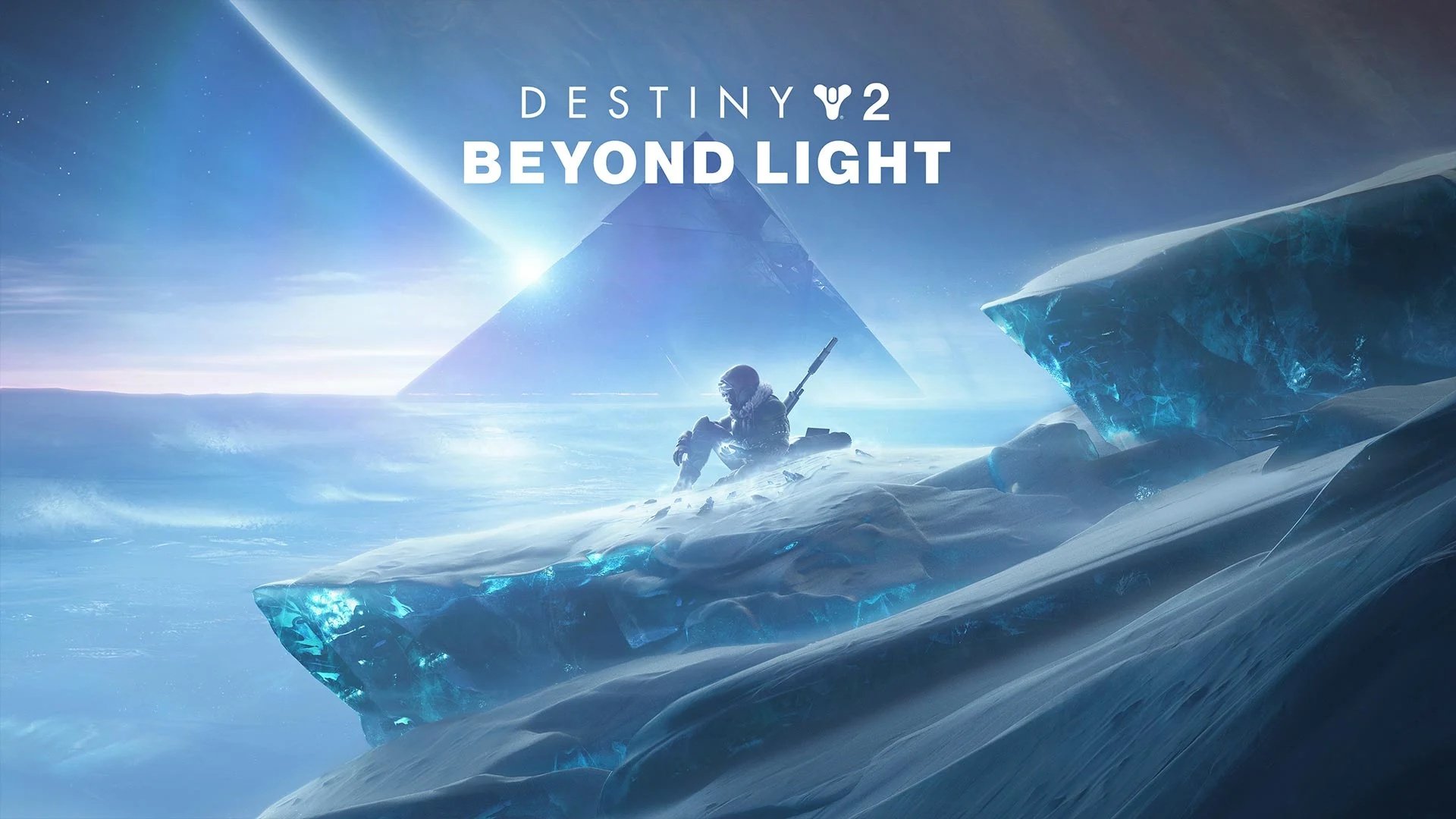 While New Light was the best time for newcomers to get involved in exploring the Destiny game universe, Beyond Light is definitely the worst time for newcomers, as the game world is now experiencing the worst crisis in history, and the add-on itself removes much more from the game. Content then it introduces.

The darkness we have been preparing for all this time is already here. A fleet of pyramid ships invades the solar system and shrinks the ring, gradually depriving humanity of access to other planets and their satellites. But hope remains – the enormous sphere of the Guardian, practically lifeless recently, is healed and begins to take its true form, and our longtime acquaintances appear on the scene with a very unexpected proposal – to accept the Darkness and use the powers it has given to stop the invasion. Although, let’s forget the threat hanging over humanity and deal with what the pyramid invasion deprives us off for a moment. And the list is impressive.

First, we sincerely hope you managed to complete your business in the early campaigns of Destiny 2 since all story content has been removed from the game up to the Forsaken expansion. Watch your hands, what is being said. Once – and Io, Mars, Mercury, and Titan disappeared, along with all the activities associated with these locations. Two – minus seven attacks, eleven maps and seven Crucible modes, five raids, Gambit Prime and two maps for this mode, Panopticon, Black Armory, Hall of Fame, and something else on the little things. Three – and all your favorite ancient exotics turn into a pumpkin, getting a limit on the maximum level of pumping. They can now be at a maximum of level 1060, while base equipment starts at 1050. Hello, brave new world.

On the one hand, we can say that not everything is so bad since the missing PvE content was no longer viral among veterans. It did not disappear irrevocably but went to the Destiny Content Vault, where developers can rework it and return it to the game in a slightly modified form. Exotics, no matter how loved they are, should still be updated from time to time. Collectors will now be able to buy missing items in the new store. But if, from the perspective of experienced PvE-oriented Guardians, these changes are nothing more than an annoying inconvenience. There are mostly indignations about the inability to use their favorite cannon. The situation for PvP players is more than sad from this camp. Not only did the cat cry a lot of activities in the game for them, but the balance is completely broken. Bungie is trying to fix the last problem with patches, but so far, not very successful. However, we will return to this issue a little later. The worst is, without a doubt, the beginners. Frankly, we advise you to refrain from the first acquaintance with the game in the next couple of months, give it time to acquire new content.

YOU CAN ALSO READ:  Ubisoft lists Beyond Good & Evil 2 and Skull & Bones as AAAA games

What does Beyond Light offer in return? Oddly enough, not too much, Bungie has finally moved on to giving out the plot in small portions, so do not wait for the opportunity to clash in the Darkness in the foreseeable future directly. This story arc, judging by the declared developer roadmap, will develop over the next two years. In the meantime, we welcome the return of the Exo-stranger, whom we last saw in the first part of the game, and this time she, fortunately, has time to explain. Along with Eris Morn and the Drifter, the ex-stranger has already mastered the powers of Darkness, having discovered a new element – Stasis, and offer the Guardian to do the same. The proposal is, to put it mildly, dubious, as it goes against everything we have done so far, but this is not even the most controversial point in the expansion. The fact is that the Darkness offered its powers not only to humanity but also to the Fallen, and among them, there was one who liked this offer. The Kell of Darkness Eramis of the House of Salvation also took possession of Stasis and began to build a new, machine-independent empire of the Fallen (or Eliksni, as they call themselves) Jupiter’s moon Europa. The players’ meeting with the House of Salvation will begin with the help of Variks in trouble, and, if it were my will, I would let the Fallen first completely disassemble the fugitive Kell and only then would begin to deal with Eramis. Still, the developers do not give a choice.

Actually, the beginning of Beyond Light is dedicated to the Guardian’s acquaintance with the forces of Stasis and helping Variks in destroying Eramis and her entourage. The season “The Hunt,” which started shortly after the release, will tell how the Hive goddess of war Ziva Arat decided to take advantage of the confusion caused by Darkness’s invasion. In fact, Hunt will have to henchmen Ziva Arat, and help us in this will be resurrected in the form of the Guardian Uldren Sov. Somewhere in the best of worlds, Cayde-6 has probably smashed his face with his hand while watching the action.

YOU CAN ALSO READ:  The Invincible: a fantasy game based on the novel by Stanislav Lem

The passage of the main part of the plot will hardly take you a couple of evenings, after which the gameplay will be reduced to completing assignments (I would like to say various, but no, in the overwhelming majority of cases, it is “kill X enemies in zone Y with the method Z”) for the sake of opening additional quests, leveling up stasis skills and selection of equipment for a campaign in a new raid, which, in the best traditions of Destiny, is the most interesting and difficult part of the expansion. In the same best traditions of Destiny, the raid’s difficulties begin even before you start passing it. Since there are still no in-game opportunities for collecting raid groups in Destiny 2, the developers promise to pay attention to this issue again, but for now, welcome to the thematic forums or Discord channels. Moreover, the “Crypt of the Deep Stone” itself looks very impressive. It is worth going through it, at least for the sake of the plot – the Fallen on Europa found an opportunity to penetrate the old laboratory of Clovis Bray, in which the first exos appeared. The Guardians need to stop them at all costs, revealing in parallel several secrets concerning Brey himself and the experiments he conducted. My clan, unfortunately, practically died out without surviving Shadowkeep, so I am still familiar with the passage of the raid only from the traditional Raid Race on Twitch. Still, even so, it looks much more interesting than last year’s Garden of Salvation.

We have already spoken several times about the powers of Stasis that the Darkness grants. It’s time to dwell on them in more detail. In fact, this is a new subclass of the character, built around the subordination of ice elements. Moreover, during the passage, players open only the subclass itself, and all the related skills have to be farm – basically, again, killing a certain number of enemies with the help of ice elements, inflicting ice damage on them, slowing them down with ice … the picture, I think, is roughly clear. So, in PvE, Stasis works as normal as possible. It is not an attacking or defensive subclass. Still, something in the middle, the main task of my Titan with the ice element turned on is to control the battlefield, stasis skills allow you to delay waves of enemies, erect ice walls covering from powerful long-range attacks, and generally give me a breath in difficult situations, but I can’t say that I had a great desire to abandon Solntolom while performing errands in Europe, if the conditions of the assignments did not require it. In PvP, however, Stasis is a disaster; warlocks with stasis are doubly disastrous. First, all kinds of slowdowns and immobilizations in the Crucible are generally extremely unpleasant, and stasis grenades were initially frozen for 4.75 seconds, which was already a death sentence. Of course, it was possible to knock down the freezing, but it took almost 3 seconds and one hundred health units, so objectively, there was no point in doing this. In addition to everything, instead of a melee strike, Warlocks threw ice icicles, and during the ult they managed to freeze and smash everyone around long before the enemy had the opportunity to at least aim in response. With the latest patches, both grenades and warlocks have been nerfed a little, and now the flying and spitting reptile can be removed with a couple of well-aimed hits. However, the stasis is still very poorly balanced and continues to destroy PvP, which already suffered after the release of Beyond Light.

Evaluating new additions to Destiny 2 at launch is a thankless task, especially given Bungie’s current approach to new content being tied to seasons. Therefore, Destiny 2: Beyond Light evokes mixed feelings – on the one hand, the plot is intriguing and already seems more interesting than Shadowkeep. Darkness’s invasion directly affects the entire game universe and does not just happen somewhere on the horizon. Europe looks amazing, and occasional snowstorms bring an element of surprise to the gameplay. On the other hand, a huge amount of content fell under the knife, and no adequate replacement was offered. There are no new exotics that can replace the old ones, and Europe manages to get bored during endless backtracking due to forced trips across the entire map. All activities are concentrated mainly in the northeastern part of it, while fast travel points are located in the south and … on the South. As a result, Destiny 2: Beyond Light is fascinating not so much by the gameplay as by the plot. However, it is frustrating that another portion of it turns out to be hidden behind the wall of the grind.

Conclusion: Destiny 2: Beyond Light is an atmospheric expansion, primarily aimed at veterans of PvE. Others will not be comfortable here.