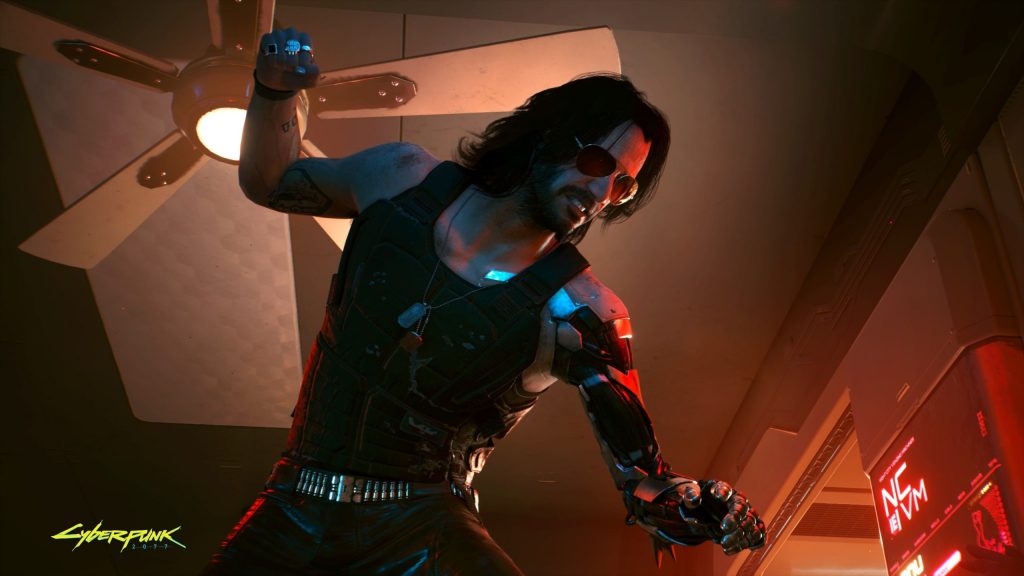 In the fifth (final) episode of the Night City Wire series on Cyberpunk 2077, the developers from CD Projekt RED dedicated the rockerboy with a chrome silver cyber arm Johnny Silverhand, played by Keanu Reeves, to the soundtrack and all sorts of details. Also on the stream, which took place on November 19 (it was on this date that the release was planned until the recent postponement to December), a fresh gameplay trailer was shown with a detailed story about the game versatile world of Cyberpunk 2077.

Johnny Silverhand is the central character in the entire Cyberpunk series and the second most row-based character in Cyberpunk 2077 dialogues. Throughout the storyline campaign, he will inseparably accompany the player. Back in the second issue of Night City Wire, the developers confirmed that the game will be playable for the character Keanu Reeves. In the latest release, we were shown footage of the gameplay for the main “samurai”.

In several videos, the developers and Keanu himself described in detail how the work went. The actor admitted that it was the first time he had to work so many hours in scenes with motion capture. Each session of motion capture lasted about 4-5 hours and, according to the developers, the amount of work done by the actor is comparable to filming feature films.

CD Projekt RED has set out to adapt Cyberpunk 2077’s voice acting into 11 languages ​​at once. Here, the JALI procedural animation technology helped the developers a lot – it adapts facial expressions to voice acting in any language of the world, adjusting it depending on the tonality and emotional coloring of the voice.

A considerable part of the broadcast was devoted to the music in the game – it will be there for more than 7.5 hours. By the way, a mini-album with OST from CD Projekt RED is already available on streaming services (Spotify, Apple Music, Deezer, Youtube). To use only electronic instruments, the musicians boldly experimented with styles, alternating ambient with more rhythmic EDM.

In a fresh gameplay video, they showed trees for pumping weapons and abilities, the possibility of customizing the character, inventory, and many scenes with shooting, fights, and chases.

Immediately after the end of the broadcast, full previews of Cyberpunk 2077 from bloggers and gaming publications were poured.

Half-hour broadcast of the fifth episode of Night City Wire

Cyberpunk 2077 is scheduled to release on December 10th. The game will be available on PC, PS5, PS4, Xbox One, and Xbox Series X from day one. On nextgen consoles, the game will run in backward compatibility mode. With a major graphics update that will fully unleash the potential of the new hardware, PS5 and Xbox Series X owners will receive only 2021 years. It will be completely free. The game is already available for pre-order for $29.99.