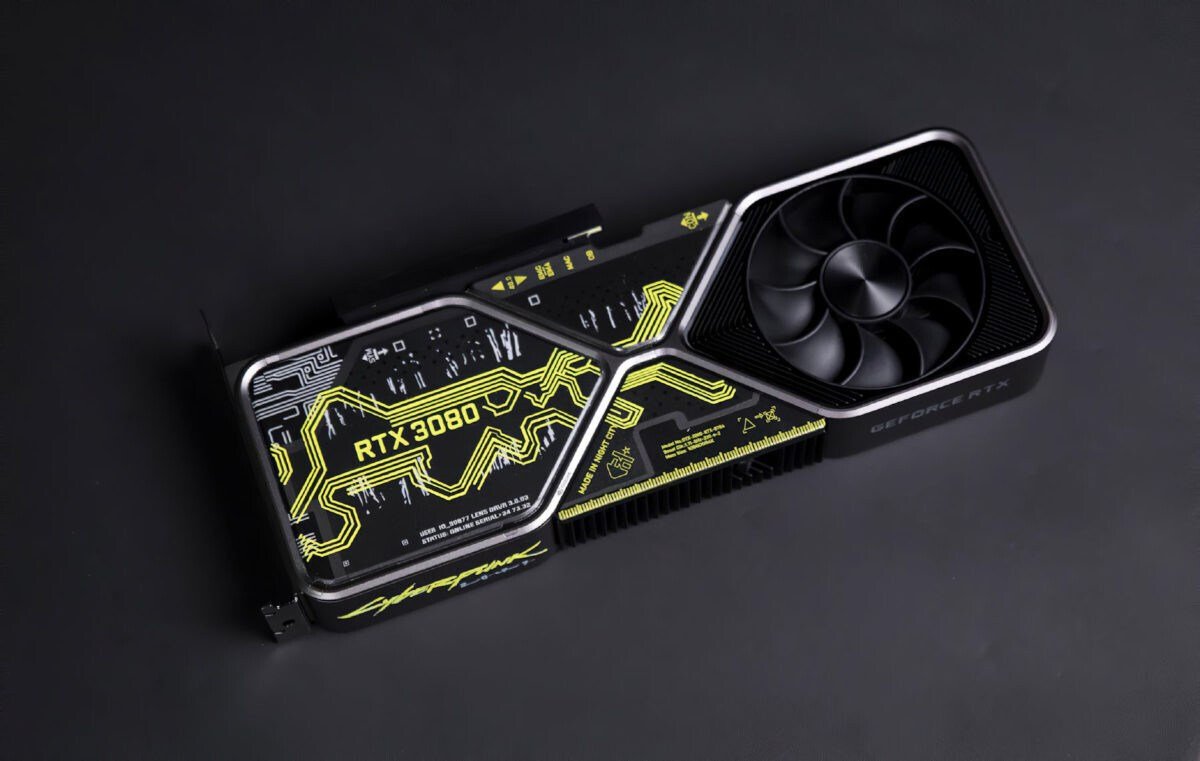 Poles from CD Projekt Red continue to stir up interest in the release of their action RPG Cyberpunk 2077, which everyone has been waiting for – as part of the next promo, the studio has released the NVIDIA GeForce RTX 3080 Cyberpunk 2077 Edition video card.

If you have a strong sense of déjà vu, then it is quite natural, given that earlier this year, CD Projekt Red and NVIDIA released a limited edition of collectible GeForce RTX 2080 Ti Cyberpunk 2077 Edition – as a result, these cards were resold on eBay at exorbitant prices (under $ 6000).

On this CD, Projekt Red took the initiative. It teamed up with a professional modder to create just one single copy of the GeForce RTX 3080 Cyberpunk 2077 Edition with a matching design. From a technical perspective, the adapter is an exact copy of the regular GeForce RTX 3080 in the reference version (Founders Edition).

NVIDIA GeForce RTX 3080 Cyberpunk 2077 Edition graphics card was created specifically for the promotion – it will be raffled off the Chinese platform Bilibili. You need a Weibo account to participate in the draw.

YOU CAN ALSO READ:  Sony removed Cyberpunk 2077 from PS Store

Everything indicates that there will be no more transfers, and Cyberpunk 2077 will be released on December 10. The game will be available on PC, PS5, PS4, Xbox One, and Xbox Series X from the first day. On next-gen consoles, it will work in backward compatibility mode. A major graphics update that will fully unleash the new hardware’s potential, PS5 and Xbox Series X owners, will be released in 2021 year (it will be completely free). The game is already available for pre-order for $ 29.99.

CD Projekt: Errors Will Not Have Much Impact on Gameplay in Cyberpunk 2077, Multiplayer Details To Be Shared In Q1 2021