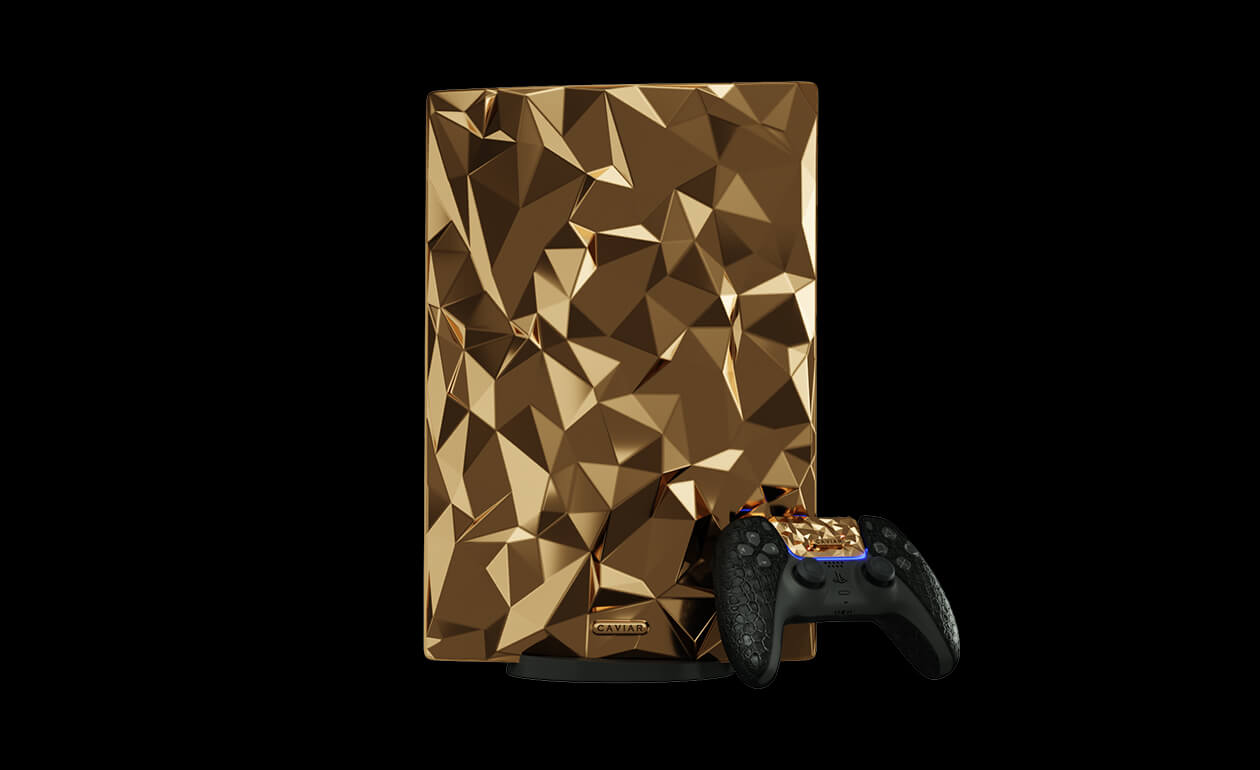 The Russian brand Caviar has announced several of its creations, which will be released next year. One of them is an all-gold PlayStation 5 console with customized crocodile skin DualSense gamepads.

Dubbed the “Golden Rock,” the manufacturer claims the console is assembled from 8 sheets of the solid gold cast. “The body of this exclusive gadget is made in the original jewelry technique, thanks to which the external outlines resemble a crystalline rock, which adds volume and texture to the model. The designers’ inspiration was the unique geometry of the gold ore and the graceful, beautiful shape of this rock. ”

But that’s not all. For such a set-top box, you need the appropriate joysticks. That is why Caviar “put” crocodile skin on the original DualSense. Also, the joystick also has a gold insert, made using the same technique as in the PS5 itself.

So far, Caviar has not disclosed the price of this console.

YOU CAN ALSO READ:  The flagship smartphone Sony Xperia 5 II is on its way - it will be presented on September 17
0