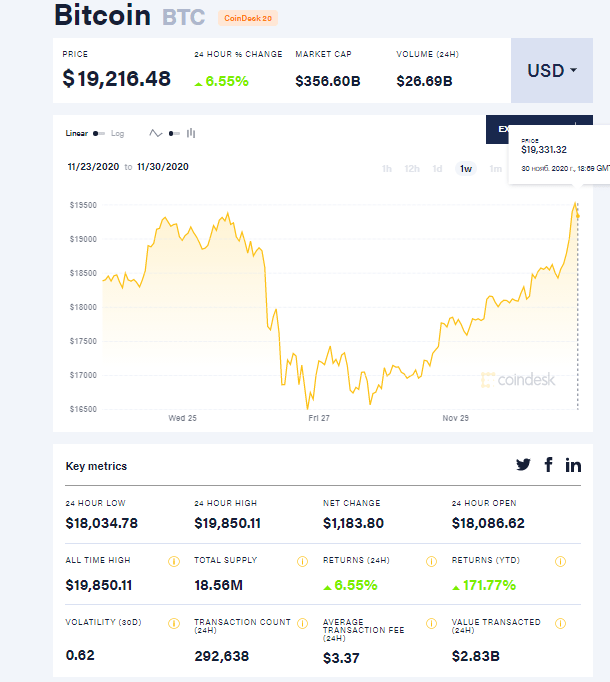 Reuters noted that over the past year, the main cryptocurrency has risen in price by 170%, which is due to a general increase in investor interest in risky assets and hopes that cryptocurrencies will become a generally accepted means of payment in the foreseeable future.

Over the past week, the bitcoin rate has remained extremely unstable – a couple of days before taking a new frontier, the cryptocurrency fell by $ 3000. After setting a new absolute record, bitcoin entered a downtrend again and now continues to fall in price.

Together with bitcoin, other major cryptocurrencies are becoming more expensive. 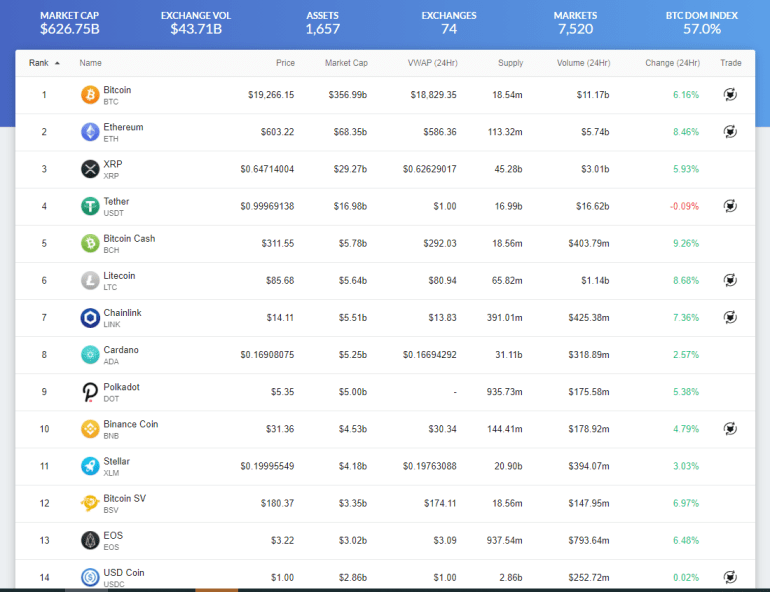