Bitcoin climbed above the $ 18,000 mark for the second time in less than a week. This is evidenced by the site data CoinDesktracking the value of cryptocurrencies on different exchanges. 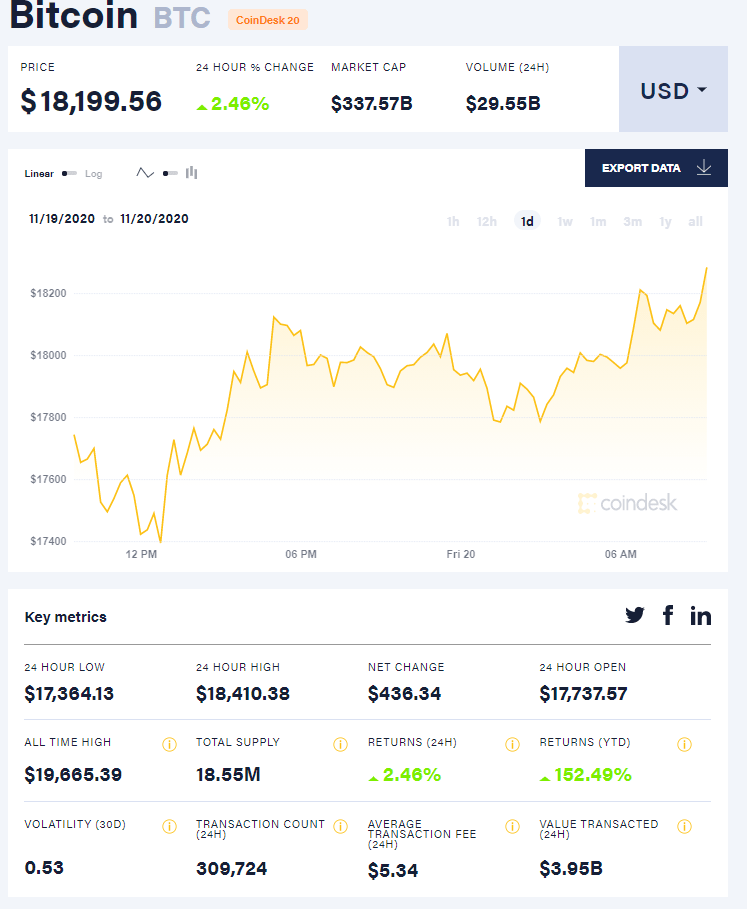