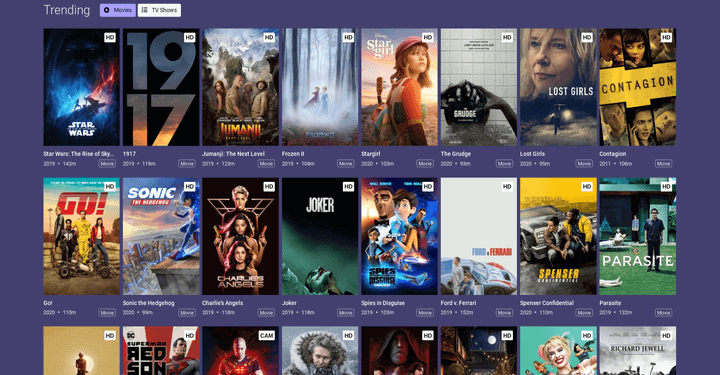 Let’s take the results of the past 12 months and name the Best TV Series of 2020 according to the editorial board Techrechard.

In contrast to the film industry, 2020 was an extremely successful year for streaming services and TV channels. People worldwide stayed at home and watched TV shows – the number of subscribers increased, so did the income. At a certain point, the leading platforms were even forced to reduce the quality of streaming.

The Network could not cope. However, COVID-19 has caused some damage to the TV industry – due to the pandemic, many shows have been delayed or postponed to a later date. However, we will feel the lack of content caused by last year’s problems only in 2021 now. Let’s take the results of the past 12 months and name the Best TV Series of 2020 according to the editorial board Techrechard.

We previously wrote about Box office 2020: A Year to Forget About

Compared to the year before last, there were not many youth series released in 2020. Nevertheless, there were quite worthy ones among them, such as, for example, I Am Not Okay with This from Netflix.

The series, filmed by Sean Levy, one of the producers and directors of Stranger Things (they also filmed Stranger Things), based on the comic book of the same name by Charles Forsman, the author of the graphic novel that formed the basis of The End of the F *** ing World / “The End *** of the world, “with young actors who played in It / It. Bingo!

Many people know that TNT’s fantasy TV series Snowpiercer is a reimagining the film of the same name in 2013 filmed by Korean director Bong Joon Ho, but few remember that the film and TV shows are based on the French comic strip Le Transperceneige (1982). The TV version of Snowpiercer is not perfect, but it’s worth watching, at least for the amazing performance of Jennifer Connelly.

And although the titular character of the series Ratched differs significantly from the one we know from the movie “One Flew Over the Cuckoo’s Nest,” it is difficult to argue with the fact that the show from Netflix turned out to be bright, colorful, and in a good way insane. It is worth watching this series, at least for the sake of the picture and the atmosphere of post-war America, hypertrophied to surrealism. Well, or for the great acting work of Sarah Paulson, Judy Davis, Cynthia Nixon, Sharon Stone, and Vincent D’Onofrio.

If you’ve read Earl Stanley Gardner’s books about the lawyer Perry Mason, then the first half of HBO’s Perry Mason series will surely shock you with its blatant non-canon. This was done on purpose, and by the end of the season, the TV show will perfectly fit with Gardner’s works because we have before us the character’s backstory. An interesting idea and a good implementation, the first season of Perry Mason turned out to be very textured and atmospheric, and the detective story here is far from the most trivial.

Upload is a fantastic romantic comedy with elements of social satire, which occur in the not too distant future. Intrusive online advertising, in-app purchases, glitches in software, careless attitude to personal data of users, irresponsible behavior of users themselves, AI and bots, the obsession of owners of online services and ordinary users with five-star ratings, extra-budgetary flights, etc. It turned out really quite realistic, funny, and looks a breeze.

The Disney + / National Geographic series The Right Stuff is far from a literal adaptation of the documentary book of the same name by journalist Tom Wolfe, dedicated to the first US astronaut corps. In this plan 1983 film more consistent with the book. Many in the Techrechard editorial office are not indifferent to the space theme, so we could not mention this series.

“The Last Dance” is what the 1997-98 season was called. Chicago Bulls head coach Phil Jackson. “This is your last season with the team as it is now. Enjoy every minute of it! ”He told the players. And they enjoyed themselves. The ESPN / Netflix series The Last Dance tells about the last dance of the Chicago Bulls, about the players of this unique team, about their rivals, about the people who were around the Bulls, and, of course, about the man who changed the NBA forever – about Michael Jordan.

The alarming events in Washington a few days ago are only the natural ending of the story, the beginning of which is shown in the political miniseries The Comey Rule. Despite the obvious pre-election message, we would recommend this series to anyone interested in politics, not only in America. It is worth watching it without haste, analyzing the actions and words of each of the characters. Well, and enjoying the wonderful duet of Jeff Daniels and Brendan Gleason.

Battle of the Teutoburg Forest in 9 AD – one of the biggest failures of the Roman army. Germanic tribes dealt a painful blow to the empire, destroying three full-fledged imperial legions and several auxiliary units within three days, forever driving the Romans away from the Rhine lands. Netflix’s Barbarians talks about the background and preparation for this battle and about the people who commanded the troops on both sides – the Cheruscan tribe of Arminia and the prophet of Germany, Publius Quintilia Vare.

The story of an unlucky American football coach, who took up coaching the English team in normal football without even knowing the game’s basic rules, turned out to be exactly what we needed so much in 2020. This is an incredibly kind, warm, and cute series that literally charges viewers with positive energy and optimism.

The Queen’s Gambit was a real phenomenon in 2020. The show garnered rave reviews from critics and an impressive number of views and brought back the old fashion for chess. Those wishing to learn how to play line up at chess clubs and online chess services struggle to cope with visitors’ influx: Bravo, Netflix, bravo, Anya Taylor-Joy.

In the final of the year voting, two strong opponents clashed – The Queen’s Gambit from Netflix and Ted Lasso from Apple TV +. This time, the Techrechard editorial board members chose with their hearts, unanimously giving the palm to comedy history from Apple. Well, smiles and a good mood are exactly what we lacked so much in 2020. Everything will be fine. You need to be kind to others and believe in yourself! 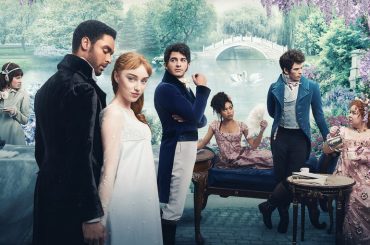