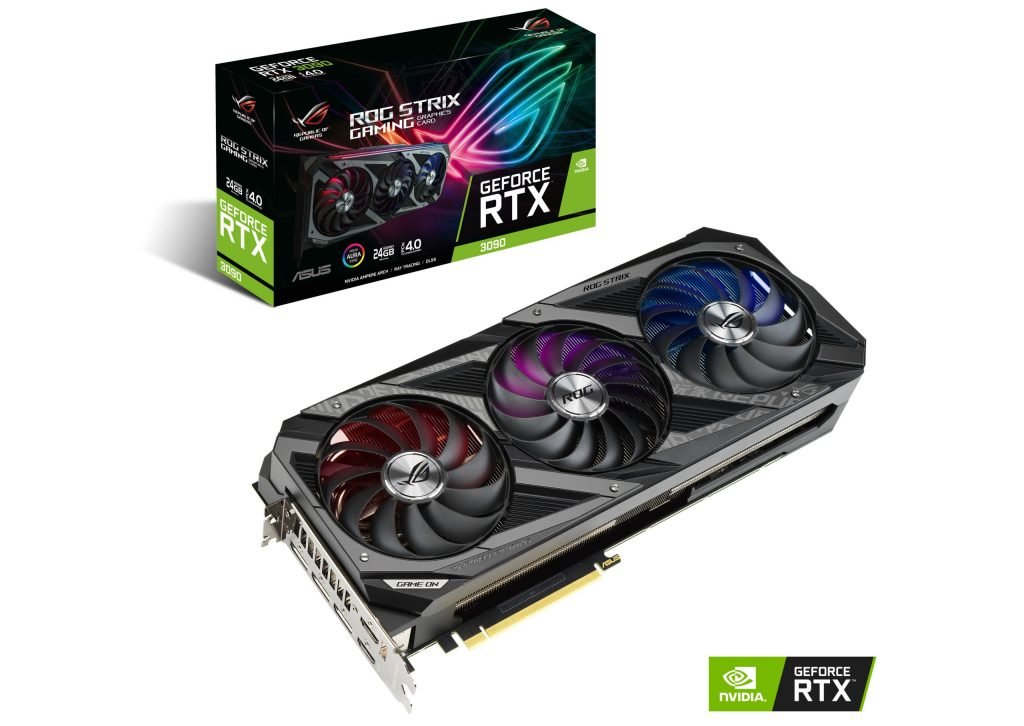 ASUS has prepared several new products for the release of the Republic of Gamers (ROG) gaming brand. Among them, the ROG Strix GeForce RTX 30 series graphics cards are especially noted.

It is noted that new video cards based on the NVIDIA Ampere architecture provide a significant increase in efficiency. The performance per watt is up to 1.9x the previous generation GPU. According to the manufacturer, ROG Strix GeForce RTX 30 has an improved cooling system. It includes three Axial-tech fans: one central 13-blade fan and two lateral 11-blade fans. They provide high airflow to the massive heatsink that fills most of the 2.9 slot thick graphics card chassis. In addition to the cooling system, improvements have also been made to the element base. ASUS ROG Strix GeForce RTX 30 series graphics cards use Super Alloy Power II components.

New video cards have connectors for connecting case fans with PWM control (FanConnect II technology). Their speed is adjusted based on the temperature of the CPU and GPU, which provides additional air flow or exhaust for demanding applications. The presence of a hardware switch Dual BIOS allows you to select the desired profile with settings corresponding, for example, to maximum performance or minimum noise. The graphics cards feature an updated design with support for RGB lighting, customizable using the Armory Crate utility.

YOU CAN ALSO READ:  LG Rollable is the likely name of the world's first rollable smartphone

ASUS has yet to specify when and at what price the new ROG Strix GeForce RTX 30 graphics cards will go on sale.