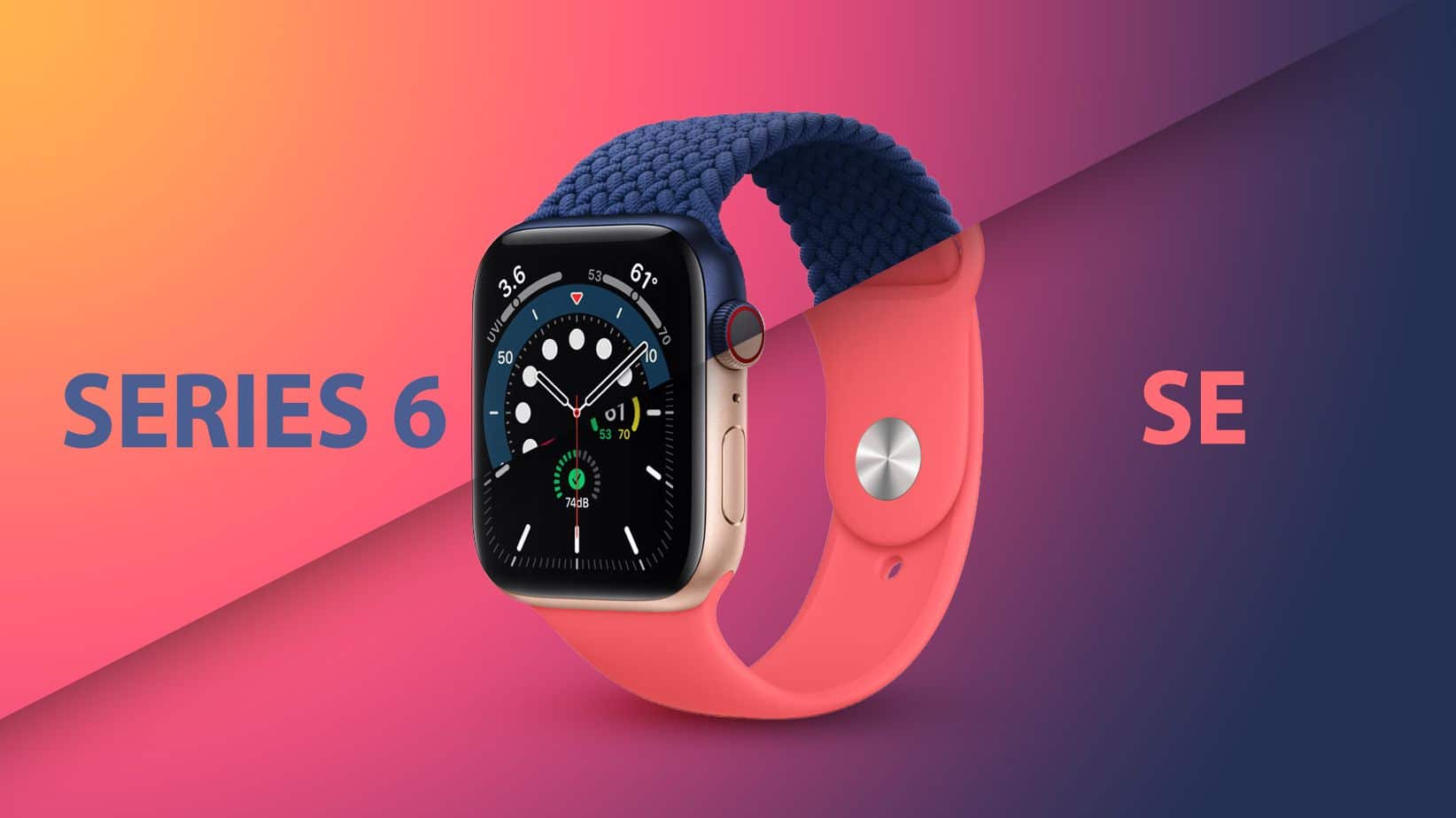 Apple Watch SE or Apple Watch 6? This is a pretty common question for someone who is looking to buy an Apple Watch. Here is everything you need to know.

Every year Apple sells us its coolest and most expensive products. I am currently testing the iPhone 12, and I really like it, although I used the large iPhone 11 Pro Max before. Even the smaller screen is great for reading and working, and the new camera is a big step forward.

However, there are times when you don’t need to chase Apple’s most expensive and top-end devices. For me, such a case was the purchase of the Apple Watch SE released last fall. They’re not as powerful or functional as the Apple Watch Series 6 (here is my complete review of Apple Watch Series 6) that came with the SE, but they have everything I really need, and they cost less – $269 versus $229. Why pay more?

Of course, Apple did not just make the difference in Apple Watch SE and Apple Watch Series 6. The simpler model does not know how to read your blood oxygen level and will not detect an ECG, like the Apple Watch Series 6. The Apple Watch SE does not have an always-on screen, and you still need to lift or twist your wrist to wake up the display from sleep mode. The ECG and pulse oximeter are important health indicators for some people, but not for most of us. Moreover, you can order a pulse oximeter, a device for measuring oxygen in the blood, less than $12 on the same Ali – it will come out cheaper if you really need this feature.

The rest of the Apple Watch SE has everything that we love so much about Apple watches. The company makes great devices with many features and workouts, and watchOS 7 also has a sleep tracking app. Apple Watch SE comes in two sizes as Series 6 – 40mm and 44mm – and works with all bands. The watch can store music, connect AirPods, swim with them. What else is needed?

Ideal for most Apple Watch SEs

There are other watches and fitness trackers that offer similar features, but if you’re an iPhone user, the Apple Watch is the preferred option because you can sync all this data on their Apple devices.

Plus, Apple watches have a lot of things they love for. For example, at first, I thought that fitness rings that encourage you to move and do a certain amount of exercise each day were a gimmick. But then I started using them and became a little obsessed with my activity. Closing the rings is an unusual but fun way to stay motivated and much better than just looking at numbers. With apps like Strava, I can track my cycling or jogging activity right on the watch and even swim in the watch against the clock.

YOU CAN ALSO READ:  Vivo showed a new shell OriginOS

To keep track of my activity, I brought the activity rings directly to the dial.

As for the external differences between Apple Watch SE or Apple Watch 6. there are almost none. They have a slightly different back as the SE doesn’t have an optional oxygen sensor, and the Series 6 offers more body colors. Silver, Gold, and Space Gray on the Apple Watch SE, Series 6 also offers blue and red (PRODUCT RED). That is, if you still take the flagship version and want to see from afar what kind of watch you have, take blue or red – there have never been such colors before.

For me, Apple Watch SE was the perfect device for the money. I didn’t want to give almost $339 for a smartwatch, which would have to be changed over time, and the younger version became an excellent option for me. So, Apple Watch SE or Apple Watch 6, which have you chosen? Tell us which model you bought and why in the comments below.

YOU CAN ALSO READ:  Apple removes filter that allowed its apps to bypass protection in macOS Big Sur

Of course, Apple will definitely release the Apple Watch 7 in 2021 and add new features to it, but in hindsight, I see that the company is not adding many innovations to its watches. And support for new versions of watchOS (here is everything you need to know about WatchOS 8: New apps, Watch faces, and Widgets) will help Apple Watch SE keep you healthy and productive for years to come.