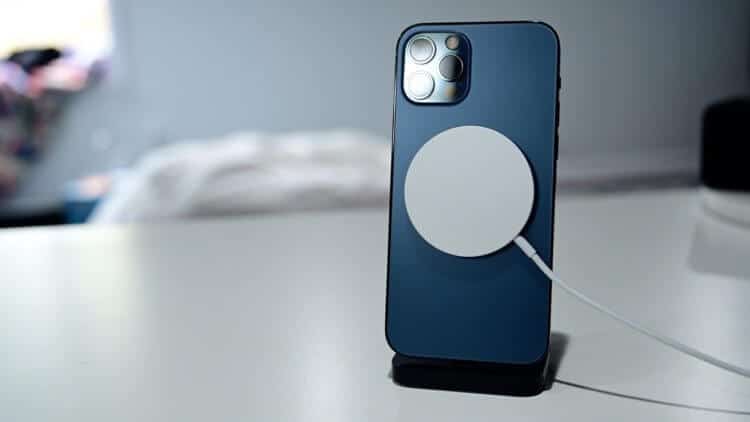 Apple Warns of Dangers of MagSafe for Medical Devices

The MagSafe chargers Apple began shipping for the iPhone 12 seemed very, very controversial from the start. Firstly, this charging method could not be considered truly wireless due to its design’s wires’ presence. Second, MagSafe requires well-defined chargers with support for specialized power profiles to operate at maximum power. And thirdly, the magnets themselves, underlying the technology, have proven to be quite dangerous for people with pacemakers and implanted defibrillators. Apple finally admitted it.

At the end of last year, the Heart Rhythm Journal published an article in which cardiologists spoke in detail about certain pacemakers’ predisposition to shut down when in contact with MagSafe magnets.

MedTronic pacemakers are especially prone to shutdowns due to MagSafe.

Although only MedTronic pacemakers were involved in the experiment conducted by cardiologists, it is clear that if magnets affect some devices in this way, there is no guarantee that they will not have the same effect on others. And since pacemakers and defibrillators carry a set of magnets in their design, there is no doubt that a conflict could arise between them and the MagSafe magnets.

Obviously, having received a flurry of criticism, Apple nevertheless decided to supplement the iPhone 12 user manual, clarifying that MagSafe can indeed pose a danger to users with implanted medical devices:

Various medical devices, such as implanted pacemakers and defibrillators, can contain sensors that can interfere with magnets when in close contact. To avoid any potential interaction, keep iPhone and MagSafe accessories at a safe distance (over 30 cm). However, check with your doctor and medical device manufacturer for more specific recommendations.

How iPhones turn off pacemakers?

MagSafe is a source of electromagnetic radiation that adversely affects pacemakers.

It is significant that to provoke a medical device’s shutdown, it was enough to bring it closer to an uncharging iPhone 12. That is, it turns out that the magnetic waves emitted by MagSafe magnets, even at rest, are enough to disrupt the operation of pacemakers and defibrillators. Imagine what would happen if the smartphone was charged at the moment of contact with a medical device.

As it is clear from the Apple document, the company considers the safe distance at which the iPhone 12 and the pacemaker can only be used 30 cm. This is quite a bit, and therefore there is a high risk of breaking it and bringing the smartphone closer to the medical device, provoking a conflict. Therefore, people with implanted pacemakers and defibrillators may not be safe to use new iPhones, and even more so, MagSafe chargers. After all, if the device turns off, the owner may not restart it immediately.

But it’s one thing when a person uses the iPhone 12 with a pacemaker, and it is completely different when used by someone outside, but potentially able to be in close contact with the first. These can be doctors, rescuers, police officers, or just bystanders. All you need to do is get close enough to a person with a pacemaker for the device to turn off. Such a possibility is not excluded even in public transport, not to mention some more specific situations.

The most dangerous thing is that MagSafe can accidentally trigger the shutdown of the pacemaker. For example, on public transport.

Obviously, Apple could not stop using MagSafe in flagship smartphones due to a potential conflict with pacemakers. In this case, it risked their popularity and the popularity of compatible accessories. However, the company was obliged to calculate all the risks in advance because there are really many situations in which the iPhone 12 knocks out medical devices. The probability of unauthorized disconnection of strangers by smartphones is especially high. As a result, Apple found itself in a rather unpleasant situation.

On the one hand, the iPhone 12 is unlikely to start mowing down all pacemakers’ users without exception. On the other hand, if there is even the slightest likelihood that someone could involuntarily suffer because of them, this should be taken into account and try to take some measures, which was obviously not done. After all, over time, iPhones with MagSafe support will become more and more, which means that the risk of accidental disabling of pacemakers will be higher and higher.