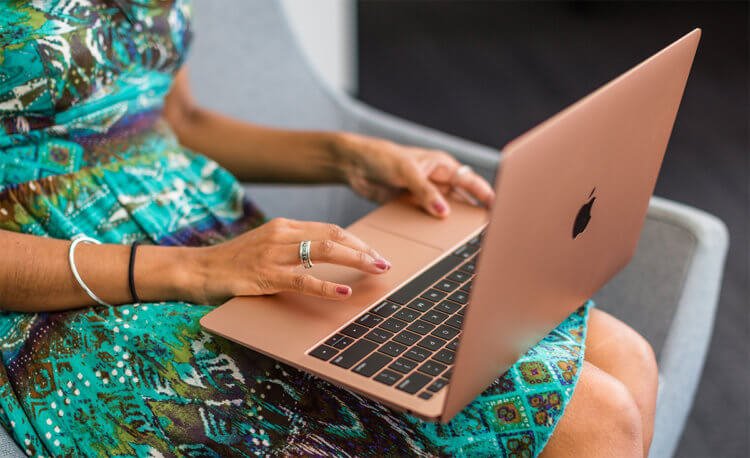 In the past 10 years since Steve Jobs left, Apple has been diligently cleaning out its legacy. First, the company released the iPad mini, which its founder had so strongly opposed. Then she abandoned compact iPhones, opting for models with large screens. And then, she began to produce laptops without connectors that are useful and dear to users’ heart, depriving the entire line of the MagSafe magnetic connector, memory card slot, and USB-A standard, which were equipped with other brand devices. But if everything was in principle logical with smartphones and tablets, taking into account the market’s needs, but with laptops in Cupertino, they clearly screwed up. It’s good that at least 10 years later, Apple realized this.

Apple plans to release new MacBook Air and MacBook Pro this year, which will return some of the lost connectors. According to Bloomberg, Cupertino is considering returning the MagSafe connector and memory card slot. Even though the SD card slot will only appear in a professional laptop, the charging cable’s magnetic holder will be both models’ property.

MagSafe is such a cool interface that it was a gross mistake to give it up from the beginning.

YOU CAN ALSO READ:  Turning iOS into Android. How to customize shortcuts and widgets on your iPhone

Quite frankly, the return of MagSafe to Apple’s new laptops was expected. When the company released the iPhone 12 with magnetic charging support late last year, it became clear to many that the next in line was the MacBook. In the end, it is illogical to equip smartphones with traditional laptop charging but not return them to the laptops themselves. Another thing is how the new MagSafe will be executed. After all, it is logical that it is impossible to return it in its original form – they will laugh at it. It means that something needs to be redone. But what?

There is no point in embedding a magnet in the USB-C connector. The essence of MagSafe was that it allowed the connector to be easily attached to the laptop, and, secondly, it was easy to disconnect from it. With USB-C, this will not be possible due to the deep fit of the connector. Therefore, the only option that remains is to make a separate connector for these purposes. So what? I think users will be so happy that they won’t even shame Apple for changing their shoes.

YOU CAN ALSO READ:  The first tests of the new MacBook Air with the M1 chip show very solid results

It will be even easier with memory cards. The company abandoned them 5 years ago, letting users understand that this is an extra connector and need to use either adapters or cloud storage. But, apparently, she realized that this was not the best option for interaction and changed her mind. However, there is a place for real concern for users and the desire to return their loyalty.

“The upcoming MacBook Pro will be a prime example of how Apple is listening to Mac users. The company plans to return the SD card slot to the chassis of professional laptops to give owners the ability to quickly transfer photos from their cameras. Apple dropped the element in 2016, much to the dismay of professional photographers and cameramen who made up the backbone of MacBook Pro users. Now the company has changed its mind about this, ”wrote Mark Gurman, columnist for Bloomberg.

The appearance of old connectors in new Apple laptops will definitely boost their sales.

YOU CAN ALSO READ:  Oppo showed the concept of a rollable smartphone and AR glasses

In my opinion, the return of MagSafe and the memory card slot is not a very comfortable story for Apple. After all, even if Cupertino initially pursued removing the magnetic connector to return it in a modified form, removing the SD slot was clearly a huge mistake. The practice has shown that clouds are still not applicable for transferring photos from memory cards, and the use of adapters only makes life difficult for users. Nevertheless, the old convectors’ obvious convenience in the new MacBooks will clearly outweigh users’ desire to curse their favorite company.

MagSafe and a memory card slot may not be the only interfaces on Apple’s new laptops, however. According to Ming-Chi Kuo, Cupertino is considering equipping future MacBooks with several other connectors. He did not specify what exactly it will be, but, frankly, there are not so many options. Hardly anyone needs an Ethernet port, HDMI has long replaced Thunderbolt, and a 3.5 mm jack is there anyway. But who said that the connector must be old? Given this fact, I would imagine it would be something like the Smart Connector that iPads have been equipped with over the past few years.