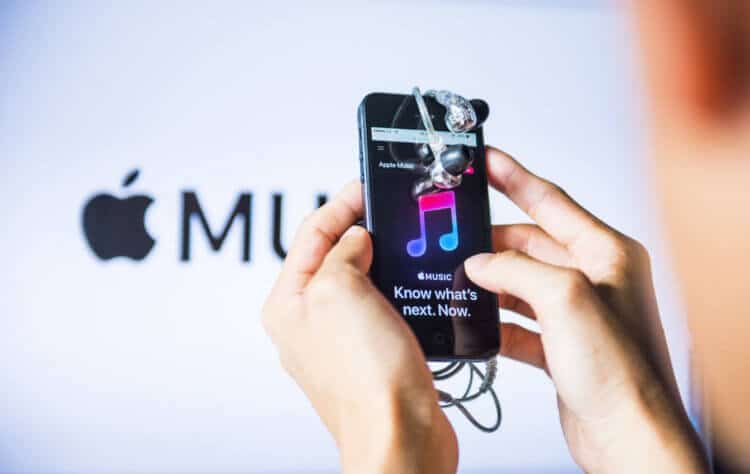 Even though Apple Music started working relatively recently. Apple Music was clearly a loser compared to other free music subscriptions. However, gradually users got used to subscriptions and learned how to pay for them stably. But some people still want Apple’s music service to have a free plan.

Apple Music will never be free.

Apple will never offer a free plan on Apple Music. This was stated by Apple’s senior director of work with copyright holders Elean Segal. This will prevent the service from making enough money to pay for developers, artists, labels, and other people and companies involved in keeping Apple Music running and filling content, she said.

Some music services offer their users free access in exchange for listening to advertisements. However, this model does not fit Apple for ethical reasons. In addition to the fact that ads regularly interrupt playback, free plans are in principle quite limited compared to paid ones, which makes it difficult to maintain the healthy ecosystem that Apple values ​​so much.

YOU CAN ALSO READ:  For its 10th anniversary, Instagram has prepared a variety of icons to choose from and a story map

Of course, the very essence of advertising does not allow maintaining user privacy at the proper level. After all, effective advertising involves targeting. Accordingly, collecting data, which is contrary to the company’s corporate values. Therefore, from the very beginning, Cupertino refused to provide free access to Apple Music in exchange for viewing ads and providing personal information from users.

All of the plans that Apple offers to Apple Music users are carefully designed to meet the vast majority’s needs, Segal said. The basic tariff provides access to the service for one user and the family one – for six. However, there are also special rates: student and package. The first one costs about three times cheaper than the standard one, and the second – it opens only as part of the Apple One subscription – allows you to save on subscriptions if there are several of them.

YOU CAN ALSO READ:  Counterpoint Research: Sales of smartwatches increased by 20% in the first half of the year, Apple received 51% of all revenue

However, another tariff may likely appear in Apple Music in the foreseeable future. It will offer users who agree to pay extra for access to high-quality music. Spotify recently announced such a tariff, but Cupertino should not do the same to respond to competitors.

Apparently, Apple Music requires a dedicated Hi-Fi music plan due to the AirPods Max earbuds that deliver high-quality audio and which clearly grew out of the standard music available on the platform. If this is not done, buyers of such headphones will likely prefer to go to competitors to realize their devices’ full potential.

True, for Apple to launch a new tariff, this must be economically justified. For this reason, Cupertino will likely prefer to wait until the AirPods Max audience grows enough for it to make sense to introduce a separate subscription. After all, high-quality music is additional income and additional costs for copyright holders and maintenance of the service, which will have to broadcast heavier tracks.

YOU CAN ALSO READ:  Google Fit and Wear OS add a number of new features, including a single hub for activity and sleep metrics
0