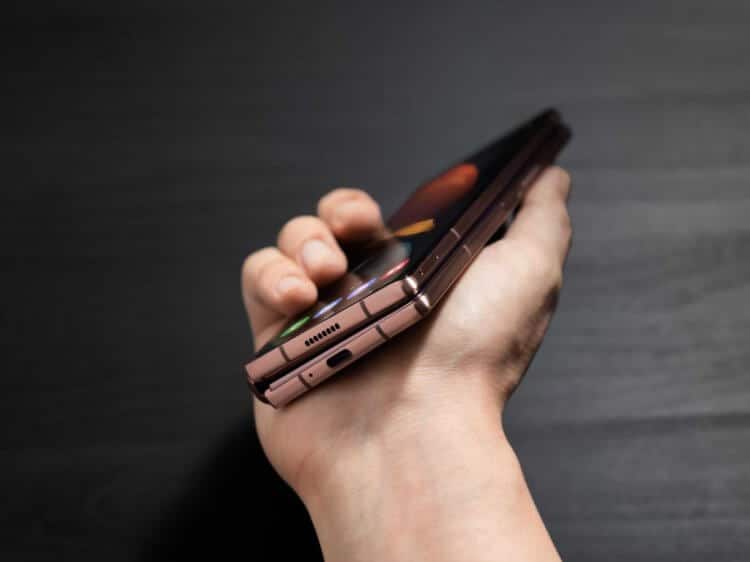 Apple is working on a foldable iPhone, but will it be the iPhone 13?

After the release of the first foldable phones from Samsung and Huawei, it seemed that most users were not yet ready for such a device form factor, and projects would have to be frozen “until better times.” True, the Galaxy Fold and Huawei Mate X did not have impressive sales, but this is not surprising at a price above $2,000. For manufacturers, these were more fashion projects, which nevertheless have good potential in the future. Otherwise, Apple would not be actively working on a foldable iPhone with an on-screen scanner fingerprint.

Since Samsung can, why can’t Apple?

Bloomberg wrote that Apple has ALREADY developed a prototype foldable screen for internal testing. We are not talking about a finished smartphone, but only its display. However, this is probably where the development of a phone should begin. The screen can be folded in half. An Apple source familiar with the company’s plans said the company is only considering releasing an “iPhone Fold” if testing the new screens is successful.

Why do you need a foldable iPhone?

A foldable iPhone would allow Apple to make a larger-screen device in a more compact package. This is exactly what she needs. Otherwise, the company would not have removed the charger from the iPhone package to make the box smaller. According to the publication, Apple tests several foldable screen sizes at once, including one that “unfolds” to the same size as the 6.7-inch display of the iPhone 12 Pro Max. Modern foldable phones have screens ranging from 6 to 8 inches when unfolded.

Apple definitely does not plan to release such an iPhone.

The foldable iPhone would take Apple to a new development stage and become the most successful device in the company’s history. But, likely, such a phone at all will never come out.

What will be the iPhone 13?

The company is currently focused on releasing the next-generation flagship iPhones and iPads later this year. And Bloomberg says Apple is not planning major changes to its iPhone lineup this year. Externally, the iPhone 13 will look the same as the iPhone 12. It will retain all the ports and bangs above the screen. Only the internal components will be changed.

Why doesn’t Apple make the iPhone 13 special? There are many reasons. First, the pandemic has made it hard to develop products at Apple. Engineers work from the company’s Silicon Valley offices several days a week and for a limited amount of time. And, of course, no one will let them assemble prototypes at home or in the garage. Plus, Apple doesn’t usually throw numbers around in the iPhone title. After the iPhone 11, the iPhone 11s were also supposed to go, but the update turned out to be serious, and Cupertino decided to name the new product iPhone 12.

While the overall changes will be minor, Apple may add one killer feature to the iPhone 12s or iPhone 13: an in-screen fingerprint scanner. Users could abandon Face ID and passwords, which is especially important in a pandemic with its help. Apple started ditching the fingerprint scanner in 2017 with the iPhone X launch, but Touch ID has remained. Since then, this feature has appeared on Mac laptops and cheaper iPhones.

But judging by what insiders say, we should hardly expect an iPhone with a fingerprint scanner on the screen this year. It’s too cool for the iPhone 12s update, but in iPhone 13 in 2022, such a scanner will look appropriate.