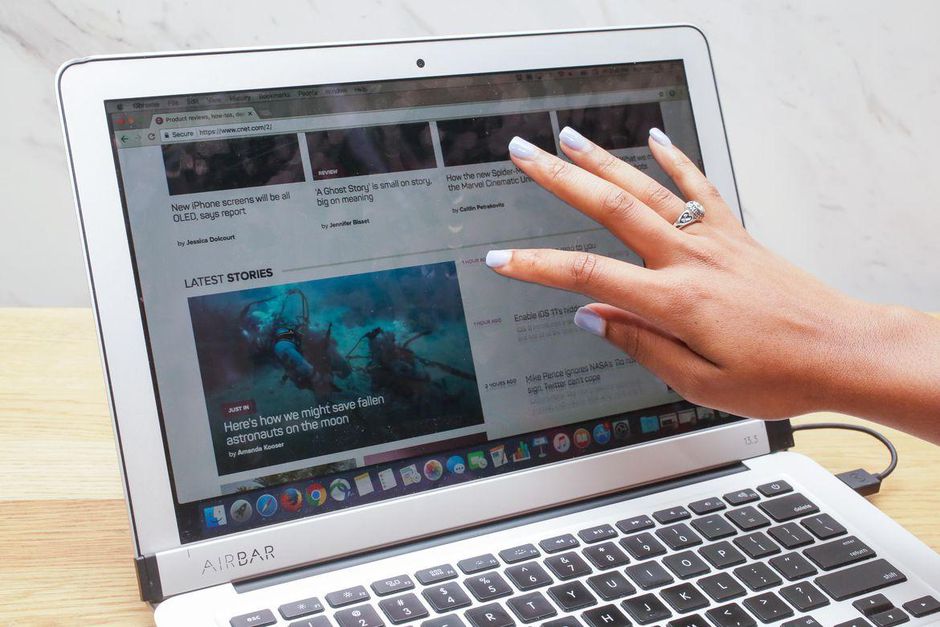 Apple is really working on a Touch Mac. Here is the proof!

You can endlessly look at three things: how a fire burns, how water flows, and how the idea of ​​a touch Mac is being discussed on the Web. Before, it really seemed more gibberish than a real development by Apple, but the last few events force a radical rethinking of the opinion about Apple touch computers. Go to Apple Silicon, Dan Riccio’s departure from his post to work on a secret project – obviously, these events are related.

After Riccio left, many suggested that he work on Apple Car or Apple Glass, but these teams have been assembled for a long time. Secondly, they have their own project leaders who seem to have never left. Rather, Riccio’s new project is much closer to what he does best: screens.

Riccio has led the development of several generations of iPads (which we know have touchscreens) and played a large role in the evolution of the Mac display. During one of his few public appearances on stage, Riccio said the following:

Mac allows people to do amazing things, and for many users, this is the most important creative tool they use. And what we really enjoy doing is making it better.

It was in 2014 when Apple first released the iMac with a 5K screen. Who was at the head of this ambitious project? Dan Riccio.

Riccio personally oversaw the development of the 27-inch iMac 5K

It looks like this is what he will be doing in his new position at Apple. Now that the transition to Apple Silicon is well underway and is likely to be completed by the end of 2021, Apple may turn its attention to the next big thing: a Mac with a touchscreen. As thin as the iPad but as powerful as the MacBook Air M1, the MacBook is an instant game-changer for both product lines and will pave the way for at least another 10 years.

On the one hand, this is too small a role for Riccio. Moving from senior vice president of all Apple hardware development to working on one big project doesn’t seem like a big deal, though. But why not? At one time, Bob Mansfield, who was just appointed to Dan Riccio’s post, left his post to work on the Apple titan – Apple car project.

Touch surfaces should not be vertical. It looks great during demos, but after a short period of time you will start to get tired, and after a long time your hand will want to fall. It doesn’t work ergonomically.

Jony Ive said last year that Apple ditched the touchscreen Mac “many, many years ago.” Phil Schiller later shared the details, stating that Apple had actually tried working on such a device.

Our instincts told us that it wouldn’t work, but damn it, we could be wrong, so our teams have been working on this over the years. In the end, we came to the conclusion that the initial opinion was correct.

But! Steve Jobs has long been gone from Apple, both Jony Ive and Phil Schiller have left the company – now there are completely different people at the helm. Apple is clearly not afraid to “change its mind” and has done so several times over the years. Steve Jobs argued that phones need to be small to be used with one hand – we ended up with the iPhone 12 Pro Max. And the famous phrase “who needs a stylus?” evolved into the Apple Pencil for iPad. It turned out to be needed.

Do you need a touch Mac?

Moreover, the design of macOS Big Sur is clearly borrowed from the iPhone and iPad – the buttons are larger, which will make them ideal for touch Mac.

Personally, I don’t think a touch Mac is necessary. I tested the 12.9-inch iPad Pro and even found it much more comfortable using the Magic Keyboard, an ergonomic form factor very much like a Mac. I prefer using the trackpad rather than touching the screen.

YOU CAN ALSO READ:  Chinese carmaker Kandi starts selling its electric vehicles in the US, cheapest model starts at $ 10,000
0