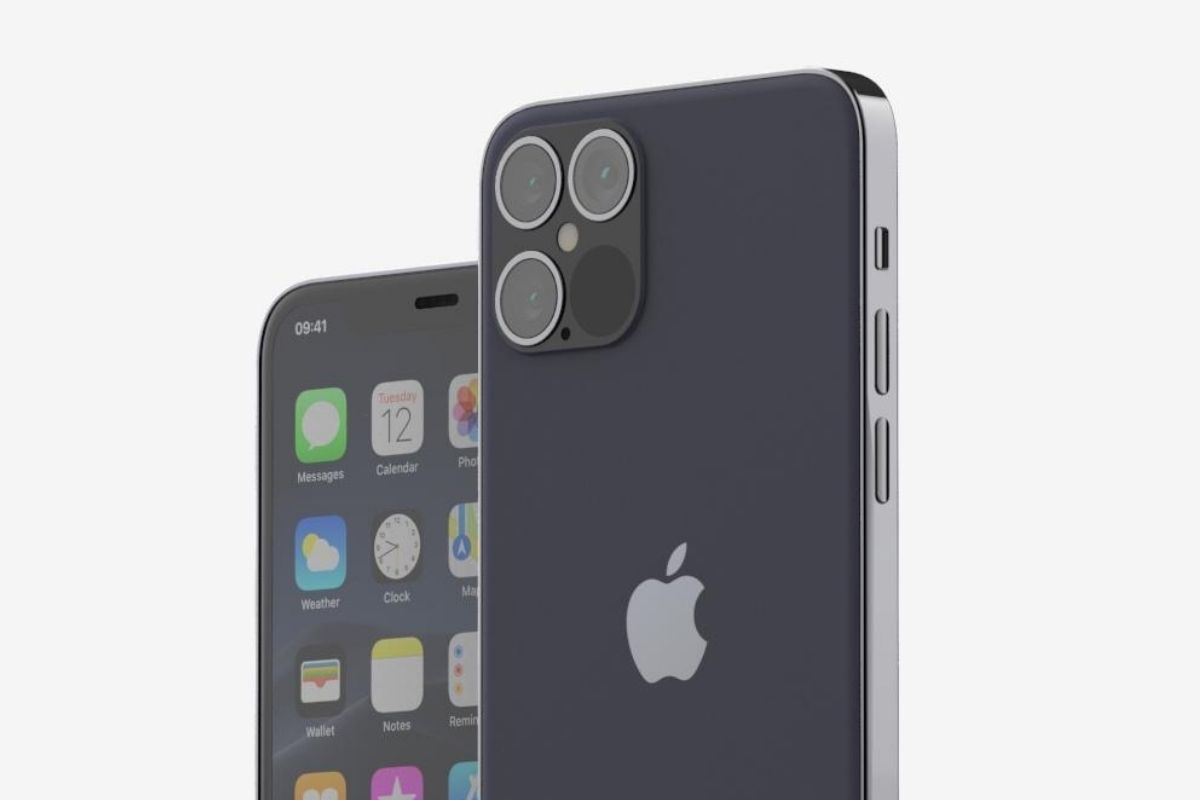 While Apple did not unveil new models of its smartphones during its recent September presentation, it did talk about the A14 Bionic mobile processor, which will be the heart of the next generation iPhone. Apple has claimed 17% faster CPU and 8% faster GPU performance over its predecessors. The found results of testing the iPhone 12 Pro Max in the AnTuTu package roughly confirm these claims. 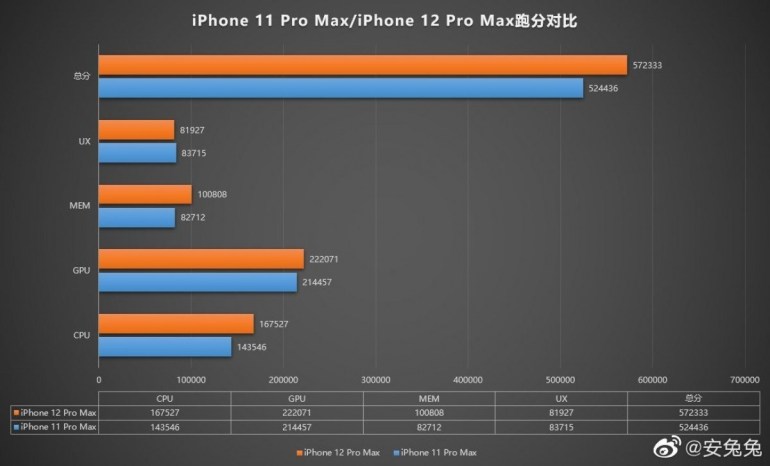 In the AnTuTu test, the iPhone 12 Pro Max scored 572333 points. Compared to the competing flagship processor Snapdragon 865+, which is used in Android smartphones and they gain about 600 thousand points, this result does not look particularly impressive. 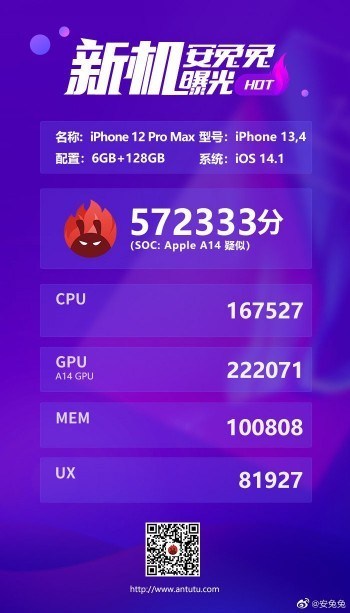 Thus, we can conclude that the world’s first 5-nanometer processor does not provide a significant performance gain, as one might expect. There may be several reasons for this. For example, Apple could focus on energy efficiency at the expense of productivity gains. This version explains the fact that the new iPad Air, powered by the A14 Bionic processor, offers the same battery life as its predecessor, although it has 8% less battery. In addition, an engineering sample could take part in testing, which has not yet been fully brought to the proper level.