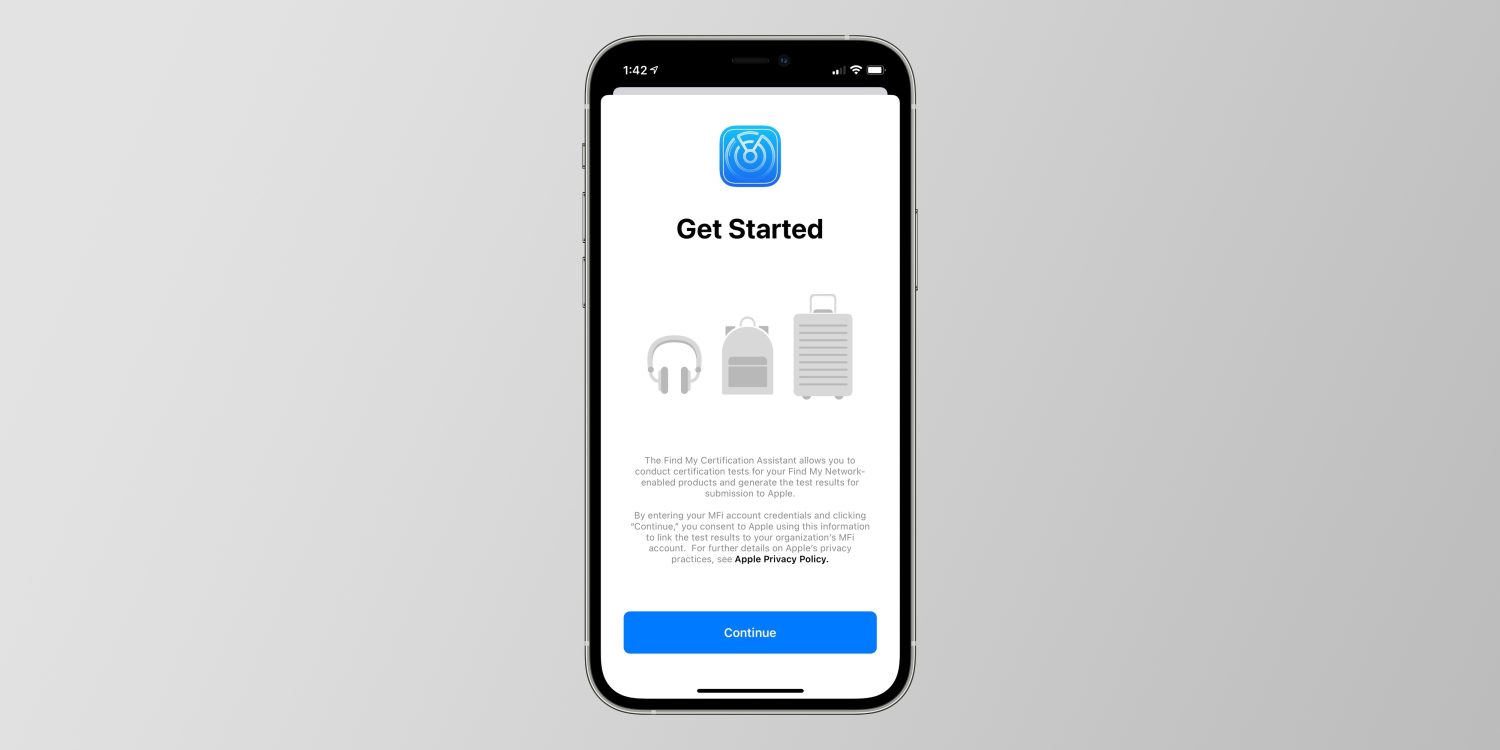 iOS 14 has become one of the richest innovative version of the operating system. Apple has prepared not only new features- Find My Certification, but also removed many of the restrictions that were in place in the past. One of these is the ability to search for third-party devices through the Locator application. However, neither in iOS 14 nor in iOS 14.1, nor until now, this feature has not worked. Therefore, many began to think that Cupertino changed their minds. But, as it turned out, everything went according to plan.

Find My Certification Asst. will allow manufacturers to test the operation of their accessories in conjunction with Locator

Apple released the new application Find My Certification Asst., which is intended for third-party gadgets and accessories whose manufacturers want to use Locator to find them. With its help, the companies that produce these same devices will test the resulting bundle before offering the search option to users.

What devices can be searched through Find My

Even though Find My allows you to search for AirPods, iPhones, and even Macs, there will be a strict restriction on access to the search service for third-party devices. According to the Find My Certification Asst. Description, only Made For iPhone certified accessories will be eligible to participate in the program. That is, let’s say, it will be impossible to find an Android smartphone using Locator, but the search tracker Tile is quiet.

This is quite understandable. After all, “Locator” is not an example of a more effective solution for finding missing devices than Google’s Find My Device tool, which searches for smartphones only as long as they are charged or are online.

Whether it is “Locator”. It allows the device to send signals via Bluetooth Low Energy even in a discharged state, which the iPhone of people passing by receives. In turn, they transmit information about the location of the lost gadget to the real owner.

YOU CAN ALSO READ:  Samsung TVs will feature HDR10 +

Find My Certification Asst application is not available for download in Russia, and, most likely, ordinary users will not be able to download and test it. However, judging by the screenshots, it offers a fairly extensive list of conditions for testing a device connected to Locator. It can test the connection method, the sound that the gadget will make, firmware updates, the use of NFC, UWB, tracking the remaining battery level, etc.

Search for third-party devices with Locator

Tile search beacons are clearly not the only gadget that can be searched using Locator.

Even though Apple launched the Find My Certification Asst. for testing and debugging the connection to the “Locator” of third-party devices, information on the timing of this function’s activation is not yet available.

Logically, one could assume that it will appear in iOS 14.5, but this is unlikely. Apple has already entered the final stretch of testing the update and is about to release it, but no mention of the possibility of connecting devices from the side to the OS was found.

YOU CAN ALSO READ:  Apple removes filter that allowed its apps to bypass protection in macOS Big Sur

So I would count on a release no earlier than iOS 14.6. The new version of the OS is well suited to offer users and manufacturers the ability to search for missing accessories. And since it won’t be released earlier than May-June, vendors will have enough time to debug and test and offer their customers a convenient search.

Perhaps Apple was reluctant to provide competitors with a convenient search tool for their devices. Still, Tile’s constant threats, which wanted to join Locator, and accusations of monopoly forced the Cupertino company to open access to everyone’s search service. Well, this only makes us better.