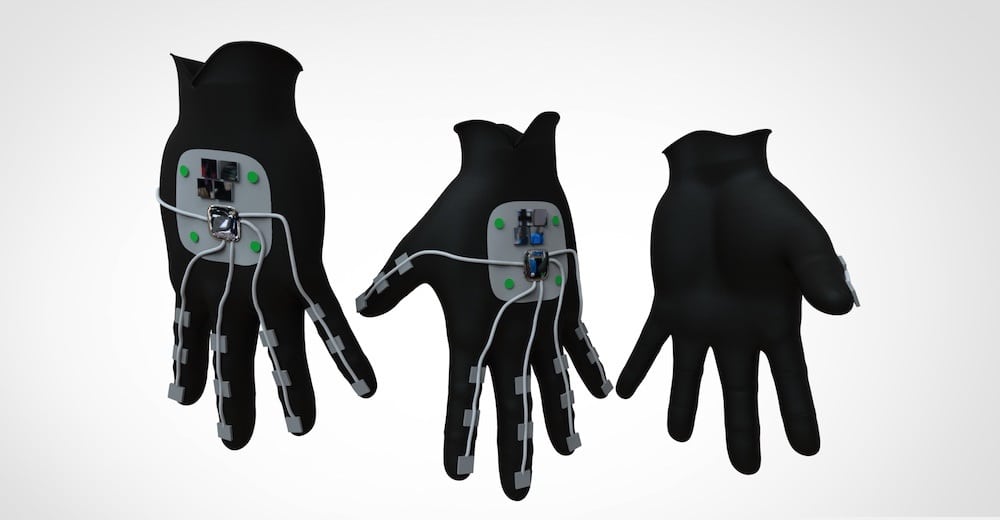 Apple Gloves: Everything you need to know!

Apple Gloves, a project that Apple is working on for the past 10 years.

To understand how much something is dear to us, we need to lose it. Since last fall, none of the Apple devices have responded differently to touch depending on its intensity. The first to acquire this ability was the Apple Watch. For them, this ingenious decision was vital. And they were the last to lose it. While Apple persistently tried to accustom us to Force touch, we refused to understand it.

We did not see the meaning in it (not all, but most). And now – Force Touch support removed from watchOS 7. Officially, definitively, and irrevocably. 3D Touch is a variation of Force Touch that is not supported in iOS since version 13. On devices capable of sensing pressure, the corresponding modules are locked. Still, there is hope for a return for Force Touch.

These gloves even have their own concepts.

What is Haptic Touch?

Haptic Touch is the technology that replaced Force Touch and works very differently. Haptic Touch distinguishes between the duration of pressing, and it is far from the same. But for its implementation, special iron is not required. Thus, it is not necessary to increase the devices’ strength, so it is cheaper and simpler.

But does this mean that Apple has forgotten about Force Touch? Not. Moreover, Apple has been developing mysterious gloves for 10 years capable of working with pressure sensing.

This is one of the many sequels to the cyber gloves project that Apple is doing since 2011. In 2011, its existence was first confirmed officially and documented – Apple received the first patent dedicated to them. We never saw the gloves themselves, but we use many of what was mentioned in passing and, as it were, between the lines in the continuation of this patent.

IN Apple patent application, published on March 4 this year, describes a method for recognizing the intensity of pressing on a surface using ultrasonic waves. To do this, it is enough to put on special gloves on your hands (or on your hand) – and the touch will be recorded, the touch force is calculated, and the software of the device paired with these gloves will be able to interpret it correctly. This is the same Force Touch or 3D Touch at any point in space, without overvoltage of the display, loads on the device case, wear and tear of structural elements.

How much can such gloves cost, and when will they go on sale? Apple-style answer: you don’t need to know about it. When reading the patent application, one gets the impression that the gloves were used for nothing more than an illustration. The description of the invention ends with the following statement:

To obtain the same effect, rings, thimbles, or other objects can be used, glued, or fixed in some other way on the user’s fingers.

In fact, apparently, no Apple gloves no and never were. The company uses them to describe the device technologies related to recognizing the pressure on the screen. But I hardly ever planned to release such a device.

Just in case: this is just a patent application. On behalf of and at the expense of Apple, eight authors sent it to the US Patent and Trademark Office (USPTO) on August 19, 2020, and published it on March 4, 2021, by the USPTO. It’s never Apple’s promise ever to release a device using this method. It’s a pity that inventions are just as attractive at first sight, which I would like to try on myself and use every day – one in a million.

Why did Apple remove Force Touch?

Apple advertised Force Touch and 3D Touch stubbornly, intrusively, and persistently – but somehow not so, because these technologies were appreciated only by people with a certain mindset. The entire multi-million dollar budget for promoting all types of Touch has been wasted and meaningless. However, Force/3D Touch cannot be called a failure either. From the first Apple Watch to the Apple Watch Series 5, with Force Touch, their tiny displays made it easy to initiate unexpectedly complex actions in incredibly compact devices. And in their other areas of application, they were at their best. They did not know about them, they did not understand, and they did not even try to master them.

The problem with Force Touch is not that it was not Apple who first thought of turning the intensity of touch into another touch interface dimension. And in 2015, when Apple Watch and MacBook sales began using Force Touch, Immersion Corporation accused Apple of infringement of its copyrights protected by three patents. The court found the accusation fair. The case did not come to a court verdict. In January 2018, Apple and Immersion resolved the issue without saying how. In July 2018, the Immersion Corporation accused Apple of infringing its copyright, protected by four more patents – and it was after this that Apple gradually and carefully began to abandon Force Touch and 3D Touch. In 2018, the Immersion Corporation had only 64 employees.