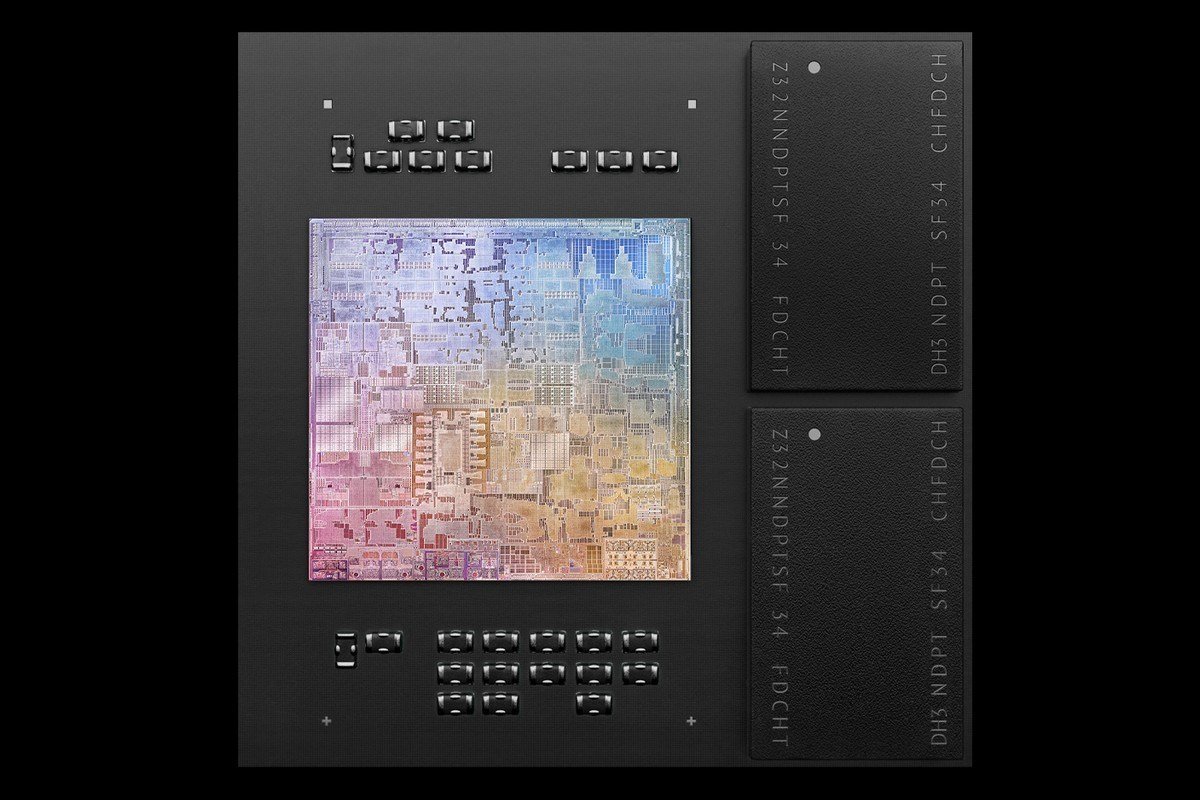 Last month, Apple launched the 13-inch MacBook Air (M1) and MacBook Pro (M1) laptops, as well as the Mac Mini (M1), powered by its own ARM-based M1 processors, which heralded a new milestone in Mac development. The first-born of the M1 series, as you know, is manufactured using the 5nm TSMC process technology and has eight ARM cores (four high-performance FireStorm and four energy-efficient IceStorm), eight-core graphics (128 execution units), a Neural Engine module, LPDDR4X-4266 RAM controllers and various interfaces. As it turned out, the chip turned out to be very successful and is quite capable of competing with the energy-efficient 11th generation Intel Core (Tiger Lake) and the more efficient Core i9 models used in the 16-inch MacBook Pro of the end of 2019. Back at the November presentation, Apple emphasized that the architecture of the M1 processors is easily scalable. And even then, it was clear that the release of more productive versions of the M1 is only a matter of time, and not so distant, given the manufacturer’s plans to complete the transition by 2022.

Mark Gurman is known for his close ties to Apple sources and has provided us with reliable information on more than one occasion in the past. So in a recent report, he writes that Apple is developing several new M1 chips of various configurations, including a high-performance version with a 32-core CPU for desktop PCs, which can compete with x86-compatible Intel desktop chips. This mysterious chip will power the new iMacs (Early 2021) and the professional desktop Mac Pro (Late 2021) in half the size.

The Bloomberg journalist also mentions the M1 variant with a 16-core CPU for the future 16-inch MacBook Pro, and notes that along with the increase in CPU cores in future SoCs, Apple engineers plan to increase the number of processing units of the integrated GPU – from the current 7-8 to 16 and 32 respectively. Also, Apple’s plans for late 2021 – early 2022 include releasing its own high-performance discrete graphics with 64 and 128 compute units, which will allegedly be several times faster than the NVIDIA and AMD GPUs used in the current Mac models.

YOU CAN ALSO READ:  Adobe releases ARM version of Lightroom for Windows and macOS

Earlier, Bloomberg also reported about the 12-core Apple CPU, which has not yet been officially presented.

If everything turns out to be so, then in the future, we are likely to face a global rebuilding of the PC market landscape.