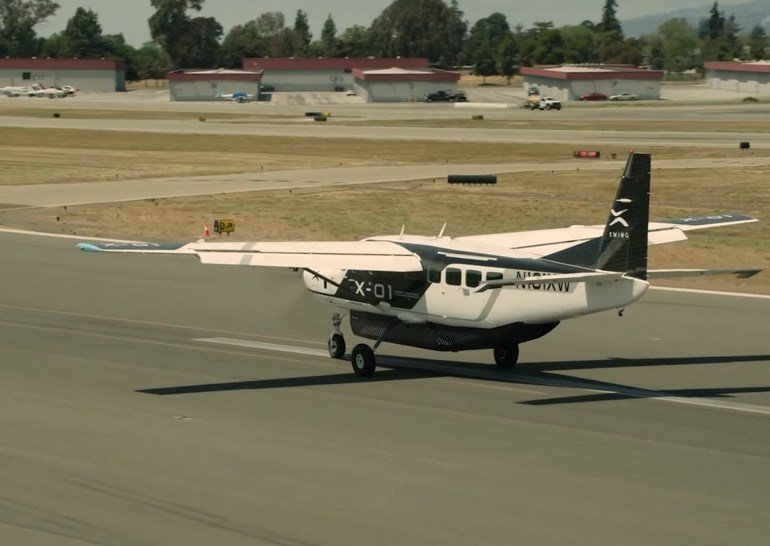 American aviation startup Xwing carried out the conversion of the small multifunctional aircraft Cessna 208B Grand Caravan into a cargo drone, which will be used for automatic delivery of goods over medium distances.

The developers have already conducted about 70 test flights in fully automatic mode from take-off to landing, and also received permission from the Federal Aviation Administration to fly the unmanned Grand Caravan with cargo. For now, the pilot must be in the cockpit during these flights.

When converting the Cessna 208B into a drone, Xwing installed a proprietary Autoflight system on the aircraft, which includes airborne collision avoidance subsystem sensors and a digital flight control system. Naturally, Autoflight is also capable of exchanging information about other aircraft in the air with air traffic control services and transmitting its own flight plan. At the moment, Autoflight is capable of taking off and landing an aircraft, as well as flying along a predetermined route. In the future, the developers plan to add the possibility of automatic taxiing along the airfield.

YOU CAN ALSO READ:  Apple May Build Apple Car with Hyundai

The need for medium-range unmanned cargo aircraft is experienced by both delivery services (one of the main explants of the Cessna 208B Grand Caravan is FedEx Feeder, a division of FedEx Express), and small airlines operating in remote regions of the planet. Several companies are developing in this direction at once, some of them are planning to create special unmanned chassis, while others, like Xwing, will convert existing aircraft into unmanned aircraft.

The Cessna 208 Caravan has been produced by the Cessna Aircraft Company since 1982. To date, more than 2,600 of these aircraft have been built. The 208B variation, which has the marketing name Grand Caravan, was introduced in 1986 in a cargo version and in 1989 in a passenger version with a cabin for 11 people. The cost of one Cessna 208B Grand Caravan EX (updated version of 2012) is $ 2.7 million.

The Cessna 208B Grand Caravan is often the subject of modifications. In May 2020, AeroTEC and magniX conducted flight tests of the electrified version of the Grand Caravan… As part of this project, the standard 648 kW Pratt & Whitney PT6A-140 turboprop engine was replaced by a 560 kW electric magni500 motor. During testing, the aircraft, dubbed the eCaravan, spent 30 minutes in the air. Roy Ganzarsky, CEO of magniX, expects that over the next 15 years, half of all flights up to 1800 km will be carried out on all-electric aircraft.

The Cessna 208B Grand Caravan is featured in the standard version of the recently released Microsoft Flight Simulator.